Gregor Hannah, Lady of the Glen

Gregor Hannah was attracted to whisky thanks to his father’s career as a bagpiper. Now the director of Hannah Whisky Merchants is building a reputation as an independent bottler of single cask whiskies under the Lady of the Glen brand. He spoke to Felipe Schrieberg. 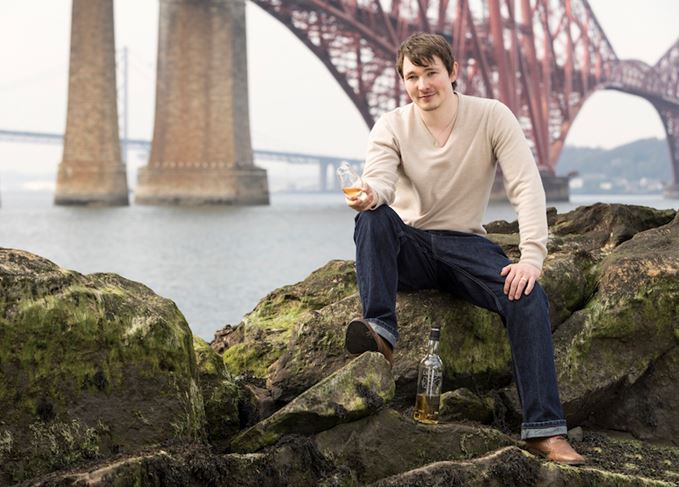 Pied piper: Gregor Hannah was indirectly lured into whisky by his father’s bagpiping

‘I was born in Perth, but I grew up in Edinburgh and in Kilmarnock for a short period of time. I went to Balerno High School before going to Stirling University, and then came back to Edinburgh to look for jobs before deciding to get more serious about whisky.

‘I originally got into it through my dad’s collection. He was a piper in the Army – he used to do the Black Watch tours in the US and Japan. When he came out of the Army, he did a lot of weddings and funerals, and used to get bottles as thanks for his piping. I was inspired by that to get into whisky, and eventually into the whisky industry.

‘I started Lady of the Glen [Hannah’s brand of single cask whiskies] after the Johnnie Walker plant closed in Kilmarnock in 2012. I was quite upset about it as I did have friends and family who were a part of the organisation that were let go, and I had the idea that something should be done with the casks that might have been left there.

‘I think even five years ago consumers didn’t really know as much about rare whisky or single cask whisky, so I decided to focus on that.

‘My first casks were a Benrinnes and an Invergordon. I got them through a friend. I didn’t have any of the required licences at the time, so I got the stock first and then I had to get all the licences in order to sell it.

‘The Invergordon in particular was really interesting – it was like vanilla pudding. I was recently able to try it again as my stepfather still had a bottle of it in his collection. I think it’s still the best thing I’ve released yet.

‘There are lots of stories of people who have got wonderful casks – perhaps they inherited them from family or bought them and paid all the duty, but have not been able to move them – and they just sit there.

Grape and grain: Gregor Hannah believes a wine background can be helpful in whisky

‘I can’t keep count of the number of casks I’ve released so far, but there’s been some great highlights. We’ve managed to do a Littlemill, a Caperdonich, we’ve done a few Bunnahabhains, some secret distilleries, and we’ve managed to get hold of some great Sherry butts.

‘I believe the role of a good independent bottler is not just to release a cask unless it’s really, really high-quality. You do want to take the casks and put your own character on it. You want to finish it or rerack it, to produce something that is truly unique because that’s the beauty of independent bottling.

‘We’ll soon do a small batch release of whiskies aged in octaves, as well as whisky aged in Sherry butts sourced directly from Spain. We’re looking into getting some Japanese oak.

‘We want to develop the product range so there’ll be stuff over 15 years old released each quarter, and stuff which is released from odder casks, such as rum, oloroso and PX [Pedro Ximénez]. We’re aiming to release three unique casks each quarter.

‘I’m right now doing the brewing and distilling masters at Heriot-Watt University. I’ve done all the tours of distilleries and had great chats with distillery managers, but I wanted to learn more about how it is properly made, and specifically focus on the wood, and the chemical compounds that add flavour to whisky. It has been a really interesting course in that respect.

‘Outside of whisky, I’m really into music and going to concerts and gigs. I started learning piano after a break-up, as I had some extra time on my hands! Recently, I got tickets to see Iron Maiden. I’ve got tickets to see Del Amitri, Ray Lamontagne. I also really like going to music festivals, and I regularly go to the Usher Hall to see the Royal Scottish National Orchestra.

‘I like wine – I’m a really big wine drinker. If you want to develop a good whisky palate, it helps to appreciate wine because you find that it’s a lot more approachable for many people. I think it’s also easier to convert people to whisky if they have a wine background.

‘And I’m a huge Hearts fan, but I don’t get to see them much any more!’