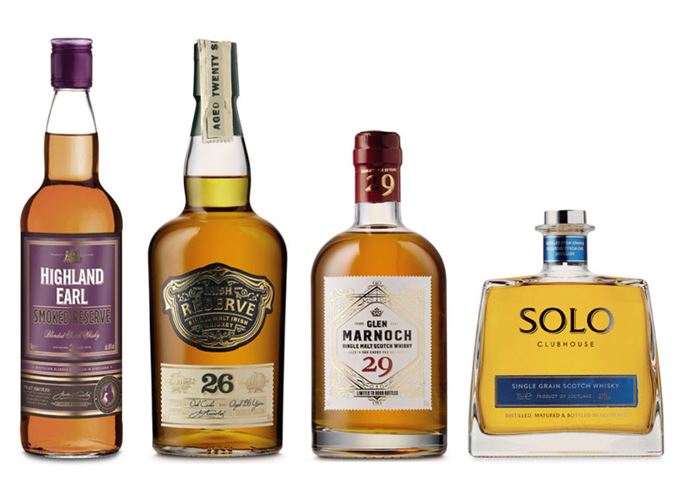 Aldi Christmas: The budget supermarket has launched a series of low-priced whiskies

The range, which includes a variety of spirits from Scotch and Irish whiskies to rum, gin and vintage Armagnac and Cognac, is available at budget prices in UK stores from 14 November.

Sourced from an undisclosed distillery and bottled at 40% abv, the release is described as being ‘light and floral’ on the nose, with notes of ‘gentle spices, sweet vanilla and light fruits’ on the palate.

It is one of the oldest Glen Marnoch expressions from the Aldi-owned brand, which has previously been presented as a 12- and 18-year-old Highland single malt, and 18-, 24- and 28-year-old Speyside malts.

Limited edition: Only 9,000 bottles of Glen Marnoch 29-Year-Old are available

The selection also includes a limited edition 26-year-old Irish Reserve single malt at £39.99. Bottled at 40% abv, the expression is described as being ‘smooth and rich, with an abundance of fruity sweetness’.