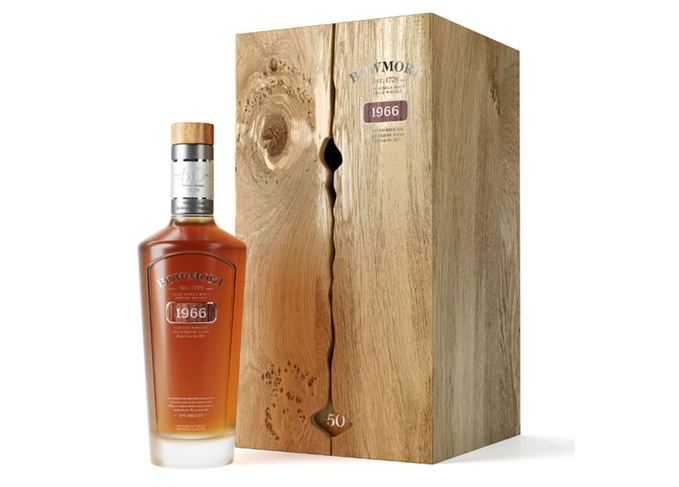 Scottish oak: Each hand-carved cabinet will have its own unique look

Only 74 bottles of Bowmore 1966, which spent 50 years in a single ex-Bourbon hogshead, cask number 5675, will be available at whisky specialists from this December.

The whisky was distilled in the same year that the Islay distillery first officially bottled Bowmore as a single malt, and it also marks the year that former Bowmore manager Eddie MacAffer joined the distillery.

It is said to have ‘unlocked the exotic fruit tastes distinctive of 1960s Bowmore whiskies’, including flavours of lychee, pineapple and watermelon, as well as light floral notes.

‘I am honoured to celebrate such a pivotal year in Bowmore’s history and launch this incredible whisky, which was not only nurtured by Eddie himself, but was also discovered the very year Eddie joined us.’