Plans to build a single malt whisky and gin distillery in an abandoned ‘ghost village’ on Scotland’s west coast are being considered by the local council. 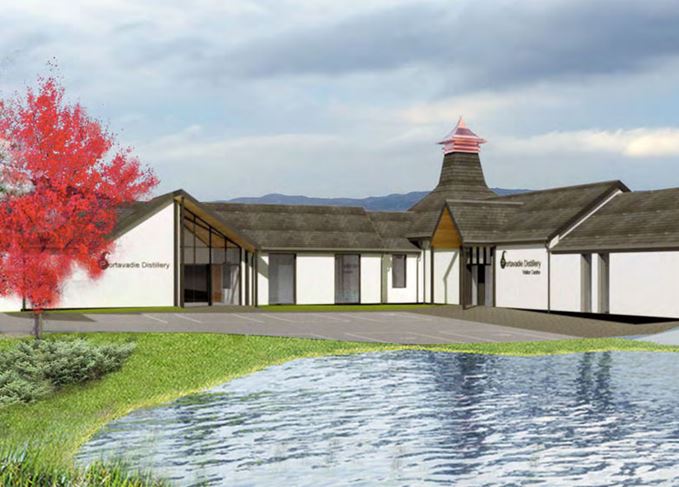 Portavadie distillery: Designs are being considered by Argyll and Bute Council's planners

Proposals to build Portavadie distillery on the former site of Polphail village on the west coast of the Cowal peninsula have been lodged with Argyll and Bute Council.

If approved, the new 60,000-litre whisky and gin distillery will be constructed in the now demolished community, often referred to as a ghost village as its buildings were never occupied.

The village was built in the 1970s as accommodation for workers on the planned oil rig construction yard nearby, but the yard never went into production and the village remained unused.

Although a group of artists known as Agents of Change occupied the dilapidated buildings in 2009, the site was demolished in 2016 to make way for the Portavadie distillery and to allow the regeneration of the area.

Building work is expected to commence on the distillery in mid-2018 – pending planning approval – and will also incorporate a visitor centre and gardens.

Ghost town: Polphail village was never occupied, and stood silent for more than 40 years before its demolition

According to plans, Portavadie distillery will produce both malt whisky and gin, the latter using botanicals grown on the surrounding estate.

The distillery will be laid out in the form of a traditional farm steading, with buildings centred on an ‘events’ courtyard.

A visitor centre will provide tastings and refreshments in a café/bar, while plans also include a ‘whisky library’. Visitors will have the opportunity to forage for their own ingredients as part of gin-making workshops.

The distillery is the brainchild of Alexander (Sandy) Bulloch, the former owner of Loch Lomond, Glen Scotia and Littlemill distilleries.

Bulloch established Portavadie Distillery Ltd in 2007 with a view to build a ‘small craft’ whisky distillery on the Cowal peninsula. Since then, the entrepreneur has overseen the development of the nearby Portavadie Marina and spa resort.

According to plans, Portavadie distillery will ‘…significantly enhance the tourist demand within the area, benefiting the local economy, provide local employment, wet weather opportunities, and extend the tourism season’.

A protected species of bat found to be living in Polphail village, which temporarily halted progress on the project, was later rehoused in an on-site bat roost.