Diageo has teased the release of a new collection of Game of Thrones-inspired single malts, due for release this autumn. 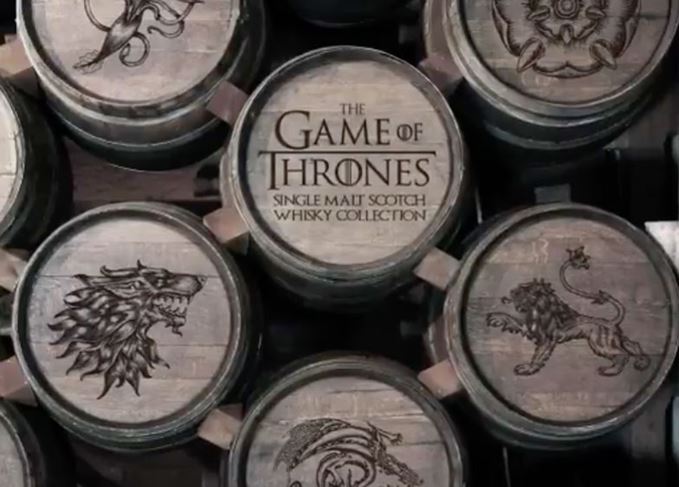 Teaser trailer: Little is being given away about the new Game of Thrones Single Malt Collection

The series will feature eight single malts from the Scotch whisky producer’s stable of distilleries and brands, including Lagavulin, Oban, Talisker, Cardhu, Royal Lochnagar, Dalwhinnie, Clynelish and The Singleton.

It’s anticipated that each bottling in the series will be named after the seven Great Houses of the Seven Kingdoms – Stark, Targaryen, Lannister, Tyrell, Bolton, Baratheon and Martell – as well as the Night’s Watch, an army tasked with defending The Wall against the wildlings who live beyond.

The collection is due for launch later this autumn, ahead of the eighth and final series of Game of Thrones, which airs in 2019.

The TV dramatisation of George R.R. Martin’s fantasy novels has received widespread acclaim since its debut in 2011, including 38 Primetime Emmy Awards.

The Game of Thrones Single Malt Collection will also coincide with the release of a commemorative Johnnie Walker.

The release of White Walker by Johnnie Walker was teased across social media in May this year, with an image of the brand’s iconic Striding Man transformed into a White Walker – one of the show’s army of undead villains.

White Walker by Johnnie Walker is also scheduled for release this autumn, although brand owner Diageo is yet to unveil further details about the edition.