New blended Scotch whisky The Woodsman has been launched to appeal to younger consumers usually unattracted to ‘traditional’ Scotch branding. 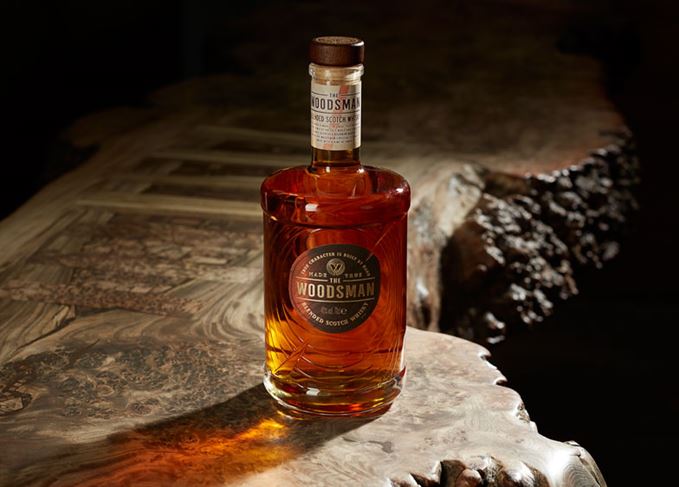 Wood-driven: The Woodsman is matured in a combination of virgin American oak and ex-Bourbon casks

The new blend, from Glasgow-based producer Whyte & Mackay, is a no-age-statement blend with a ‘stylish look’ and wood-driven flavour profile.

Matured in a combination of virgin American oak and ex-Bourbon casks and bottled at 40% abv, the expression is described as having notes of vanilla, spice and a ‘subtle, smoky sweetness’.

‘Our research showed us there are younger consumers drinking across several categories but avoiding Scotch because they’re put off by traditional category cues.’

Launched this week at the Edinburgh Festival Fringe’s Underbelly, The Woodsman will be available across the UK for around £28 a bottle.

The introduction of The Woodsman follows Whyte & Mackay’s relaunch of Fettercairn single malt last week, and Jura earlier this year.