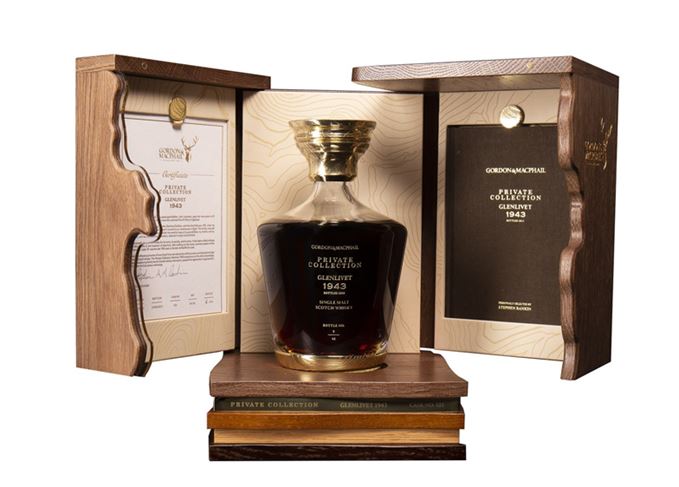 Private Collection: The rare 1943 Glenlivet is one of 42 bottles filled from a single Sherry cask

The whisky is one of only 42 bottles filled from the cask and is bottled in a blown-glass decanter.

The bottle was sold by Glasgow-based auctioneer McTear’s to an unknown collector from China, who travelled personally to attend the auction.

McTear’s whisky expert Graeme Maxwell said: ‘The Private Collection Glenlivet 1943 is revered amongst whisky connoisseurs and we were delighted to see it make such a good price.

‘We have seen some exceptional bottles come through the doors at McTear’s over the years and there is no doubt this sits as one of the most magnificent whiskies we have had the privilege to auction.’

Other whiskies sold as part of McTear’s Rare & Collectable Whisky Auction included a bottle of Macallan Nicol’s Nectar, which sold for £6,500, and an Ardbeg 1976 single cask bottling, which sold for £3,800.