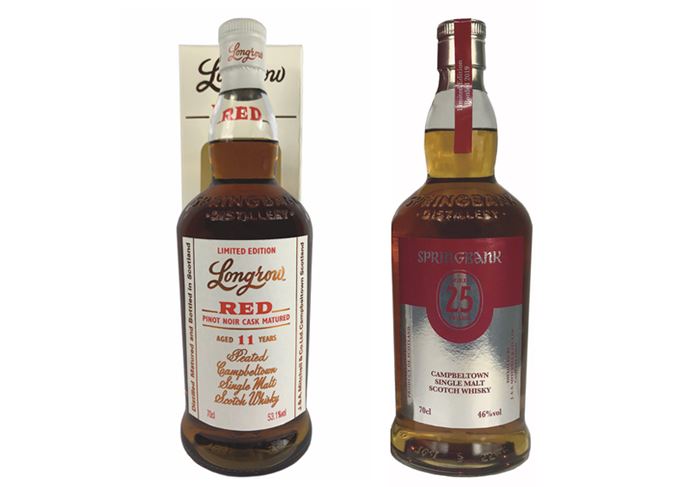 The Springbank 25 Year Old is comprised of 60% single malt fully matured in Sherry casks and 40% whisky matured in rum casks, which were married before being bottled at 46% abv.

Said to represent ‘maturity and complexity at its best’, the whisky is described as having notes of ‘cured meat’ on the palate alongside ‘tropical fruits and muscat wine’.

Bottled at a cask strength of 53.1% abv, the whisky is said to carry notes of ‘creamy red apples and homemade rhubarb crumble’ on the nose with ‘raspberry jam’ and ‘burnt embers’ on the palate.

Both whiskies are available worldwide from today (15 February), although the release date may vary in international markets.

Springbank is the only distillery in Scotland to carry out 100% of the production process on-site, from malting and distilling to maturation and bottling.