From the age of 16, collecting rare whiskies has been a lifelong journey for Italian Diego Sandrin, via weekend road trips across Italy on the hunt for old gems, to building one of the world’s most complete collections of Italian bottlings. For him, it is a way of life that has also led to some surprising and emotional discoveries, as Angus MacRaild reports. 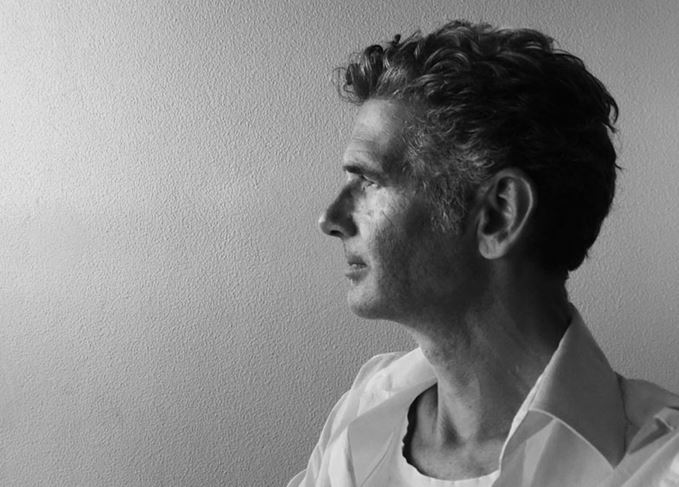 Love story: Sandrin's obsession with whisky began at the age of 16

Who are you and what do you do?
‘My name is Diego Sandrin. I live in the province of Venice. I am a composer, I run a plastic manufacturing company and an online whisky shop, Lion’s Whisky.’

How did you first get into whisky?
‘It was love at first sight. When I was just 16, I fell in love with whisky label designs and bottles and I started collecting as soon as I had some money in my pockets. Then I stopped for a stint in the military and when I returned I tasted a 25-year-old Macallan and fell in love with the sweetness and smoothness of the stuff. I was hooked and started collecting it.
‘Then I moved to the US for 15 years, during which time I stopped collecting, as it was hard to find interesting whiskies over there in those days. When I came back, my bottles were waiting for me, perfect in every way and worth five times what I paid for them. So that didn’t hurt and I started to collect seriously again.’

How would you characterise yourself as a collector?
‘I mainly focus on Italian bottlers – Samaroli, Silver Seal, Intertrade, Moon, Sestante – but I also tend to collect what I like to drink. I usually do not buy the latest “fad” or the fancy expensive releases with huge boxes that are so much in vogue now. It’s more about the product for me.’

Sandrin's collection: Italian bottlers such as Samaroli and Intertrade are highly sought-after

How has being a collector affected the rest of your life?
‘In the beginning, quite a bit. Before we had children, my girl and I used to spend weekends on the road. Choosing a province each time, we would drive and stop in every bar or pâtisserie in search of old bottles of whisky. Back then it could be done – we would come home more often than not with a trunk full of delicious gems.
‘It is of course impossible to do now, as there are probably over 100 “hunters” who do nothing other than drive around for bottles all day and every day. One thing which we had set as a rule was that the collection had to pay for itself – and the drinking. We set aside €2,500 and, with this, we started to buy and sell. Maybe we’d buy three bottles of Macallan, sell one, drink one and put one in the collection. This way, we didn’t spend too much, except for a couple of times in which the buy was bigger.’

As a composer, do you find there is a relationship between whisky and music?
‘Well I am biased, of course, and I have tried many a spirit. But there is absolutely nothing else which will give you that buzz – which is so helpful in writing – as whisky does. Just a dram or two will do, sipping it very, very slowly, through the composition process; for me there is nothing like it.’

What made you decide to start Lion's Whisky?
‘Well, the buying and selling was getting to be too exposed and in Italy we have some very strict financial laws when it comes to cash, so at a certain point I had to go “legal” and open a real company.
‘Many of the people who have started at the same time as me have chosen instead to keep doing it “cash only” and that kind of ruins the market if you ask me. I don’t want to feel like I have to hide my passion and means to make a living. Of course it turned out to be a great move; we came second for two years in a row in the Icons of Whisky awards from Whisky Magazine.’

You're known for your love of older-style whiskies. How do you think the modern day counterparts compare?
‘They just don’t. We often do modern bottling tastings, like 1990s distillations. We line them up and taste them, and we go looking – searching, really – for the fine notes, for the complexity and all that we love in a dram.
‘We find some here and there, and we come out of the session happy that we had some great drams. But, inevitably, then we take a sip of a 1960s or 1970s bottle and we just laugh. It just is another thing altogether. In my opinion, it is just impossible to do again, unless the Dornoch brothers pull it off!’

Collector's tip: With high prices, Sandrin advises collectors to 'buy what they like to drink'

Do the rising prices for older bottlings change the way you view your collection these days?
‘Oh, it absolutely does. I used to buy maybe 15 bottles per week on average for my collection, now it’s maybe one or two. It’s just crazy. I just do not know how it got to this point, I think now it’s much harder to invest in whisky. I do not do it any more because prices start high and so there is no way to know if there will be a margin.
‘A few years ago you could just kind of “gamble” – buy something that you thought could be good to drink and to invest in, buy a carton or two and then see how it went. No big loss if the investment turned out to be a dud, you could still drink them. But now it’s a very expensive endeavour. I would advise against starting to “gamble” nowadays. Just buy what you like to drink. That is what I do.’

What are the most prized bottles in your collection?
‘I have what I think is the most complete Italian bottlers collection in the world, and that’s my pride and joy. A few very rare bottles and some complete series, but my “first cent” and my most important bottle is a J&B 20-year-old decanter, worth close to nothing as it is all ruined and stained. But it was my first bottle, so it has a special spot in my display room.’

What would be your 'Holy Grail' bottles to find?
‘The 1919 Samaroli Springbank and some other rare Samaroli bottles. If you can spare one, give me a call.’

What has been the best whisky experience of your life so far?
‘Probably the day an elderly couple drove to my shop from Tuscany, rang the bell and said they had talked to me on the phone and had some bottles to sell, which they had found in boxes in their cellar. They used to give whisky as a present to clients when they had a company in the 1970s, but then forgot about them. They wanted to paint their house and needed €3,000, so wanted to know “could I buy the whisky?”. I said: “Let’s see what you got”, and moved the boxes into the shop.
‘Before we started opening the boxes, they gave me a bottle and said: “This is a present for you because you have been so nice on the phone,” and handed me an 8-year-old pear-shaped Bowmore. Well, I nearly fell over of course, and had an idea it was going to be an interesting morning.
‘We opened the boxes and before me lay dozens of 1960s and 1970s Bowmores: Bicentenaries, square Bicentenaries with dedicated, personalised labels which I had no idea existed, eight- and 18-year-old pear shapes.
‘I sat down and told them I wasn’t going to give them the €3,000. They looked at me smiling and said: “It’s OK, we know it was too much to ask, so can you make us your best offer?” I told them my best offer was €40,000. It took a while for them to believe me, so I showed them auction results and, leaving a margin for myself, we could both be very happy.
‘They cried with happiness, literally cried tears, and that is a scene that will forever stay in my mind. Two gentle old souls who finally had a break in the end.’