Glenmorangie has released a 1991 vintage single malt as the fourth limited edition in its Bond House No.1 series. 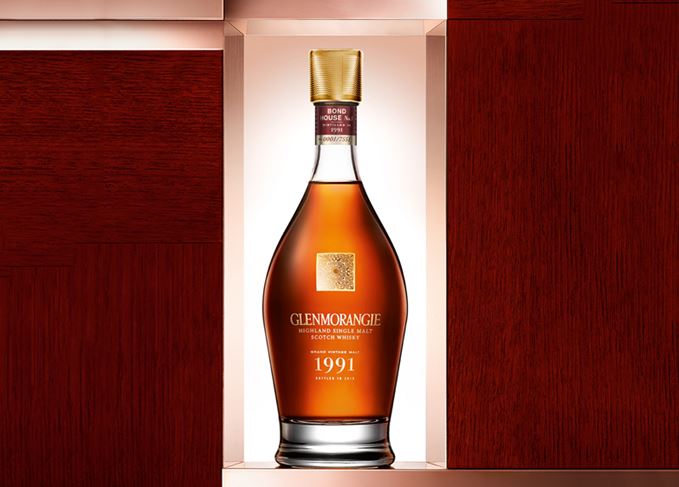 The result is a 43% abv whisky with a ‘slightly peppery mouthfeel’ and notes of ‘milk chocolate, stewed apples, plum and ripe red fruits’ on the palate.

Lumsden said the conflicting character of the two casks was what drew him to ‘the challenge’ of combining them.

‘Glenmorangie Grand Vintage Malt 1991 honours those early pioneers who dedicated themselves to the art of the wood finish in 1991, whose work still guides us today.’

Glenmorangie was one of the first distilleries to market a cask-finished single malt with the 1987 release of a 1963 vintage finished in ex-oloroso Sherry casks.

Its Bonded Warehouse No.1 series takes its name from the largest of the Tain distillery’s 19th century warehouses, which was transformed into a still house in 1990.

Glenmorangie Grand Vintage Malt 1991 is available from 9 April from specialist retailers for around £630.