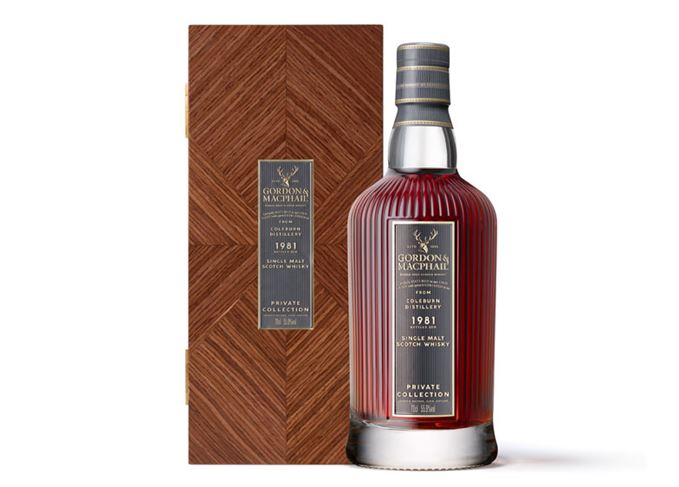 Springtime spirit: G&M’s Coleburn malt has been released as part of the Private Collection range

The company has released a total of 21 new bottlings for the collection, with the Coleburn single malt marked as one of the ‘highlights’.

The expression was distilled in 1981 and matured in a refill Sherry hogshead before being bottled in March 2019 at 55.9% abv.

It is said to contain ‘rich flavours of Sherry-soaked fruit, liquorice and dark chocolate’, and a long finish ‘brimming with toffee notes and a hint of smoke’.

Only 101 bottles of the expression have been created, and is available to purchase at around £1,250 each from selected specialist retailers worldwide.

Stephen Rankin, director of prestige for G&M, which is currently maturing spirit from 26 mothballed or closed distilleries, stated: ‘Our mantra has always been to “do right by the whisky”; recognising when it has reached its ultimate peak and then bottling it regardless of commercial pressures or notable birthdays.

‘Brought to you as a rare single malt, this 38-year-old release exhibits the true spirit of the Coleburn distillery.’

Coleburn was founded in Longmorn, Elgin in 1897, but was closed in 1985 by then-owner Distillers Company Limited due to degrading plant equipment and a turbulent period in the whisky industry.

Much of Coleburn’s whisky was used in blends, and as a result has rarely been bottled as a single malt.

G&M has made efforts in the past year to update and modernise its business.

In November 2018 G&M redesigned its Private Collection series with new packaging and bottles.

The redesign followed G&M’s decision in April 2018 to streamline its portfolio of products from 16 different ranges down to five in order to stop consumers ‘getting lost’.