A pair of 57-year-old Longmorn single malts, priced at £30,000 a set, have been released by independent bottler Gordon & MacPhail (G&M) to complete its ultra-rare Private Collection series. 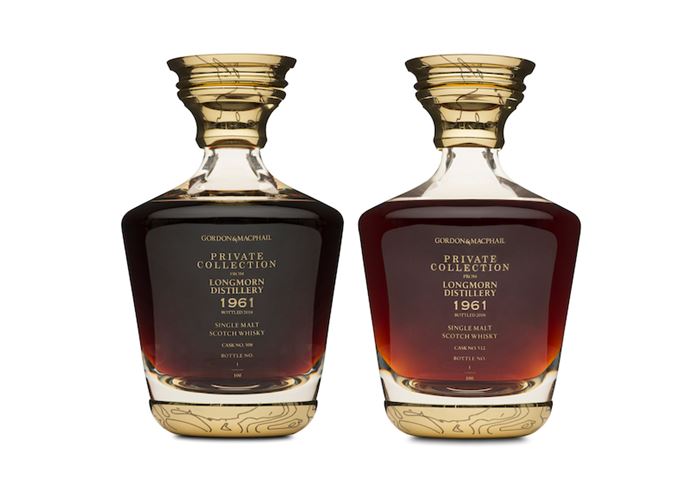 Rare Speysiders: The pair complete G&M’s Private Collection alongside Linkwood and The Glenlivet

The ‘twin’ 1961 single cask whiskies are the oldest Longmorn releases to date, and were chosen for bottling by G&M’s Stuart and Richard Urquhart, who are identical twins.

Sourced from stock laid down by the twins’ grandfather, George Urquhart, the two whiskies from the Speyside distillery will be sold as a pair, with only 97 sets available worldwide.

Both Longmorns were matured in first-fill Sherry hogsheads and bottled at cask strength, with Stuart and Richard Urquhart choosing a whisky each:

‘This is a unique and exclusive opportunity to taste a remarkable piece of Scotland’s liquid history,’ said Stephen Rankin, G&M’s director of prestige.

‘Owners of these twin decanters will be able to explore the similarities and nuances of the oldest Longmorn single malt Scotch whiskies ever bottled.’

Each whisky comes in a numbered, hand-blown decanter, with a book written by rare whisky specialist Jonny McCormick and a certificate of authenticity signed by each brother.

G&M has also teamed up with Prof David Purdie, a fellow of the Royal College of Physicians, to examine the impact of heritage, environment and location on the character of twins, resulting in two short films on the G&M website. 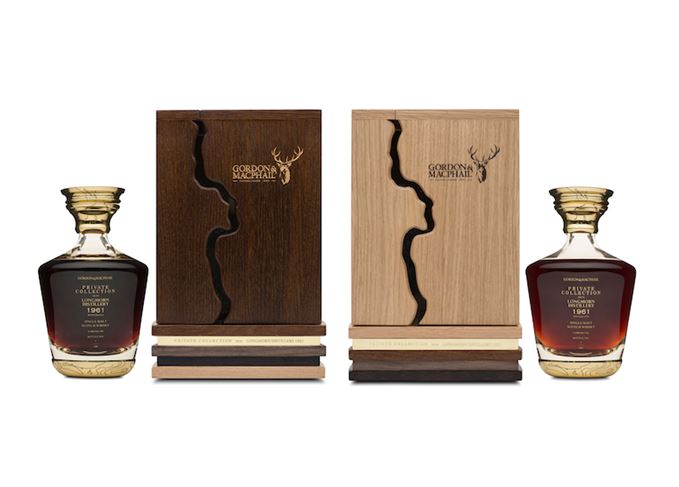 Oldest yet: The twin releases are the longest-aged single malts so far from Longmorn