Historians have discovered what is believed to be the earliest reference to a Scotch whisky still in a 1505 entry in the Burgh Records of Aberdeen. 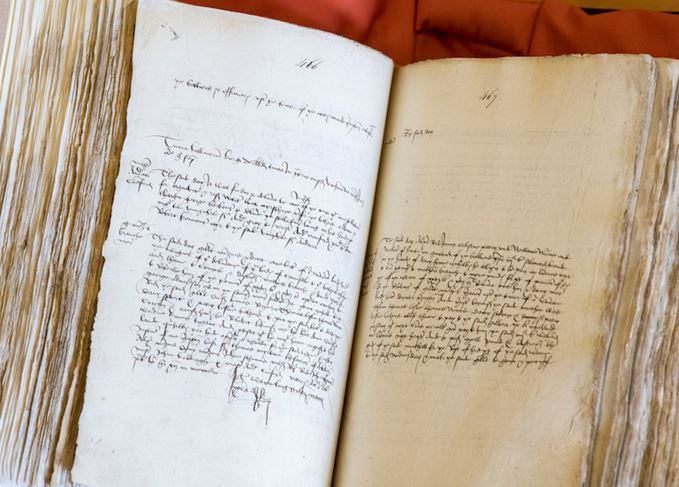 On the record: The reference comes in Aberdeen’s Burgh Records of 1505

The text, discovered by University of Aberdeen research fellow Dr Claire Hawes, is part of an inquest into the inheritance of chaplain Sir Andrew Gray, and names among his possessions ‘ane stellatour for aquavite and ros wattir’.

According to researchers, the description suggests that the ‘aquavite’ – the Middle Scots word for whisky, derived from the Latin aqua vitae – was whisky to be drunk, rather than spirit to be used in the manufacture of gunpowder.

The earliest reference to whisky is generally accepted to come in the Exchequer Roll of 1494, in which a monk, Brother John Cor, is given ‘8 bolls of malt, wherewith to make aqua vitae for the King’.

But experts have pointed out that John Cor’s aqua vitae may have been used in the manufacture of gunpowder, or in researches into alchemy, rather than to make a potable spirit.

‘This is a very significant find in the history of our national drink,’ said Dr Jackson Armstrong, who led the project to transcribe the Burgh Records. ‘It reframes the story of Scotch whisky and suggests new layers of complexity in Scotland’s urban history.’

For consumption?: The description implies that this ‘aquavite’ was to be drunk

He added: ‘This is the earliest record directly mentioning the apparatus for distilling aquavite, and that equipment was at the heart of renaissance Aberdeen where at this time our own university had just been founded and the educational communities of humanism, science and medicine were growing.

‘This find places the development of whisky in the heart of this movement, an interesting counterpoint to the established story of early aquavite in Scotland within the court of King James IV.

‘What is more, some other early references to aquavite refer to the spirit used in the preparation of gunpowder for the King. The Aberdeen still being for aquavite and rose water may suggest, by contrast, that it was for making whisky to drink.’

Now the historians have been awarded £15,000 to continue their research by Chivas Brothers, which owns whiskies such as Chivas Regal, Ballantine’s and The Glenlivet, and which has strong links with Aberdeen.

Dr Hawes said the funding would enable researchers to look more deeply into the Burgh Records for entries related to distillation, which could ‘significantly change our understanding of the origins of our national drink’.