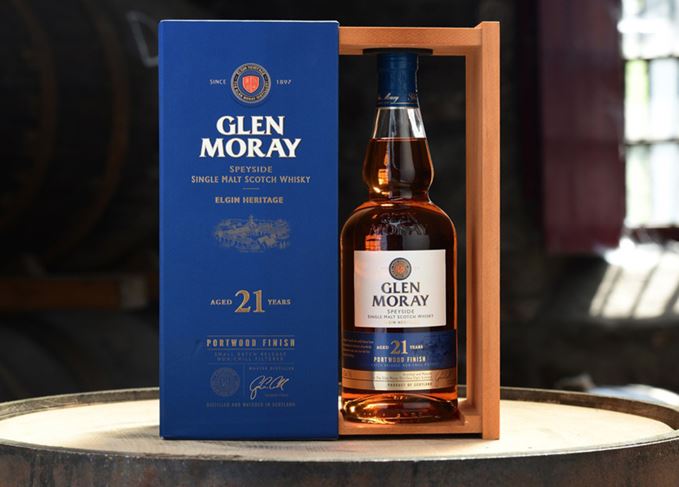 Into the woods: Glen Moray 21 Year Old Portwood Finish has been matured in ex-Port casks

Matured in American oak ex-Bourbon casks before a secondary maturation in Port casks, the 21 Year Old single malt is said to be full of ‘blackcurrant and liquorice’ notes with ‘chewy caramel toffee and chilli infused chocolate’ on the finish.

Graham Coull, master distiller at Glen Moray, said: ‘The whisky is the perfect balance of American oak and Port flavours – immerse yourself in what is a wonderfully complex dram.’

Bottled at 46.3% abv, the 21 Year Old was initially sold as an exclusive from Edinburgh’s Royal Mile Whiskies during the Whisky Fringe Festival 2019, which ran from 9-11 August.

However, the whisky is available from specialist whisky retailers worldwide from today (12 August), priced at £125 per 70cl bottle.

The 21 Year Old is part of Glen Moray’s Elgin Heritage collection, the distillery’s range of age-stated single malts described as ‘an accessible slice of luxury’, which also includes expressions such as the Bourbon-inspired Fired Oak.

The distillery is also experimenting with a series of more unusual cask finishes as part of its Curiosity Collection, such as its Rhum Agricole Project which was launched earlier this month.