Speyside whisky brand The Singleton has released its oldest single malt to date, a limited edition 53-year-old from Dufftown distillery laid down in 1964. 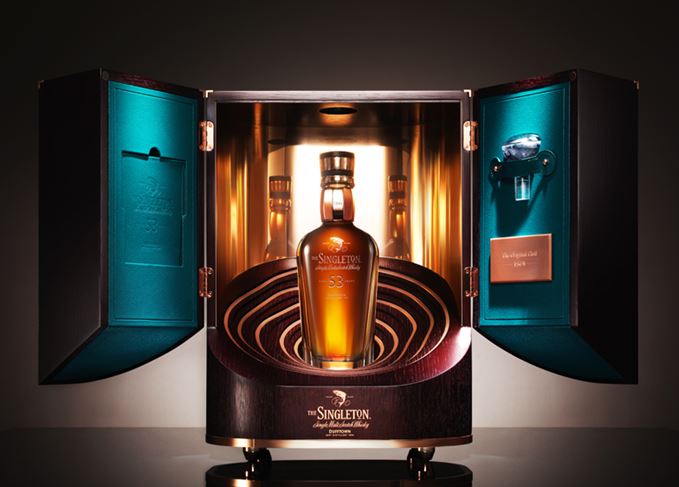 Time served: The Singleton 53 Year Old is part of the new Paragon of Time Collection

Matured in a single hogshead cask and bottled at 40.6% abv, The Singleton of Dufftown 53 Year Old 1964 Vintage is the first in the whisky brand’s new Paragon of Time Collection.

‘It’s been an honour to be a part of this series that captures the perfection that only time can achieve.’

The whisky is said to feature ‘scented hand-cream, rose water and exotic tropical and berry fruit’ notes on the nose, with ‘dried figs and a suggestion of toffee’ on the palate.

Priced at £26,400 per 70cl bottle, only 117 decanters are available at selected speciality retailers in the UK and across Asia.

The 53 Year Old will be presented in a crystal decanter and housed in a wooden presentation case, with a piece of the original cask incorporated into the packaging.

The Singleton has also partnered with award-winning artist Cai Zhi Song to celebrate the release by creating a commemorative sculpture called Blossom, which will be auctioned at a later date alongside a bottle of The Singleton 53 Year Old.

It surpasses the brand’s previous oldest release, the 40-year-old Glendullan single malt from the whisky’s Forgotten Drop series released in 2018.