Can grain whisky ever be truly great?

More attention appears to have been devoted to single grain whiskies over recent years, although the involvement of a certain celebrity ex-footballer may have played some part in that. But are grain whiskies more than just a top-up for blends? Can they ever attain true greatness? As the debate kicks off between two whisky pros, Tom Bruce-Gardyne takes up the commentator's sheepskin coat and microphone. 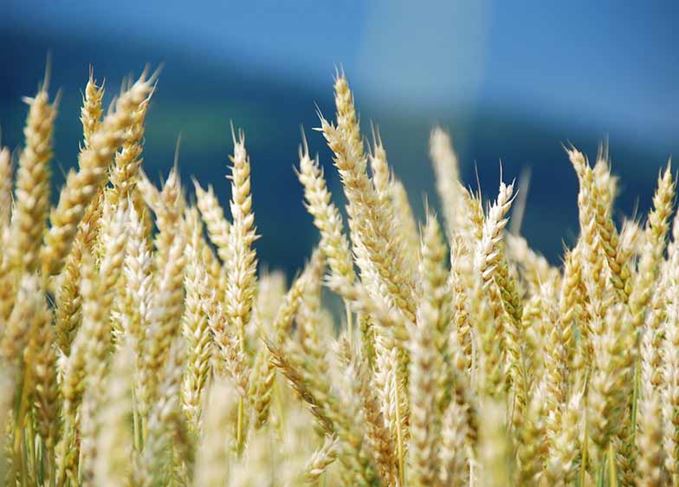 Capable of greatness?: Do grain whiskies have the power to match the might of malts?

When plans for David Beckham-backed grain whisky Haig Club were unveiled in 2014, David Gates, brand owner Diageo’s global head of premium core spirits, declared: ‘We believe this will be the year that grain whisky breaks into the mainstream and gains the recognition it deserves.’ Had that really happened, there seems little doubt that Becks would have got his knighthood by now.

The truth is that practically no-one really buys Haig Club for its grain whisky substance so much as for its blue glass, celebrity-endorsed style. Meanwhile, quality, aged single grain Scotch remains a niche.

You have the likes of Hedonism from Compass Box, William Grant’s Girvan Patent Still series, a few independent releases and the gorgeous ‘G-spot’ bottlings of the Scotch Malt Whisky Society.

These are seriously seductive whiskies that destroy the myth that grain is just for bulking out blends, but in terms of greatness – where do they really stand? We invited two passionate advocates into the ring to thrash it out and answer the question: can grain whisky ever be truly great?

‘You cannot approach grain whisky as though it were another version of malt whisky. It’s different and you have to approach it with fresh eyes and an open mind. If you do that, you’re going to be very pleasantly surprised because there are some fantastic grain whiskies out there which represent relatively good value for money.

‘At the Scotch Malt Whisky Society (SMWS) we’re talking of single cask grains. They’re lighter and fragrant, and you’ll pick up floral, honeyed notes depending on the cask, and a lovely spiciness, with soft fruits and coconut. But there’s also the mouthfeel you’ll get from a good-quality grain, which is obviously what blenders are looking for – that real clean, mouth-coating feel.

‘We’re fortunate to have a number of very old grain whiskies, and malts of a similar vintage are obviously going to be very rare and expensive. We have some members you might call “grain freaks” who seek out very old grain whiskies that are something of a hidden secret of the society. It’s also part of a general curiosity and growing trend in all single cask spirits like rum and Armagnac.

‘With grain distillation giving you a lighter spirit, it will pick up unique flavours from a long maturation in a good cask, and for me that’s where the similarities with rum come in. Equally, with younger grains from a more active cask you might well think you’re in Bourbon territory.

‘As with any cask-aged spirit, variety comes from the nature of the wood and the length of time it has been there. At SMWS we’ve bottled grains from Sherry butts through to traditional refill hogsheads.

‘With the latter you’ll get those spicy, marzipan notes, whereas a 19-year-old grain whisky from a virgin oak cask I tried was really Bourbon-like, with strong honey flavours and almost pencil shavings. It was lovely with a cube of ice and would have been great with pudding.

‘But there’s still a snobbism about grains, which is very unfortunate. For years it has been perceived as a filler to bulk up the whisky and, to some extent, dilute its quality. That it’s all about creating a blend, and – my goodness – you wouldn’t want to ever drink the stuff!

‘Sadly, that misconception has endured, and that’s why we say: “Think of it as another spirit.” If you’re still sceptical, come and try our latest 25-year-old grain – G1.15 – it’s sweet and spicy, and full of character.’

‘Just to make one thing clear from the outset – grain whisky is great. It’s a diverse, vibrant product which not only lies at the foundation of our whisky industry (in its modern guise, anyway), it makes for a successful and interesting product in its own right. I have been very taken by a number of expressions in recent years, with mature Invergordon always hitting the spot and anything from North British, since I live just 500 yards from the distillery.

‘That said, I think we can safely do away with the notion that grain whisky, distilled and rectified to oblivion and then matured in racked and palletised Central Belt warehouses, could ever be “truly great”. It may taste great, but true greatness in whisky surely stems from something else.

‘I work with Old Pulteney on a daily basis. It’s arguably one of the most stunning single malts in production, purely on the basis of taste. You could study its puzzle-like complexity for decades and never truly understand it.

‘There’s that waxy, sticky quality – like smooth, melted white chocolate – and the crisp, piercing stab of citrus. Younger expressions are like a ray of sunshine (sorry if I’m getting a bit cheesy). And then there’s that elusive briny, savoury, maritime note that swells up on the finish until it begins to fizz, flicker and die.

‘You can tell I’m madly in love with this distillery, but even as I try and step back to muster my feeble powers of objective analysis, I simply cannot imagine any grain whisky, any continuously distilled spirit, matching the sheer momentum of this elegant beast.

‘Of course the quality comes from the archaic production methods. Making single malt Scotch whisky is painfully slow and inefficient, yet fabulously interesting and intricate.

‘You can study production regimes until you’re blue in the face, but there will always be part of the picture which remains obscured and that can’t be measured or theorised or shaped to fit a spreadsheet.

‘Take it with a pinch of salt, but I’d call it the whisky’s cultural and social terroir. The heritage which shapes the ways things are done, the past which informs the present, and a ceaseless effort to distil not just ethanol from the wash, but the very essence of the place and its people.’

Of course, this debate should be settled by the whiskies themselves. Imagine sitting down with a friend, with a 21-year-old Old Pulteney single malt on one side, and the similarly aged G1.15 SMWS grain bottling mentioned above on the other.

According to its owners, the malt offers a taste that’s ‘creamy, toffee, vanilla, baked red apple with a hint of smokiness and a dry finish’. Meanwhile, the grain’s ‘viscous, mouth-filling palate’ gives you ‘maple syrup, bacon and pancake; burnt toffee, ginger, liquorice, wooden tea chests and enough candy to satisfy a trick-or-treat mob’. No-one outsmarts the SMWS when it comes to purple prose.

But, then again, why make a choice when none is necessary? As Ivalo says, grain is different and should be thought of as another spirit. If you have never tried an old single grain from a great cask, you are in for a treat.

But keep schtum about it lest the industry catches on. Whisper it quietly – but such whiskies are a bit of a bargain. At the moment, anyway...