It was during the late 1990s that Tomas Karlsson discovered he quite liked his whisky neat – particularly single malts. Like many whisky drinkers before him, Karlsson developed a taste for drams from closed distilleries, but it was St Magdalene that really caught his attention and sparked an ever-growing collection. Angus MacRaild reports. 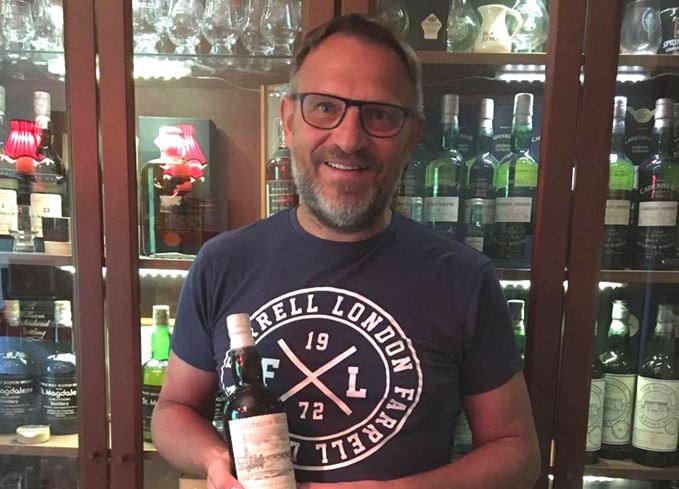 Tomas Karlsson: The St Magdalene collector first got into whisky in the mid-1990s

Who are you and what do you do?
‘I’m Tomas Karlsson, a cargo train driver living in Sweden, although I’m spending more and more time in Scotland these days.’

When did you first get into whisky?
‘I think it was probably around the middle of the ’90s. My friend tried to convince me that whisky was good, so I started by mixing up a blended whisky with some Coca-Cola. This wasn’t really for me – I didn’t think it tasted too good. But then in late ’90s I started drinking whisky neat more and more, and I started to drink single malts as well.’

What whisky do you collect and why?
‘Well, I started with all whiskies in the beginning. Then mostly closed distilleries, but after some years it became pretty clear that I was never going to have the kind of money to get every bottle from every closed distillery. So I made an effort to taste more and more of them, and I eventually discovered that whisky from St Magdalene/Linlithgow was my kind of thing. So I eventually became a St Magdalene collector.’

How has being a collector affected the rest of your life?
‘The best thing about it must be that I got in touch with so many other whisky friends. I had the opportunity to travel to some great whisky shows and meet some fellow whisky lovers who became good friends over the years.’

St Magdalene: One of Karlsson’s most prized bottlings is an 1891 Linlithgow

Have rising prices for old and rare whiskies changed the way you view your collection? Do you think of it more as an investment these days?
‘I can see why the increasing prices would change someone’s attitude to their bottles, and I do reflect on this myself a little more these days. But I still think that, at the end of the day, whisky is made for drinking – not just for finance or investment. I don’t have plans to sell my collection; I enjoy it too much.’

There’s a lot of talk these days about whether the character of Scotch whisky has changed over recent decades. What do you think?
‘Yes I think the character has changed quite a lot. Mostly because nowadays all you have is computers and machinery running distilleries. You’ve lost some of the magic that’s involved in a more “hands-on” approach to whisky making, with more people involved physically in the process.
‘I think a lot of the old guys who used to make these whiskies were really skilled because they had to do a lot more than just press a button. It’s become far more scientific nowadays and I don’t think that’s always the right thing for whisky.’

St Magdalene never really attained the same cult status as Rosebank. Why do you think it remains one of the more obscure closed distilleries?
‘I think the biggest reason is that casual whisky drinkers generally haven’t tasted it (probably luckily for me). And Rosebank was closed 10 years later in 1993, so it had a bit more time and there were more stocks available until later, when a lot more people started to get seriously into whisky about 10 years ago.
‘So it was better-placed to become a bit more “cult”. But, for me, if people get a chance to taste the two distilleries, there’s no way a Rosebank matches up to a St Magdalene. I think it was always a better whisky.’

What are your favourite St Magdalene expressions?
‘Depends on my mood, but always the Gordon & MacPhail 18-year-old 1964 Connoisseur’s Choice. It’s a lighter and fruitier-style example and always pleasurable and easy to drink.
‘And some days Cadenhead’s last release, a 32-year-old bottled in 2015, which was really a great example of mature St Magdalene. And of course the legendary Rare Malts 1979 19-year-old. It’s probably the most “pure” example of the distillery, I think, like drinking petrol, in a good way.’

Which do you think are some of the better distilleries to follow these days from a drinking perspective?
‘Hard to say these days. I have tasted quite a few of these aged Irish single malts that many bottlers are releasing these past few years, and many are really good. Otherwise I think distilleries that you normally don’t drink can often surprise you. For example, I tasted a new bottling of Inchmurrin by the Scotch Malt Whisky Society last week and thought it was really terrific, a great surprise. And of course the great and famous distilleries rarely fail you, I find.’

Tell us some of the best whiskies you’ve ever tasted.
‘Well my heart says St Magdalene, but I have been lucky enough to taste many amazing old bottles with whisky friends in the past few years. Some old Macallans from the 1930s spring to mind, and of course the Port Ellen 12-year-old bottles for the Queen’s visit to Islay in 1980. That one has to be somewhere near the top.’

What are the most prized bottles in your collection?
‘I love many of the great St Magdalenes for drinking, but if I had to pick one bottle? I’m not sure; maybe the 1891 Linlithgow. Although I’m not sure if it’s genuine or fake – I don’t know. I’ll probably open it some time with friends out of curiosity.’

What has been the best whisky experience of your life so far?
‘Well, of course it was when I met my girlfriend Helen in Scotland at the whisky festival Dramboree. After that, the Pre-War Whisky Tour in 2014 and then the Islay Odyssey tour in 2015 were undoubted highlights. Really, it’s just sharing great drams with your friends – you can’t beat it.’ 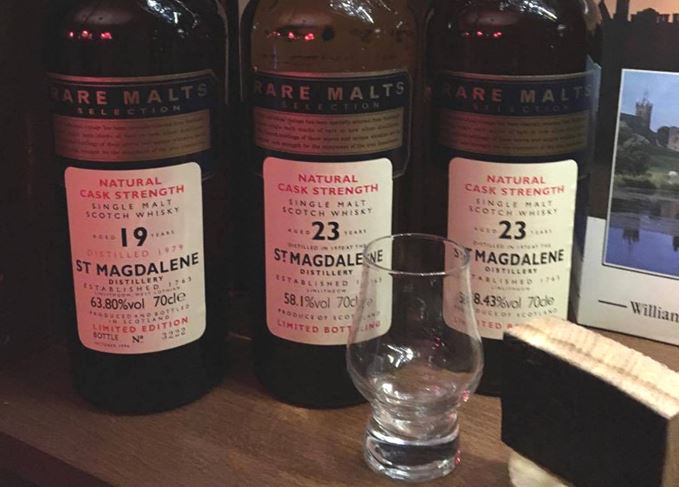 Sip or sell?: Karlsson insists his collection is not for sale – he enjoys drinking it too much