The importance of blind tasting whisky

Many whisky fans think they know exactly what styles of whisky they like, which distilleries they prefer and which region produces their favourite flavours. But it’s not until you’ve tried a blind tasting that you really get to grips with your senses and personal preferences, discovers The Whisky Virgin. 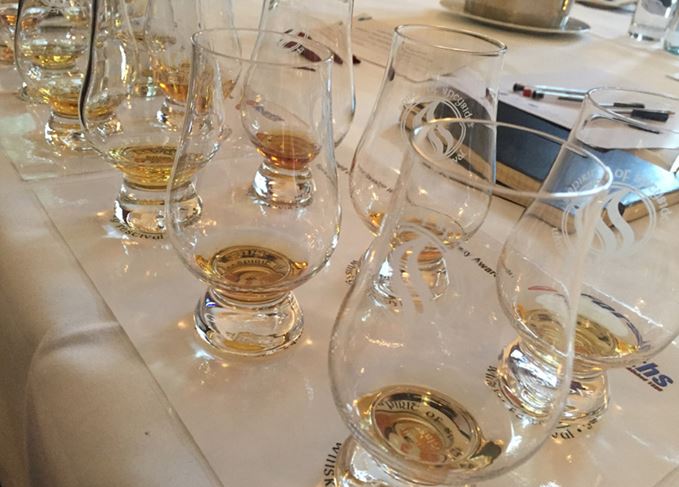 It’s no secret that I’ve been taking opportunities left, right and centre to try as many whiskies as possible. It’s a lesson I learned very early on when I first started as The Whisky Virgin, that there’s only one way to figure out which whiskies you like best, and that is to take part in bare numbers of tastings.

And it’s been a never-ending journey of discovery, let me tell you. I’ve found out I like a bit of smoke in my dram, from the big, meaty notes of Laphroaig, to the more subtle smokiness of Caol Ila. But then I also won’t say no to a lighter, sweeter single grain. I’ve started collecting a small list of brands that are my go-to drams; the ones I would happily sip, or mix, on the regular.

Let me backtrack a bit for you guys; a few weeks ago, I see an invite for a blind tasting – sweet. I’ve not done one before, so of course I jump at the chance to go along. So I rock up to the tasting, and there’s a long table covered with tasting glasses – six per person, all unnamed.

I take my seat with absolutely no idea what the six drams in front me are. All I know is that these whiskies are from Speyside, but that is where the information stops. The aim of the session? To see if ‘typical’ regional styles of whisky are really accurate. You know, Speyside is supposed to make nutty, fruity, spicy whiskies; the Highlands make a cross between lighter, floral styles and peaty, maritime whiskies; the Lowlands produce lighter, grassy-style whiskies, etc, etc.

And d’you know what? That was probably the hardest tasting I’ve been to in my life. For real, when you take away everything you think you know about whisky, it’s a proper test of the senses, bruv. Your nose, tongue, eyes – they’re all soaking up as much information as possible, processing aromas, digesting flavours and looking for clues as to what the whisky could be.

Are there hints of Bourbon maturation, or fruity, spicy Sherry casks there? Is that a bit of smoke, or a bitter finish? Is it light and fruity, or rich and bold? Mate, what the hell does pineapple smell like again?

For my own personal style, I found that I did still prefer the lighter, vanilla-flavoured whiskies compared to the spicy, fruity ones we tried. But that’s just one person’s opinion…

What really got me though was the diversity from this one region that for decades has been squashed into this one ‘regional style’. Blind tasting these six whiskies showed that you can’t really explain a style of whisky by region, mate – innovation has seen that become harder and harder.

Producers are experimenting with all kinds of flavours to break the mould and attract new drinkers, like me, and so the boundaries that once held the laws of flavour together are becoming irrelevant, to an extent. And if you ask me, that’s a step in the right direction, am I right?

That blind tasting was an absolute eye-opener (pun intended); when you take away the prejudice you hold over each whisky – whether you’re aware of it or not – you can also take away everything you thought you know about your likes and dislikes for whisky, about what you thought of as a 'Speyside' whisky, or a 'Highland' whisky – I could go on. When you’re not allowing your senses to be overruled by the anticipated idea of what a whisky should taste like, you open yourself up to much greater appreciation.

Try it, bruv. Tell me what you think.