How to drink Scotch in a heatwave

If the intense summer sun has you replacing your regular cask strength dram with an icy long G’n’T, think again. Whisky can be just as refreshing served in the right way, as the Whisky Virgin discovers. 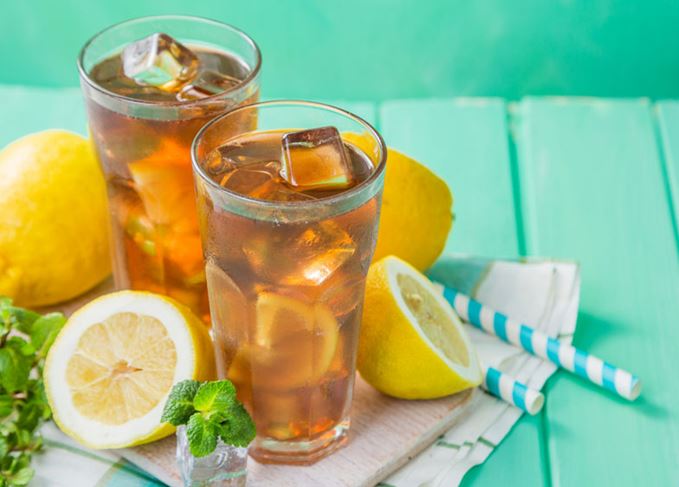 Summer sipper: When the temperatures rise, cool off with a Whisky Highball

It’s time we admitted it; this long and toasty summer – which at first seemed so full of promise – has turned fully rubbish. Rather than coming home, football has gone on a detour to France. Flying ants have taken over every square of outside space in this scorched world. Everyone is talking incessantly about iced coffee and Love Island. Summer has become, in short, unbearable. And thanks to the changing climate, it’s probably going to be this way until Halloween. Worst of all, the heat wave we’ve been having has put me right off my whisky.

The thought of throwing down a rich, chewy dram while the temperature in my flat exceeds that inside a freshly toasted pitta bread makes me feel fully insane. Even though I’ve busted a lot of my preconceptions about whisky since I set out on my quest for malty enlightenment, a part of me still thinks of Scotch as a winter sport. This is probably due to me still hearing the nagging voices of tradition, the ghosts of Scotch drinkers past telling me that the king of spirits must be undiluted and room temperature, or else… It’s no wonder so many of us think of Scotch as a winter sport, to be enjoyed from an armchair by the fire, like the curling.

But, if I’ve learned anything in my adventures so far, it’s that there are plenty of ways to drink the old electric soup. I for one could defs do with a few slugs of Scotch to get me through these post-World Cup blues, so my mission this month is to figure out a few ways to enjoy whisky and beat the heat at the same time.

So, I go flipping through the bottles at my local whisky dealership looking for some summery inspiration and an excuse to stand in an air-conditioned room for a bit. My instincts tell me to steer clear of anything too heavy, so big ole Sherry bombs and-the-like – absolute lads though they may be – are staying on the shelf.

‘See you in the autumn, you dark, moody beauties. I’m not going to try to drink you in July for the same reason I wouldn’t take a Christmas cake to the beach. I hope you understand.’

Yes, I have gone so delirious in the heat that I have started personifying my whisky. Please bear with me.

Refreshing alternative: Add plenty of ice and lashings of soda to your whisky to beat the heat

With my sights set on lighter drams, I pick out a nice fruity blended malt, the Epicurean from the good people at Douglas Laing. Easy on my aching wallet and light on the ole palate, this blend of Lowland malts seems like just the ticket. The way I see it, when the weather gets un-Britishly hot, it’s probs worth going for whiskies that are on the brighter, more elegant end of the spectrum.

On my way back to the gaff I bounce my local supermarket to pick up some additional supplies to experiment with. At the top of my shopping list, fizzy water, ice and assorted fruits. Eff you, whisky traditionalists, I’m overheated and I’m going rogue!

During my recent flirt with Japanese whisky, I found out that our cousins in the east aren’t nearly as superstitious about adding ice or water to their whisky as we are. In fact, it’s a big part of how they get down and malty. The Highball – a long drink typically made of whisky and soda, served long over ice – is so popular in Japan that I’ve heard some peeps claim it’s the reason aged Japanese hooch has gotten so rare. If the people of Japan went so mad for Highballs that they threatened global whisky stocks then they have to be pretty great, right?

Once home, I get to work experimenting with long whisky serves until my kitchen table is covered with citrus and melted party ice. Now, I’ve tried some soda with my whisky before, but the Highball at its best has to be more than the sum of its chilly parts. As simple as it sounds, it took me a little practice to get right. My first attempts were flat and out of whack before I got that perfect combination of good whole ice cubes, a solid two-to-one ratio of mixer to spirit, and a steady hand on the pour for maximum fizz retention.

After splurging on a new bottle of Scotch my budget didn’t stretch to any mixer fancier than supermarket soda water but I can see a whole world of options here. Ginger ale, coconut water, who knows? I’m sure not every combination would be a winner, but I’m excited for future experiments.

But what about something a little less precise? Something I could whip up loads of at a barbecue. I mean, I don’t have a garden, obviously – what do I look like, a baby boomer? – but a barbecue-type situation. Like setting up a George Foreman grill by the window.

The internet is filled with suggestions for whisky-based mixed drinks for serving to crowds while the heat is on. Being limited on ingredients, I settle on something called a Whisky Smash – a slightly sweetened, minty situation that traditionally calls for Bourbon but looks like you can adapt by chucking in whatever you have to hand. In my case, that means Scotch and some mint and an orange found hiding out in the back of my fridge.

Shake shake shake. Smash smash smash. Serve over ice. I feel like Tom Cruise in that film about cocktails – I forget what it was called – and the results are amazing. This simple to make drink has transformed my mood and done wonders for my sweatiness levels. I’ve branched out into whisky cocktails and I’m psyched about summer again.

Now I’m not telling anyone they should bin their Glencairn or chuck ginger ale in that 40-year-old Speyside they’ve been saving for retirement, I’m just saying that different ways of drinking whisky are better in different situations. I love me a big gravy-covered roast dinner, but I don’t want to eat one when there’s a heatwave on. Just like I love drinking straight Scotch but I might prefer an icy Whisky Smash when it feels hot enough outside to make the sea catch fire. Feel me?

Whisky Smash Recipe
50ml Fruity Scotch whisky
2 teaspoons water
1 teaspoon sugar
Sprig mint
Fruit to garnish (orange, lemon, berries)
Method: Dissolve the sugar and water together in a rocks glass and gently press the mint into the solution. Add the Scotch and enough ice to fill the glass and stir well. Garnish with another sprig of mint and an orange slice or a handful of berries.