Exploring the wonderful world of whisky

It’s time for the Virgin to expand his horizons, leave the comfort of Scotland behind and get to know the richly diverse world of whisky out there without resorting to preconceptions or national stereotypes. Much. Apologies in advance… 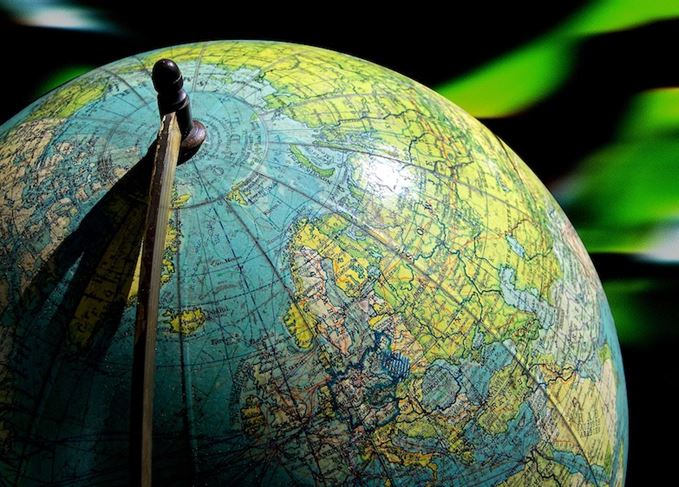 Big world: The Virgin is keen to branch out beyond Scotland to new whisky horizons

It’s become clear to me, fellow dram fans, that if I’m ever going to learn the international language of whisky I’m going to have to take the game global. There’s a whole world of spirits out there and I’ve decided this month to look beyond Scotland’s heather-y borders to the international boozes that lie beyond.

Who is Bourbon, what is Japan, can you make solid generalisations about the distilling cultures of entire nation states? Come with me, as I attempt to answer these and similar questions and get the lowdown on what the world’s whisky superpowers are up to.

Northern exposure: This Crown Royal bottling met with the approval of Mr Murray

The whisky:
The only Canadian exports I’m really familiar with are maple syrup and handsome Prime Ministers – but it turns out that they do a pretty good line in whisky too. Word on the street is that Canadian whisky is a little like Scotch grain, but with a spicy kick from that earthy badman of the cereal world, rye.

I also hear that, while it used to have a rep as middle-shelf mixing material, the Canadian booze mafia have started to export some of their premium wares for the rest of the world to sample.

In 2015 my old pal Jim ‘Jeezy’ Murray even pinned his tweedy medal of excellence to Crown Royal Northern Harvest Rye, saying it was the best whisky he’d tried all year. Has to be worth a look, right?

Must try:
During my extensive research (drinking), I discovered that our cousins in the land of the polite apology are cooking up whisky made from 100% rye, which I guess isn’t common practice elsewhere. I can totally recommend one such sweet/peppery slice of Canadiana called Lot 40. Tastes like caramel and trees; you’ll love it, mate.

The perfect time to drink:
When you’ve just asked a Canadian person what part of the US they’re from.

Good spot: The Virgin enjoyed Green Spot so much, he’s ready to swap his passport

The whiskey:
The way I hear it, Irish whiskey is known for being easy-going and big on juicy fruit flavour. Which might have something to do with Irish distillers favouring triple distillation – and a lighter spirit – over the double distillation more common in Scotland. The history books say the Emerald Isle has been in the whisky business since day one, so they’ve got tradition making blends, single malts and all else in between.

On generalisation-defying form, Ireland also turns out thick, smoky drams said to stack up well next to Islay Scotch. Enter Connemara, a double-distilled single malt from Cooley distillery in County Louth which I learned about just in time to mess up my attempts at making a catch-all statement about what Irish whisky ‘is like’. Oh well, every day’s a school day, amirite?

Must try:
On my travels – just to a bar, like, I didn’t actually leave the country for this – I discovered Ireland also rocks a unique whiskey style called ‘single pot still’.

Word is it’s similar to single malt, but made from a mix of malt and other grains. I closed out St Patrick’s Day this year with a dram called Green Spot that was so full of grassy, appley goodness that it made me want to capitalise on my shreds of applicable heritage and cop an Irish passport. Can recommend.

Perfect time to drink:
Try sharing it with Irish people, rather than your loud claims that one of your grandparents might have been from Cork, or Limerick, or something.

Fresh look: The Virgin recommends checking out some of the newer American whiskeys

The whiskey:
A couple of Thanksgivings back, I learned that American whiskey comes in plenty different flavours, but that the biggest players over there are Bourbon, made mostly of corn, and rye, made mostly of rye.

Seems like one tends to be rich and chewy, and the other is more peppery and herbal. I hear tell that they make other styles of whiskey over in freedomland as well, but that they mostly have a common sweet, vanilla-y, buttery vibe on account of the tradition of using new white oak casks for every batch of spirit.

The twist:
Now I hear that the American whiskey crew is getting creative and trying out styles not historically found there, like wine cask-aged whiskey and even single malt, à la Scotchland.

This means my well-meaning guide to the basics of world whisky will only get more out-of-date as whisky innovators further challenge our expectations. I can only offer my apologies for this and recommend checking out Angel’s Envy, or FEW single malt.

The perfect time to drink:
Hmm… tempted to make a joke about toasting 2020. Nah, I’ll just say at a barbecue. A nice, non-political barbecue. Yeah.

Going, going…: Spiralling demand has led to the withdrawal of age statements in Japan

The whisky:
Now I’ll admit, on account of this being a safe space, that I sort of thought Japanese whisky had been invented around the time your little brother starting Instagramming about Highballs last year.

But it turns out they’ve been at it since the early 20th century, when trad Japanese booze-makers scored the know-how from their opposite numbers in Scotland. So I guess this ultra-fashionable liquor has a lot in common with Scotch – but with a focus on finesse, blending different spirit types, and light, elegant styles.

Of course, this being whisky, and whisky being hard to pigeonhole, I’ve heard tell of cask-strength peat beasts and Sherry monsters being mixed up over there as well.

Must try:
Japanese blends get mad respect out there on the global whisky stage. So much so that a lot of the choice expressions of yesteryear were apparently snaffled into discontinuation long before I got jumped into the game. Thanks again, older generation.

Still available – at time of writing – are Hibiki Harmony and Ichiro’s Malt Mizunara Wood Reserve, which apparently have some whisky in them aged in casks made of a perfume-y Japanese oak called Mizunara.

Totally Japanese, absolutely unique, probably about to disappear before I save up enough scratch to try them. Get ‘em while you can.

The perfect time to drink:
Well, apparently, the perfect time was 2009, but here in the present Japanese whisky is still good if you’re looking to impress with on-trend whisky swag.

So there you have it, whisky friends. I travelled the world – sort of – looking to get a basic idea of what the key players are up to and basically just found out how hard it is to pin them down.

Different regions might get well-known for certain styles or techniques, but I reckon they’ll always find a way to surprise us. Obviously, this is just me getting started on global whisky. I’ll have to learn about what’s on offer in Sweden and England and Australia and Taiwan and India and stuff in future Whisky Virgin adventures.

Till then, here’s looking forward to all the new contradictions.