Dalwhinnie may be another of the sweet, honeyed – in its case almost sticky – single malts, but it does not start life in this highly amenable fashion.

Here is another distillery which goes out of its way to create a heavy, sulphury new make. Clear worts and long ferments help to create a background character of light waxiness, but the stills are run in a way to stop copper conversation and their lyne arms run into worm tubs – the classic way to produce a heavy new make character.

It is here where location also plays a role. Dalwhinnie’s ambient temperature [see below] means that the worms are naturally very cold, resulting in rapid condensing. It was here that Diageo realised the importance of this effect on the creation of sulphury new make.

A new style of worm tub: round, wooden, had been installed as they were the first thing that tourists saw when they visited the distillery [worms are traditionally at the back of a distillery, but Dalwhinnie had been constructed to face the railway line and not the A9 road]. The flow of water in the new worms was different to that in the old, cast iron tanks. It was enough to alter the character. A tweak or two and normal service was, finally, restored.

The heaviness of the sulphur means that it takes 15 years in refill casks for Dalwhinnie to emerge fully. 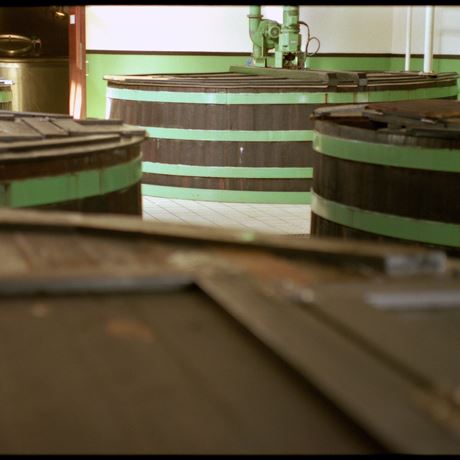 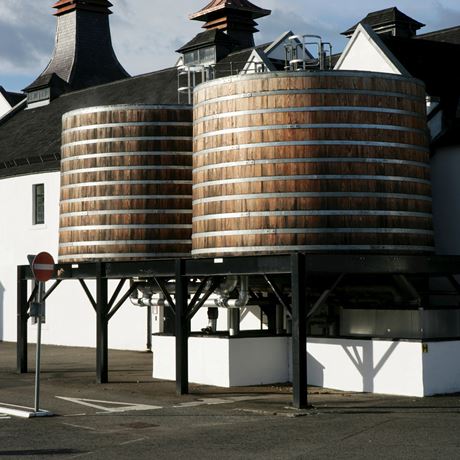 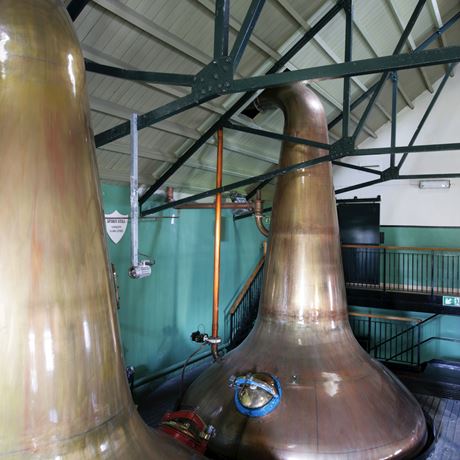 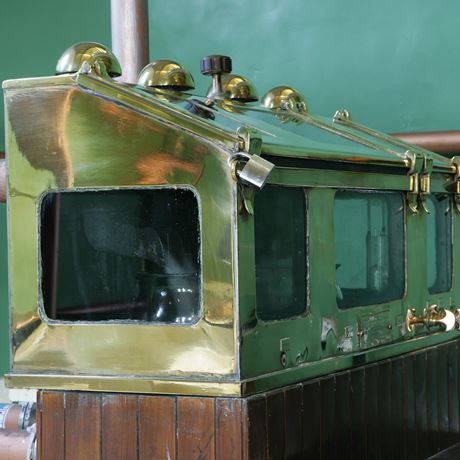 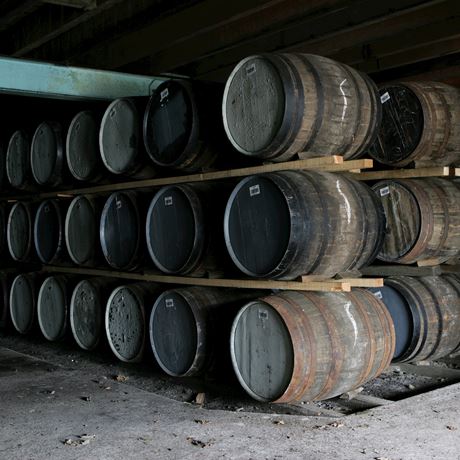 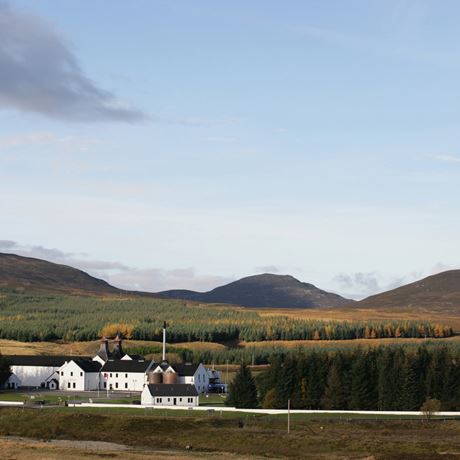 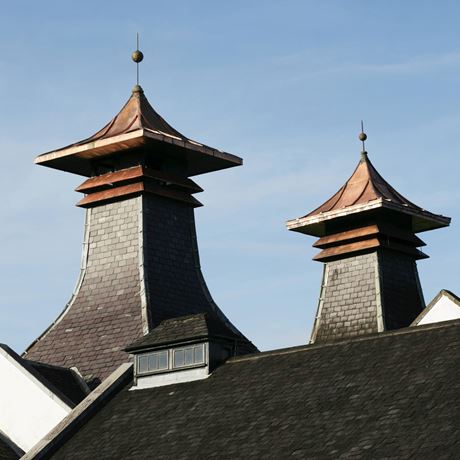 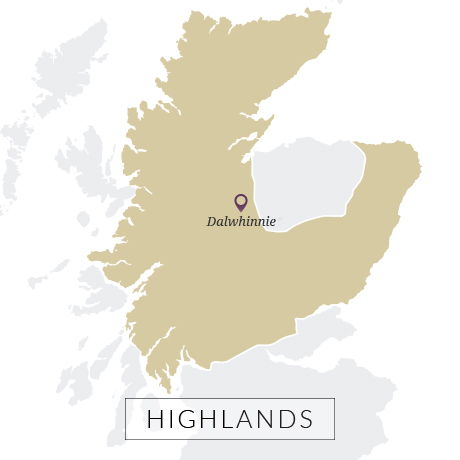 Given the importance to the whisky trade of the railway line which linked Inverness (and Speyside) with the central belt, it is surprising that it took until 1897 for a distillery to be built close to the settlement nearest its highest point, Dalwhinnie.

There is much made of the fact that, in Gaelic, Dalwhinnie means ‘the meeting place’ and the fact that this was the spot where three major drove roads joined. From here, huge herds of black [Highland] cattle headed south to market at Falkirk in much the same way as whisky would more than 100 years later.

These herds were a perfect cover for whisky smugglers (tales abound of small casks being hidden under the hairy pelts of the beasts), but there is no record of whisky being made at this point. Dalwhinnie, more likely, was a place where it would have been drunk.

Three local businessmen, John Grant, George Sellar and Alexander Mackenzie, joined together to reverse this state of affairs, but their Strathspey distillery [the plant lies close to the river] failed. Its second set of owners fared little better, and in 1905 it was sold, as Dalwhinnie, to American distiller Cook & Bernheimer, making this the first Scotch distillery to be owned by a non-UK company, a relationship which ended 14 years later when blenders Macdonald Greenless took charge.

That firm then merged with DCL [now Diageo] in 1926, with the licence for Dalwhinnie being passed to James Buchanan [of Black & White fame]. In 1988 it was chosen as the Highland representative in the Classic Malts selection.

Though well connected by road and rail, Dalwhinnie’s exposed location means that it is regularly cut off in winter – it holds the dubious distinction of being the coldest settlement in the UK, with an average temperature of 6˚C.