A now demolished Victorian distillery, the waxy and deliciously fruity Convalmore is these days rarely seen as a single malt.

Convalmore’s life was always dedicated to providing fillings for blends and as a result its whiskies were never given the platform which, it now transpires, they deserved. Like many distilleries of that period, its predominant character was waxy – though according to distillers who remember its new make Convalmore’s was at the same high levels as Clynelish with an extra fruity heart. It is very rarely seen, the most notable being a couple of excellent tropical fruit-accented Special Releases from Diageo. 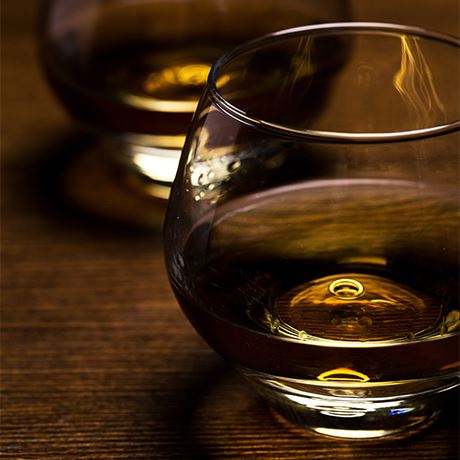 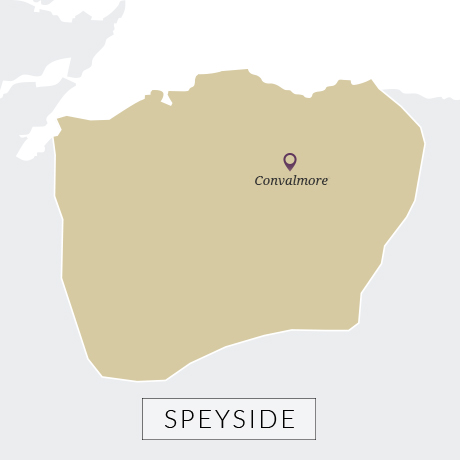 The fourth of Dufftown’s famed seven stills, Convalmore was built in 1893/4 as part of the last Victorian gold rush. Its original owners failed and ownership passed to the leading Glasgow broker-blender W.P. Lowrie and from there to James Buchanan when he bought Lowrie’s business. By that time Buchanan’s blends, the most famous of which at the time was Black & White, had global distribution and as a result, as other new builds closed, Convalmore remained in production.

In 1909, the distillery was damaged in a fire and when it re-opened a year later it contained a pair of pot stills and a new continuous still which had been engineered to produce malt whisky. Sadly, there are no descriptions or plans for this innovative design which only ran for five years.

When Buchanan’s joined DCL in 1925, as part of the Great Merger of the major blending houses with the production giant, Convalmore joined its Scottish Malt Distillers [SMD] division. An expansion took place in 1964 with capacity doubled thanks to a second pair of stills being installed along with a dark grains plant.

It was mothballed in 1985 and sold to William Grant & Sons – the site is contiguous with Grant’s Balvenie and Glenfiddich distilleries. Although the Convalmore buildings are still clearly visible from the road all the equipment has been removed.