Deconstructing the laws of Scotch: basics

Every so often, there will be a handful of outspoken voices who argue Scotch whisky legislation is stifling innovation. But is this true? Dave Broom brings the focus back to the definition of ‘Scotch whisky’, and explores whether rules really are all that bad… 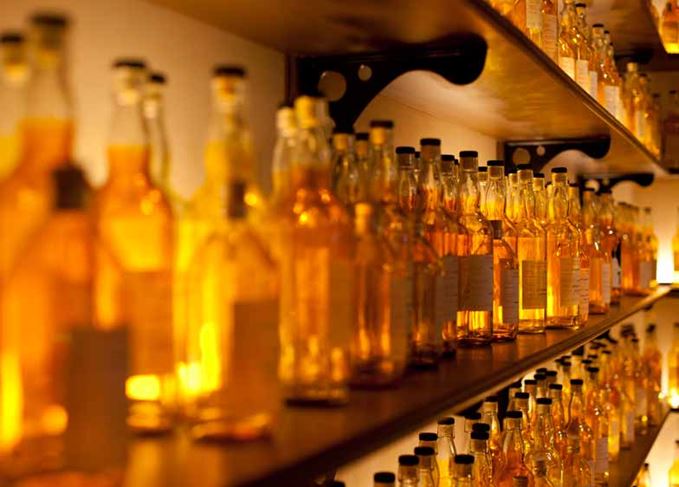 We think we know what whisky is, but do we? Really? Every few months there will be someone somewhere complaining that the regulations stifle innovation. Do they?

Without wishing to be lawyerly about this (I am no lawyer. If I was, I wouldn’t be eking out a living writing about whisky, believe me), I reckon it’s time to take a little trawl through the good old Scotch Whisky Regulations 2009 and see what they say, and whether they are as smothering as some would like us to believe. Bear with me as we plunge into the section enticingly titled: The Definition of ‘Scotch Whisky’ and categories of Scotch Whisky. It starts:

‘No shit, Sherlock,’ you reply, but let’s pause for a second. This means that a distillery cannot fly under a flag of convenience like a Panamanian-registered tanker. It has to be in Scotland. There are no offshore deals being done with Scotch. The furthest offshore a distillery is likely to be is St Kilda. It’s unlikely you’d get a distillery on Rockall.

‘That has been distilled at a distillery in Scotland from water and malted barley (to which only whole grains of other cereals may be added).’

Ok, the distillery is in Scotland. Water? Well, that’s a topic for another discussion because we probably make assumptions there as well. Equally, while we might know the process of malting, what of kilning? If brewers know that different roasts of barley give different flavours, then here’s a flex point.

Glenmorangie uses chocolate malt in Signet, Bushmills has used crystal malt in the past, while craft distillers around the world – often from a brewing background – are looking at different roasts to help add complexity. Yes, you lose on yield, but no-one is suggesting a 100% chocolate malt whisky here. Rather, different roasts mean different flavours and a mixed mashbill might be a way of offering new complexities.

The phrase ‘whole grains of other cereals’ also presents new possibilities. The ‘other cereals’ are there to cover grain whisky, which is made from either wheat or maize/corn. But there’s some flex here as well. Those ‘other cereals’ could include rye, or oats, both of which were used in Scotch whisky production the past.

Some Irish whiskies had oats in their mashbill until the 1960s, while David Fitt is using them in one of his whiskies at English Whisky Co. Might we also see spelt (popular in German-speaking Europe) or quinoa being distilled?

Conceivably the Scotch Whisky Association (SWA) might use the ‘tradition’ card to block some more outré options, but could we once again see a Scotch rye? Why not?

‘All of which have been – (i) processed at that distillery into a mash.’

In other words, you can’t get a local brewer to do the first bit of the process – as is legal in other parts of the world – and ship the wort to you.

‘(ii) Converted at that distillery into a fermentable substrate only by endogenous enzyme systems.’

This is one of my favourite phrases, simply because it allows me to say ‘endogenous’. It means you can’t add enzymes to help the conversion of starch into sugar. Again, other countries (Canada, Ireland, the US) permit this to take place for their whiskies. This also is why you have to have malted barley when making grain whisky. It’s there for its enzymes.

Fixed abode: Glen Grant ferments at its distillery, as required by law

‘Fermented at that distillery…’

Yes, the same distillery. You can’t ferment somewhere else. It’s at this point that someone says: ‘What about Kininvie?’ While the mashing and fermenting of Kininvie takes place within the buildings of Balvenie, it has its own dedicated mashtun and its own tun room. The same would apply to Mannochmore and Glenlossie – a ‘shared site’ but completely separate in terms of production.

‘…only by the addition of yeast.’

Again, no shit… but no yeast type is specified. Flex. We’ve touched on yeast before and will probably do so again, but there is nothing to stop a distiller using whatever yeast strain he or she wants.

Again, if I were a new Scotch distiller, this is another area I’d be looking at and discussing with colleagues around the world – especially those former brewers – who are already using a variety of strains.

The regulations are there to set boundaries, which help to define and protect a spirit. If you look at the debate in other categories – be that rum or Japanese whisky (which is extremely loosely regulated, believe it or not) – rules are considered good things and producers envy what Scotch has.

It is up to the creative mind of the distiller to find ways in which to craft a style within these rules. Looking at the first few lines of the regulations shows some of the options that could be explored. It’s a better use of brainpower than complaining.

This is the first of a series on the rules governing Scotch whisky. Additional pieces cover distillation and wood, and labelling.