Unravelling the mysteries of the cask

Casks have a huge influence on Scotch whisky, and now research involving single malt Jura is focusing on how oak species, grain size and toasting level can help shape the flavour of the dram in your glass. Richard Woodard reports. 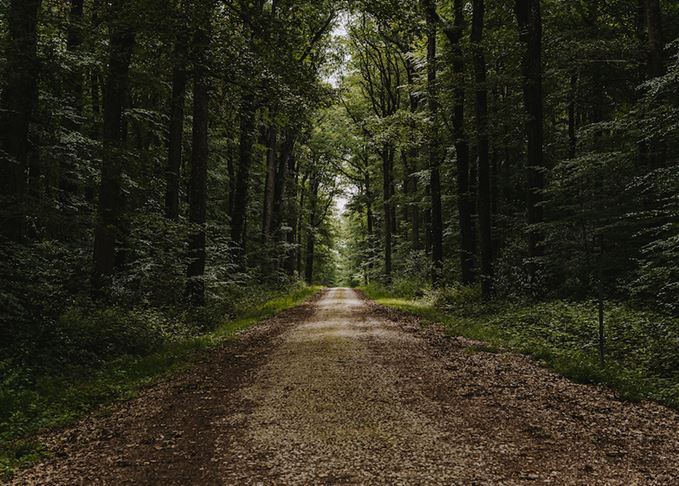 Location, location: Specific forests (such as Loches in France) impact flavour in whisky

Perhaps one of the most eye-catching aspects of the radical revamp of Jura’s single malt range in 2018 was the introduction of Jura Seven Wood, an NAS expression combining spirit matured in American oak and in French oak sourced from six different forests: Vosges, Jupilles, Les Bertranges, Allier, Tronçais and Limousin.

The project certainly intrigued Gregg Glass when he was appointed as blender and whisky maker at Jura owner Whyte & Mackay in 2016. ‘My first question when I joined the company was: why Seven Wood?’ he recalled at the Jura relaunch event in London. The answer was far from simple.

Seven Wood is one practical outcome of a highly complex area of research into how, over time, a cask modifies the flavour of the spirit it contains, touching on multiple areas including oak species, grain size, geographical location (of the forest) and the toasting process.

The work has been a collaboration between Whyte & Mackay and cask supplier Demptos, moving from forest to sawmill and cooperage, with the scientific analysis undertaken by the team at the Demptos Research Centre within the University of Bordeaux, headed by Dr Magali Picard.

It shows how far the knowledge surrounding cask maturation has come. ‘Originally, the barrel was just a vessel and you were just transporting the wine [or the whisky] in it,’ points out François Witasse, Demptos president.

Demptos customers – mainly wine producers, but also Cognac houses and, increasingly, whisky makers – can select casks based on a combination of up to 188 different ‘ingredients’, including factors that are forest-specific, grain-specific – even molecule-specific.

‘It’s a moving target with whisky right now,’ says Witasse. ‘Whisky makers are more interested in flavour extraction, but are now looking more at tannins and also colour. Also, spiciness – which is found more in French than American oak – is becoming more requested in spirits.’

The research undertaken by the four-strong Demptos Research Centre team, all of whom have PhDs in wine science, has one central aim: to help the cooperage to tailor its casks to meet the complex needs of the client.

Using a variety of techniques, including gas chromatography/mass spectrometry, liquid chromatography and nuclear magnetic resonance (NMR), the team undertakes a comprehensive analysis of samples of spirit, wine or wood in order to deconstruct the chemical basis for the human perception of flavour.

The analysis of samples, taken at different stages of maturation, covers three main areas: first, the smaller, volatile molecules that make up aromatic compounds; second, macro-molecules, covering astringency, bitterness and sweetness; third, how the first two areas interact, how wood polymers release (or not) aromatic compounds – and how this affects human perception.

Research findings can be broken down into three main areas: oak species, grain size and level of toasting (with forest and tree location also feeding into this).

Q. alba has by far the highest levels of aroma compounds – particularly ‘whisky lactones’ that produce American white oak’s distinctive coconut flavour, but also eugenol (spice/clove) and vanillin (vanilla). These are less pronounced in Q. petraea (although still quite high), and much less so in Q. robur.

However, the picture changes when it comes to oak-derived polymer compounds – the non-volatile substances contributing to taste and texture, known as ellagitannins. These regulate levels of astringency, bitterness and roundness, and also act as antioxidants and colour agents.

The highest release of ellagitannins comes from Q. robur, followed by Q. petraea, with Q. alba only making a slight contribution to body or structure, according to the research.

The grain of oak is regulated by a tree’s annual growth rings, with each year split between spring wood – with lots of wide vessels to carry water/sap – and summer wood – fewer, smaller vessels thanks to less water availability and less need for sap.

As a result, summer wood is denser and less porous than spring wood, and the proportion of summer wood – in turn regulated by how quickly a tree grows – is what makes the grain of the wood finer or coarser. Faster growth = broader rings of summer wood = coarser grain.

Size matters: Coarse or fine grain can have quite an impact on whisky flavour

As grain becomes coarser, it impacts the release of wood molecules, with aromatic compounds (eg coconut) decreasing, and ellagitannins (structure, astringency) increasing. Coarser grain is also less porous in terms of oxygen ingress, whereas more oxygen enters the cask when grain is finer.

Many complex reactions occur when an oak cask is toasted, linked to the thermodegradation of wood macromolecules. This helps form key aroma compounds, such as volatile phenols, furanic and phenolic aldehydes, and alkylpyrazines, which are various perceived in flavour terms as spice, chocolate, coffee and smoke.

The key is toasting intensity, whatever the species of oak, with progressively higher temperatures reducing ellagitannin content and astringency.

With aromatic compounds, the effect is more complex. The more intensive the toasting, the lower the perception of coconut notes, but other aromas, such as smoked/toasted notes (volatile phenols) increase.

Hot topic: The intensity of the toasting process is another flavour influencer

If all of those variations and permutations have sent your head spinning, Dr Picard has created a sensory wheel that conveys the vital information: what flavours are contributed by the various combinations of oak species, grain size and toasting.

Meanwhile, Glass has been putting theory into practice with bench trials examining the impact of individual wood types on spirit, using stave sections that he chars and toasts in conventional ovens (eg replicating medium/medium-plus toasting at 200-220C). He might then upscale the sample size to 20-50 casks, monitoring these every 6-12 months.

Age spirit in Q. petraea from Vosges with no toast and you get plenty of spice; medium toasting adds chocolate; heavy toasting gives powerful notes of polished wood. Meanwhile, a heavy char (where the wood is heated quickly with gas) creates a more spirity profile and a paler hue as the colour retreats when the wood treatment creates a hydrophobic barrier.

Making Seven Wood NAS was helpful, Glass believes, since he was using a lot of new oak (the French oak casks are either new or have been used once before for Jura), giving plenty of wood influence at a relatively early stage.

Tasting the different French oak components (after 10 years in American plus seven in medium/medium-plus toast French, although ages in the final product vary), the differences between the forests are clearly perceptible: red fruit, milk chocolate and roasting coffee from Vosges; guava, peach and mango from Les Bertranges; red fruit and polished wood from Jupilles.

Jura Seven Wood began with trial casks almost a decade ago. ‘We built the recipe up over time,’ says Glass. ‘Sometimes we’ll take the liquid and put it back into more neutral wood – it’s about creating a good balance of flavours, not about going too woody or going too far in one direction.’

It’s a complex product, and it’s the result of a highly complex area of scientific research. In the end, though, the aim is simple: equip whisky makers with another set of tools for flavour creation, giving them the ability to come up with new whiskies that taste good.

And this is only the beginning. The research, particularly as it relates to whisky, is still at an early stage, and its practical interpretation in terms of whisky creation even more so. The more that scientists like Dr Picard understand, the more they can pass that knowledge on to whisky makers like Glass – and the more they, in turn, can use it to shape the whiskies of the future. Watch this space.