The Guinness/Distillers saga: The Deal

The company we know now as Diageo, the biggest producer of Scotch whisky on the planet, has its roots in one of the most high-profile – and notorious – corporate takeovers in UK history. Charles MacLean tells the compelling story of a deal sealed exactly 30 years ago. 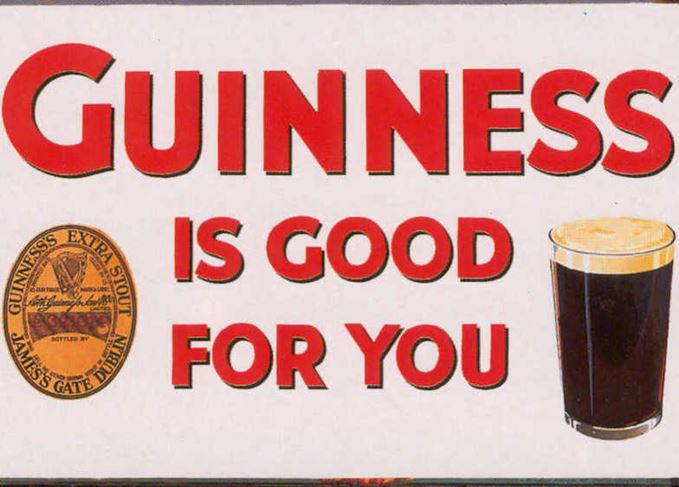 But good for whom?: The battle for DCL ended in a scandal that rocked the City

In the mid-1980s, the Distillers Company Limited (DCL) was by far the largest whisky company in the world. It had its origins in the amalgamation of six grain whisky distilleries in 1877, became involved with malt distilling in 1894 and increased this area of activity following the sharp downturn in the Scotch whisky industry after 1900, when many companies left the trade and sold their distilleries, brands and stock to the DCL.

Then the ‘Big Amalgamation’ of 1925 brought John Walker & Sons, John Dewar & Sons and James Buchanan & Company – the largest blending houses, known as ‘The Big Three’ – under the DCL umbrella.

Until the early 1960s, Distillers controlled about 75% of the UK Scotch market and slightly more of exports, but during the 1970s the position changed drastically and, by 1984, the company’s domestic share was down to 16%. Worldwide market share had fallen from 48% (1973) to 35% and, although Johnnie Walker Red Label was still the best-selling Scotch in the world, with 10% of the global market, it was being challenged.

In his book Takeovers, the financial journalist Ivan Fallon describes the DCL in 1984 as ‘one of the most traditional and conservative companies in Britain…also among the most badly managed… the average age of the board was 60’.

The City had no confidence in the company’s management, and referred to it as ‘the great sick giant of the industry’. It was clearly a possible target for takeover.

In June 1985, Guinness plc had mounted the successful hostile takeover of Arthur Bell & Sons, owner of the leading Scotch in the home market. It was a cruel battle, skilfully masterminded by Guinness CEO Ernest Saunders but, while it was being fought, an even more dramatic takeover was being planned.

World leader: But DCL’s Johnnie Walker Red Label was under threat from competitors

The target was the Distillers Company, and the David confronting this Goliath was Jimmy Gulliver of the Argyll Group, a multiple chain store which he had established in the late 1970s.

Gulliver was the son of a grocer in Campbeltown, and had a reputation as one of the ablest managers in Britain. ‘I wanted to build a big food multiple,’ he said, ‘[but] realised we would have to be bold enough to grow through acquisition, and quickly, if we were to reach a critical mass – the point where we were obtaining economies of scale to enable us to grow organically.’

During 1985, Gulliver constructed a bid, originally with the backing of Lord Weinstock, managing director of cash-rich GEC. Fatally, it took some months to hammer out the agreement between them – and in the end it came to nothing – but during the delay rumours ran around the City, and Distillers’ share price began to rise, as usually happens in anticipation of a hostile bid.

This also meant that the besieged directors were able to start building defences – appointing a new merchant bank, re-organising management and reassuring their institutional shareholders.

Nonetheless, when Gulliver launched his raid in December 1985, three months later than intended, he was still the favourite to win, in spite of the scorn of the DCL board: ‘Mr Gulliver deals in potatoes and cans of beans,’ said one director. ‘We are not selling brown water in bottles. We are selling Scotch.’

At £1.9bn, it was the largest bid ever made in Britain, and in the early days it looked as if Distillers’ shareholders would support Gulliver. Nervous, the board approached Ernest Saunders as a ‘white knight’.

‘HE COULD HAVE WALKED ON WATER’

Few executives enjoyed a higher reputation than Saunders. Even James Gulliver acknowledged: ‘Saunders could have walked on water. He was regarded… as near genius.’

In fact, he had been looking covetously at Distillers since October, but the costs of mounting a bid would be huge: he had to be invited to bid, and made it a condition of his acceptance that DCL pick up the tab.

The DCL board was initially reluctant to recommend the Guinness bid to shareholders – nine of the 12 directors would lose their jobs – but took some comfort from the fact that Sir Thomas Risk, Governor of the Bank of Scotland, would become chairman of the new company (in fact Saunders dumped him as soon as the battle was won).

A dramatic bidding war followed. In order to satisfy the Monopolies and Mergers Commission (MMC), the DCL sold a number of brands to Whyte & Mackay, including John Barr, The Buchanan Blend, The Real Mackenzie, Claymore (a cheap blend, but at the time Distillers’ leading brand in the home market, with 5.9%) and the once mighty Haig Gold Label (once the best-selling Scotch in the home market, now commanding a mere 2.77%).

The loss of these would not affect Distillers’ export sales. The deal was accepted by the MMC (in spite of the risible selling price), but Gulliver was still ahead until the final month of the battle, and the Press was behind him.

Fallen from grace: Haig Gold Label had once been the UK’s leading Scotch brand

Then the Guinness share price began to rise meteorically, enabling Saunders to increase his bid – and, in the end, to win the day, clinching the deal with an unconditional, £2.6bn offer on 18 April 1986. What happened?

In the early 1980s, it became common for raiders to call upon the help of their friends in the City to bolster their share price while a deal was still going through, with defensive tactics developed in parallel.

It was all legal, although not strictly above board. But, as the deals became bigger and the stakes larger, the ‘friends’ began to ask for indemnities against loss, or even additional ‘success fees’. This was illegal. Ivan Fallon wrote later:

‘It was in that final period that dubious tactics got out of hand. They would give Guinness the victory. But they also caused Saunders to lose his job, would result in the resignation of a dozen others, end some of the most promising careers in merchant banking, and cause a scandal such as the City has not known for 50 years.’

During the months following the Guinness takeover of DCL, questions began to be asked about the Guinness ‘share support operation’, which was so massive and so murky that the City and its watchdogs could not turn a blind eye.

It was revealed that Ivan Boesky, the leading ‘arbitrageur’ (investor in companies involved in takeovers), had invested $100m in Guinness in return for Guinness investing the same amount in one of Boesky’s investment funds. A further £100m had been borrowed by Guinness from a Swiss bank ‘for the purchase of its own shares’.

An action for fraud was raised against Ernest Saunders and four of his closest associates. The case came to court early in 1990 and lasted 100 days. Saunders was sentenced to five years in prison (later reduced to two) and his colleagues to about a year each, with fines up to £5m.

But what of the company created by this infamous deal? Next, Charles MacLean examines the aftermath of the Guinness/DCL acquisition – and how these events helped to shape Scotch whisky as we know it today.