The Guinness/Distillers saga: The Aftermath

The £2.6bn takeover of the Distillers Company Limited (DCL) by Guinness plc was one of the biggest – and most notorious – deals ever done in the City of London. But, as the dust settled, what of the company created by the scandal-hit acquisition? Charles MacLean reports. 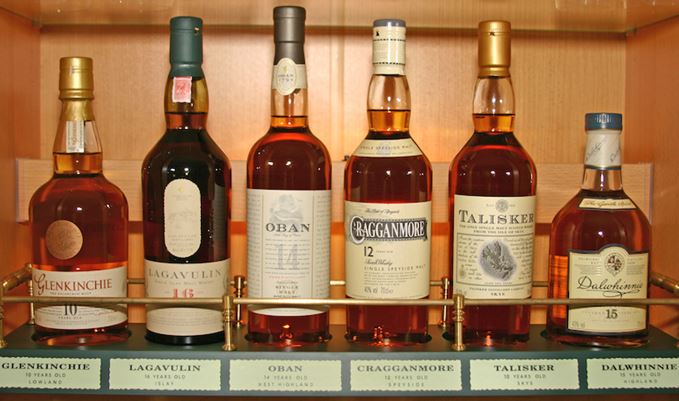 On 19 January 1986, in their elegant, wood-panelled boardroom in St James’s Square, the board of the Distillers Company debated whether they should recommend that their shareholders support the bid from Guinness plc to take over the company, to counter the bid from James Gulliver’s Argyll Group.

Nine out of the 12 directors would lose their jobs, and they reminded the other board members that the company’s principal defence against Gulliver, as stated to shareholders, was that the board had at last got the management structure, marketing and production systems right.

Now they were being asked to admit that this was not true, that the board was not good enough to run the enlarged company. It was, painfully, pointed out to them by the merchant bankers present that the board was held in low esteem by both the City and the shareholders; they stressed that there was little or no chance of remaining independent – it was a clear case of hostile or friendly takeover.

The directors were persuaded. Guinness was at least a drinks company, Argyll a mere grocery chain. But the battle which followed – as told in our previous article on the subject – was unprecedented in its dirtiness.

The corporate scandal that ensued rocked the City of London, led to the imprisonment for fraud of Guinness’ chairman and CEO, Ernest Saunders, and four of his closest associates, and severely damaged shareholders’ confidence in ‘the giant of the Scotch whisky industry’.

The directors of the new company, which was named United Distillers plc (UD) in June 1987, had a monumental task ahead of them.

They were a formidable team, and Sir Norman (later Lord Macfarlane of Bearsden) played a crucial role, not only in winning the confidence of the City, but in restoring morale at all levels of the company.

The first two years were chaotic. The immediate and pressing need was to raise cash. Companies which were not part of Guinness’ core business were sold off, as were the palatial buildings acquired by the whisky barons and their successors in central London, including Buchanan’s and Walker’s offices in St James’s, Dewar House in the Haymarket and Distillers’ House in St James’s Square.

With them went some of the pictures and most of the furniture amassed by the companies which made up the DCL during their long histories and, although their archives were retained and sent to Edinburgh, the rapid disposal of assets was both hasty and philistine.

To a degree, the disposal was part of the new management’s determination to sweep away the culture of the DCL. In some ways this was necessary – in recent years, the management of the company had become moribund (very few senior managers kept their jobs) – but in other ways the systems, loyalties, networks and style of Distillers were effective.

Consolidation of finance, management and marketing in a single building, Landmark House in Hammersmith, was certainly a good thing, as was the creation of United Distillers as a single, multi-brand company, rather than the DCL’s diversity of companies competing against one another for market share. Nonetheless, in the interests of winning back the confidence of the City, the precipitate reorganisation was brutal.

In the early years, global brand managers were appointed, with responsibility for implementing a marketing strategy worldwide. It was quickly realised that this did not take account of local knowledge, market conditions and historical factors, and the management emphasis shifted to become more geographical, allowing distributors a far greater say and responsibility.

An important aspect of  corporate policy in the years following the takeover was to take control of international distribution, either by acquisition or joint venture. Originally this was in order to implement global marketing tactics, but it also meant that the distributors’ margin went to the larger company. By 1991, the business controlled 80% of its distributors; in 1987 it had controlled only 25%.

Perhaps the most important and far-reaching decision made by the new management was to raise the image of Scotch whisky, its price and profitability – a move which would ultimately benefit the whole industry. The decision was borne of the discovery of just how vast was the stock of mature whisky its predecessor had amassed, largely owing to faulty market forecasts.

In the past, the DCL had used its dominant stock-holding to keep the price of whisky down; United Distillers approached it in the opposite way, driving the price up, making better use of its old fillings to introduce de luxe and super-de luxe blends (such as Johnnie Walker Blue Label) and, for the first time, to place emphasis on malt whiskies.

In 1988, United Distillers launched a range of six malts on the market which emphasised the differences in flavour between one malt and another, linking them to the region from which they originated. This new approach stressed ‘regional differences’ and opened up the whole sector.

The ‘idea’ of malt whisky fitted perfectly with UD’s overall strategy. The company had huge resources of mature whisky to draw from; malts were upmarket, high-value and high-profile; the interest in them had been growing since the early 1980s; ‘regional differences’ had been acknowledged since at least the 1930s.

The malts chosen were Lagavulin, Talisker, Oban, Dalwhinnie, Cragganmore and Glenkinchie; all were from small, traditional, picturesque distilleries – the company had in mind that consumers would want to visit them, and soon developed visitor facilities at each.

They were handsomely repackaged, each in a differently shaped bottle with a different style of label. Although they were to be offered as a set, and accompanied by six-bottle bar stands and display materials, the differences between them were not to be lost in uniform packaging.

It is no exaggeration to claim that The Classic Malts opened up the entire sector. The collection was soon followed by the Rare Malts and Flora & Fauna ranges, which further expanded consumers’ choice.

These forward-thinking tactics delivered a spectacular growth in profitability in only a short time. Group profits climbed from £408m in 1987 to £956m in 1991, with 75% contributed by United Distillers, which could by 1990 proudly claim to be not only the largest spirits producer in the world, but the most profitable.

In May 1997, the City awoke to the news that Guinness and Grand Metropolitan had agreed to merge. Grand Met began as a hotel group and moved into drinks in 1973 by acquiring Watney Mann and its subsidiary, International Distillers and Vintners (IDV), which owned J&B (with Knockando, Auchroisk and Glen Spey Distilleries), Gilbey’s gin, Piat d’Or wine and Croft Sherry and Port, and also held the European rights to Smirnoff vodka.

The merged company was originally to be named GMG Brands (ie Grand Met Guinness), with United Distillers & Vintners (UDV) as its trading division. Later in 1997, the holding company was re-christened ‘Diageo’ – a name devised by the company’s branding consultant, Wolff Olins, for a substantial fee.

An uncomfortable mix of Latin and Greek, Diageo alluded to the fact that every day (Dia) the company operated all round the world (Geo). In 2000, the corporate structure was simplified so that Diageo replaced UDV as the trading entity.

‘The new name was greeted with not inconsiderable amusement by the public at large, commentators and the whisky industry generally. However, although the shareholders at the meeting to approve the new name voted against it on a show of hands, the block postal votes delivered the requisite number and Diageo came into being.’