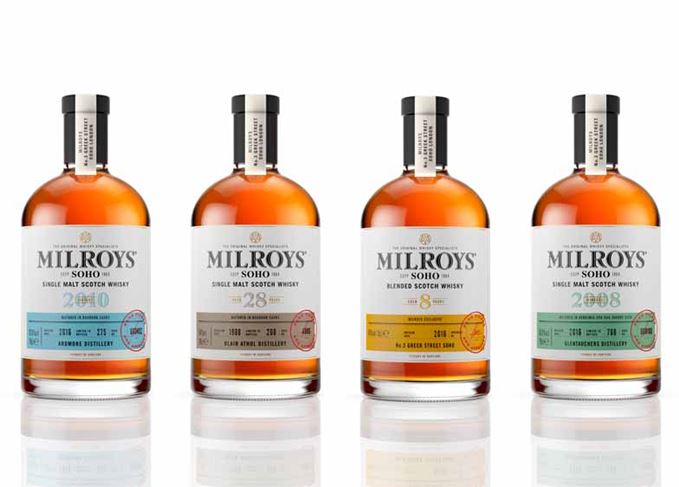 New clothes: The rebranding is Milroy’s first in more than 50 years

The shop in Greek Street, owned by Martyn Simpson since 2014, was founded by Jack and Wallace Milroy in 1964, and established a reputation as London’s leading whisky specialist.

Now it has been rebranded by branding and design agency Good, launching three single cask single malts and one blend to mark the occasion.

‘We’re really proud to put our names to these four brilliant whiskies, which are all distinguished and special in their own way,’ said Milroy’s CEO Martyn Simpson.

‘It’s not been an easy task, but we think we have four whiskies that would suit anyone, from a total novice to whisky expert.’

The new whiskies will be available from the shop in Greek Street and from the Milroy’s website from 29 September.

The Milroy’s rebranding also includes a new-look store and shopfront in Soho, a new website and new marketing materials.