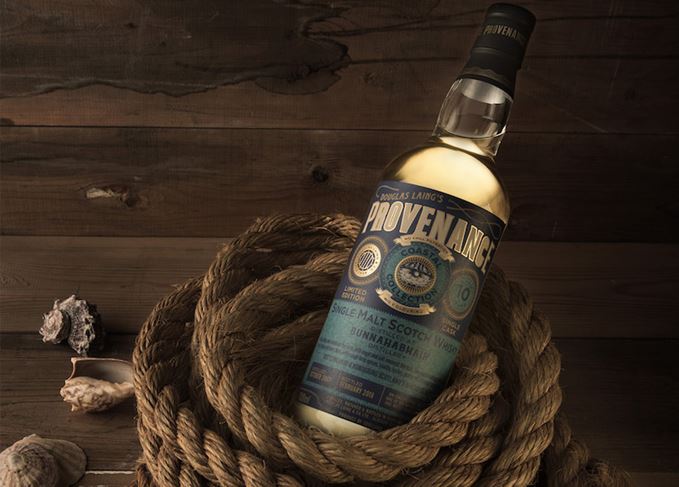 Released under the company’s Provenance label, the collection begins with a peated Bunnahabhain 10 Year Old single cask bottling, drawn from a refill hogshead.

Only 383 bottles, at a strength of 48% abv and without chill filtration or colouring, will be released, with an anticipated UK retail price of £55 per bottle.

The label features a rock oyster intertwined with a maritime rope, designed to bring to life the collection’s nautical theme.

Cara Laing, director of whisky at Douglas Laing, said the new range aimed to ‘highlight some of the most maritime malts from our stocks’.

She added: ‘The first release, distilled at Islay’s Bunnahabhain distillery, displays a salty, smoky and spicy character – the epitome of what we believe a maritime malt should be.’

The second Coastal Collection release, from an as yet unnamed distillery, is due in May this year.