The Glenlivet is releasing a new whisky it’s claiming to be the ‘first major single malt finished in Cognac casks’. 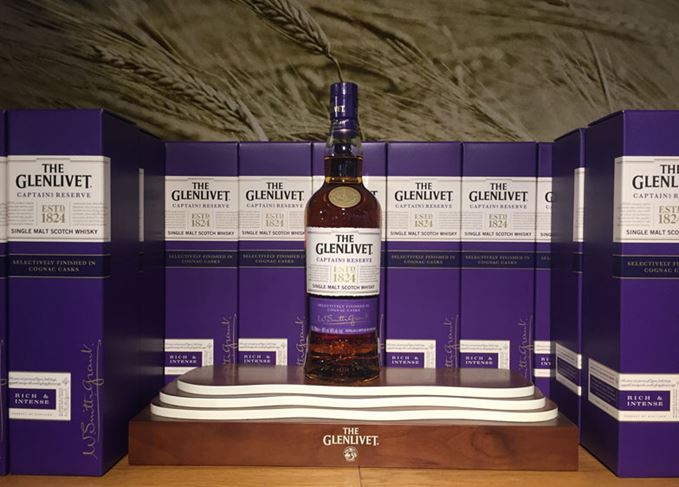 Cognac finish: The Glenlivet Captain's Reserve has been finished in Cognac casks for six months

The expression, called The Glenlivet Captain’s Reserve, has been matured in a mixture of ex-Bourbon and Sherry casks, before being finished in ex-Cognac casks for at least six months.

The Glenlivet Captain’s Reserve has been named in honour of Captain William (Bill) Smith Grant, the great grandson of The Glenlivet founder George Smith, who has ties with France having served there in WWI.

Unveiled during a Glenlivet tasting led by master distiller Alan Winchester at the Spirit of Speyside Whisky Festival, the no-age-statement expression is already available to purchase from the distillery for £50 for a 70cl bottle.

Captain’s Reserve, which is bottled at 40% abv and has notes of ‘mandarins in syrup, ripe poached pears and chocolate dipped raisins’, will sit above Glenlivet 15 Year Old in the range.

Aside from being available at the distillery in Moray, Captain’s Reserve will be launched into global travel retail later this month, with a release in global whisky markets later in the summer.