Ardgowan Distillery Company has unveiled revised plans for its £12 million distillery near Glasgow, which is still on-track to open in 2020. 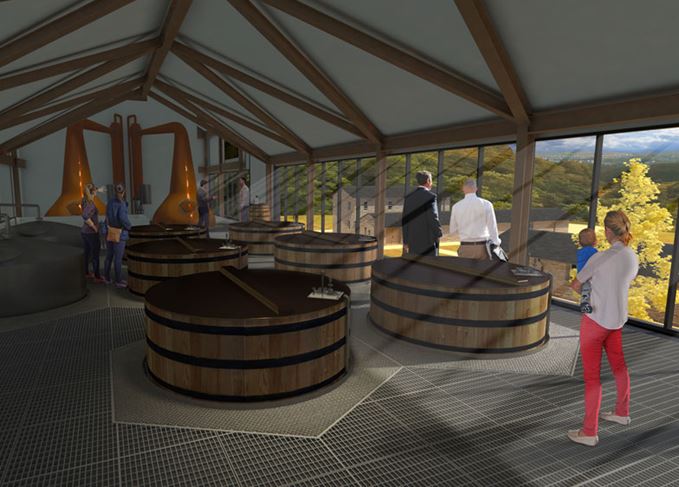 Regional style: Once operational, Ardgowan will produce a Lowland style of whisky

Having first submitted plans for the project to Inverclyde Council in 2016, new revised designs for a ‘state-of-the-art, modern’ facility were approved last week.

The design, by Michael Laird Architects and engineering firm Blyth & Blyth, incorporates an ‘extensive use of glass’ to create a ‘bright airy interior’ for the environmentally-considerate distillery.

‘This is a state-of-the-art, modern distillery which not only looks fantastic, but will reduce our environmental impact wherever possible,’ said Martin McAdam, CEO of Ardgowan Distillery Company.

‘Our architects have worked closely with civil engineers Blyth & Blyth and process designers Briggs of Burton to create a striking distillery which fits well in the landscape and uses heat recovery and closed loop cooling to reduce energy use and water consumption, whilst the extensive use of glass means visitors will get a clear view of the bright airy interior.’

Environmentally sympathetic: Ardgowan has been designed to blend into the surrounding landscape

Fitted with two copper pot stills and six wooden washbacks, Ardgowan distillery will be capable of producing up to one million litres of spirit each year.

However, the building has been designed to allow for future expansion, which could double output with the addition of two further stills and an additional six washbacks.

A separate visitor centre will be incorporated into existing buildings on the Bankfoot estate, featuring a farm shop, microbrewery, café and restaurant.

Although a building contractor is yet to be confirmed, work is expected to begin on the estate this year, with the distillery completed and operational by 2020.

Once up and running, Ardgowan distillery will create six new full-time jobs, with up to 15 additional jobs in the visitor centre and shop.

Having released its first product last month – a blended malt containing whisky that had been carried to the South Pole, Ardgowan will next year release a series of single and blended malts with Lowland flavour profiles that are ‘indicative of Ardgowan distillery’s future output’.

The limited edition malts will be aged for seven to eight years, and priced at around £50 per bottle. 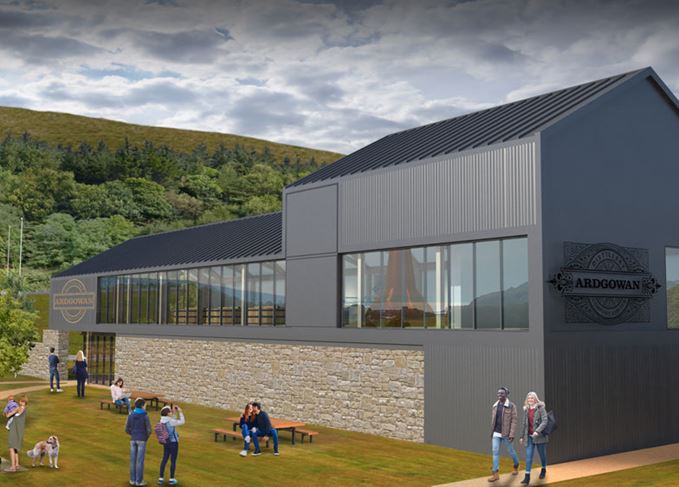 Tourist attraction: The distillery will incorporate a visitor centre complete with café and restaurant 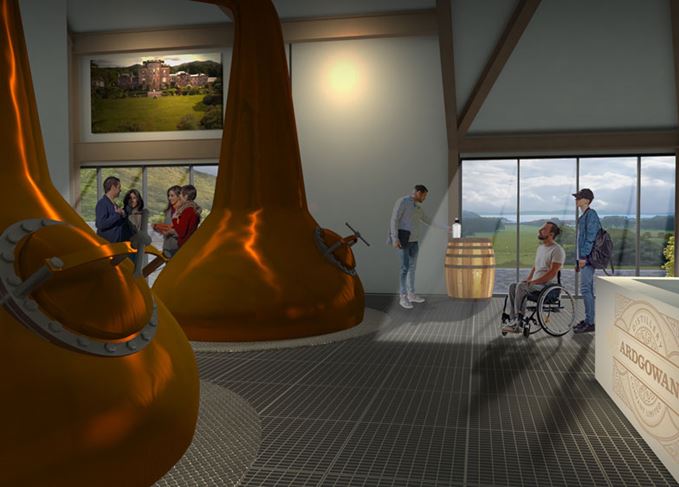