The green light has been given for work to start restoring the disused Rosebank distillery in Falkirk, 25 years after it first closed. 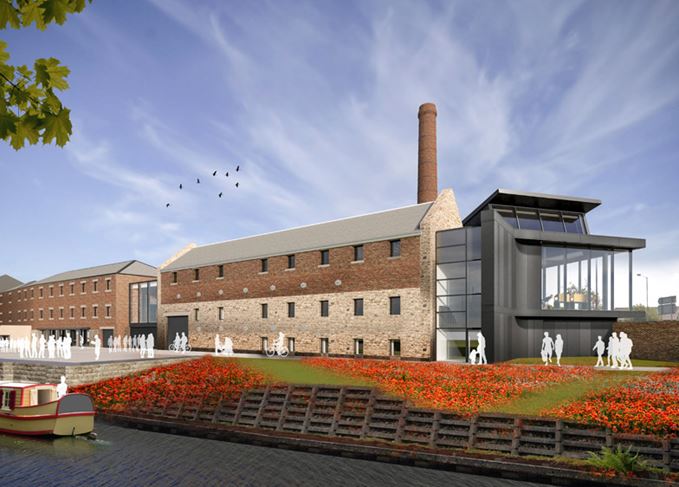 New era: Work will begin ‘shortly’ to bring Rosebank distillery back to life

Distillery owner Ian Macleod Distillers has been granted planning permission by Falkirk Council to transform the disused site into a working distillery, visitor centre and shop with space for warehousing.

Rosebank, which was first built on the banks of the Forth & Clyde Canal in 1840 as a maltings for Camelon distillery on the opposite bank, was eventually closed in 1993 by then-owner UDV (now Diageo).

Its maltings were converted into a restaurant but the distillery has lain silent since.

Ian Macleod Distillers, which purchased the site in 2017, expects to begin renovation work ‘shortly’, with a view to reopening Rosebank in autumn 2020.

Leonard Russell, managing director of Ian Macleod Distillers, said: ‘To bring back to life an iconic distillery and quintessential Lowland single malt is truly a once in a lifetime opportunity.

‘Rosebank distillery has a very special place in Scotland’s whisky heritage and we’re committed to ensuring this remains the case.

‘We will strive to replicate the unique Rosebank style by once more employing the unique techniques of triple distillation and worm tub condensers, for which this iconic Lowland single malt is famed.’

Rosebank will be an energy-efficient distillery capable of producing up to one million litres of alcohol per year.

With a range of distillery tours available, Rosebank’s visitor centre is expected to attract 50,000 visitors each year, ‘adding to the town’s flourishing economy and tourism scene’.

Councillor David Alexander, Falkirk Council’s spokesperson for economic development, said: ‘It’s great to see the Rosebank distillery coming back into use and this large investment on the site is to be welcomed.

‘We’ve worked closely with Scottish Canals and Ian Macleod Distillers to ensure that this site can become a great tourist attraction as well as bringing investment to the local economy and new employment opportunities.’

In its purchase of the distillery, Ian Macleod also acquired the remaining maturing stocks of Rosebank whisky from former owner Diageo.

The company will begin releasing limited bottlings from its acquired stocks – all of which was distilled in the distillery’s last few years – later in 2019.