Jura has launched its first chinkapin-finished whisky as part of a new series of single malts dedicated to the island’s community of (roughly) 212 residents. 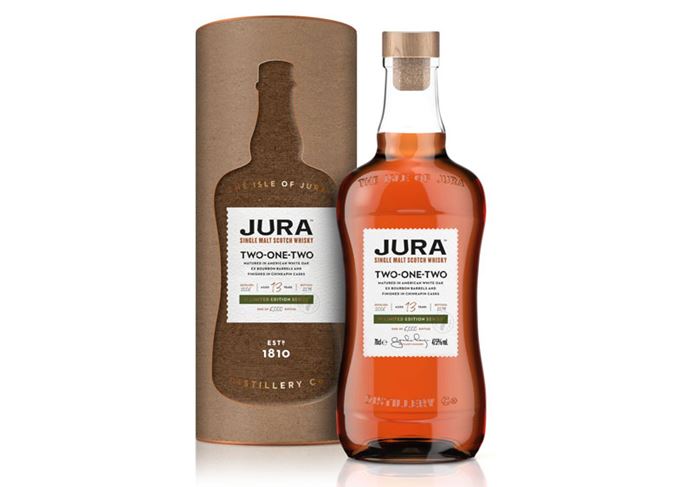 Chinkapin finish: Jura Two-One-Two has been part-matured in the rarely-seen oak

Jura Two-One-Two will be a series of limited edition whiskies kicking off this September with a 13-year-old expression matured in ex-Bourbon barrels and finished in chinkapin oak casks.

Gregg Glass, whisky maker at Whyte & Mackay, said: ‘Chinkapin is a wood that is rarely seen in the industry, but the impact it imparts on Jura’s light grassy spirit is worth the experiment.

‘It’s a fantastic partner which pushes the boundaries of what people expect of Jura’s house style, while its pioneering nature is the perfect way to celebrate the exceptional community which our distillery sits at the heart of.’

Chinkapin, or Quercus muehlenbergii, is a sub-species of white American oak that grows in areas of the north-east United States, including the Ozarks in Missouri.

Jura Two-One-Two #1 is bottled at 47.5% abv and is said to have aromas of lemon cake, cinnamon spice and toffee, with flavours of poached pear, sherbet and roasted pistachio.

Kirsteen Beeston, head of international malts at Whyte & Mackay, said: ‘We talk about Jura being a long way from ordinary and this latest creation certainly supports this.

‘By celebrating the people who make up our community, we are not only acknowledging the fundamental role they each play in our whisky, we are also highlighting the vital role of community to the Jura brand.’