The fires of the peated and unpeated whisky discussion have been stoked for decades. But as the smoke clears, both sides bring forward valid points. Tom Bruce-Gardyne investigates. 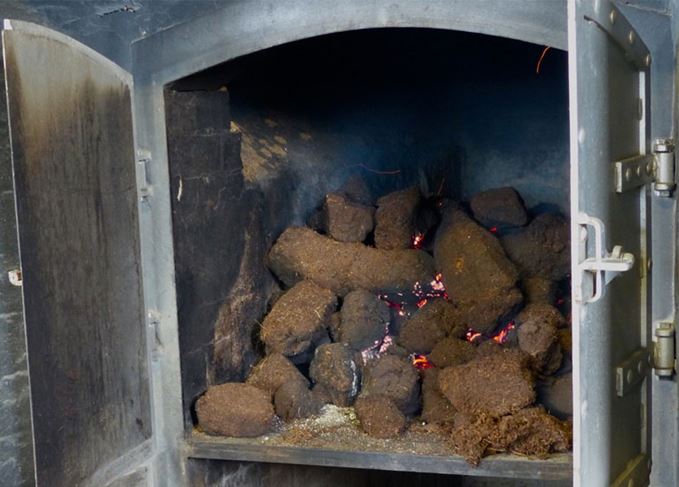 Heated debate: opinions are split when it comes to peated or unpeated whisky

We’ve been told time and again to quit smoking and stub it out, but the message hasn’t quite percolated all corners of Scotland, particularly the west coast and the islands beyond. We’re talking peat smoke; dense, blue clouds of the stuff wafting up from the kiln to cake the malting barley in an oily layer of tar.

The intense peat reek of Islay defines the island’s malts, led by Laphroaig, Lagavulin – and, peatiest of all – Ardbeg, whose Hamish Torrie champions the smoking lobby. He did once release a virtually unpeated Ardbeg (see below) that caused the kind of outrage not seen since Dylan went electric in ’65... But that’s another story.

Meanwhile, in the opposite corner and wielding a fire extinguisher is Stuart Hendry of the totally unpeated Glengoyne. Stuart is not adverse to the ‘occasional burst of madness’, but for the most part he relishes the subtle, nuanced complexity of whisky without smoke and urges others to join him.

Both compete to answer the central question: Are peated whiskies the ultimate expression of Scotch?

‘With Glenmorangie and Ardbeg, I do peat versus non-peated almost every day, continuously balancing the beauties of both. Although Ardbeg is known as the peatiest of all Islay whiskies with the malt peated to 55 parts per million (ppm), we have a little purifier on our spirits still which causes the heavy alcohols to drop back down. This reflux helps create a fantastic balance of smokiness and fruity, floral sweetness.

‘To be honest, the male, macho, hairy-arsed perception of heavily-peated whiskies is a bit of a myth. Plenty of women are seduced by them, and there is nothing better than to see their eyes light up when they realise that that thing that their husbands or boyfriends told them was “off limits” is actually so compelling.

‘A few years ago, we produced Ardbeg Supernova which was peated to over 100ppm, and a couple of other distilleries on Islay tried to do the same thing. With a bottling strength of 58.3% abv it was definitely big, peat explosion stuff, but while it’s part of our history it was never part of our main range. It was just to demonstrate we could do it – and do it beautifully. By contrast, years earlier we did Blasda – Gaelic for sweet and delicious – and at just 8ppm it enraged the fans. “How dare Ardbeg produce a lightly-peated whisky!” they howled. We were delighted.

‘We have been cheerfully misconstrued and misunderstood in the peaty camp, but what we all say is that it’s about “taming the peat”. It’s like wrestling a hairy behemoth to the ground and watching it get up rather dazed and say: “Mmm, that was rather fun.”

‘At Ardbeg we tame the peat via the purifier and through maturation in the finest casks we can lay our hands on. You get a lovely, deep, sweet smoky flavour in, say, Ardbeg Uigeadail, while in Ardbeg Corryvreckan, which has some rare, new French oak at its heart, you get a Tabasco, chilli, cayenne pepper prickle with some delicious dark fruit.

‘Our mantra is that 60% of a whisky’s flavour comes from the barrel, and that’s true of how we experiment with Ardbeg in this never-ending peat monster tussle.

‘Some say the fashion for peat will fade, but we’re not on a catwalk; we’re here forever, and there’s still an awful lot of the world that has yet to discover peaty, smoky whisky. Peat smoke is a challenge to the senses, but it’s a delightful, big, adventurous journey.’

‘Variety is clearly the spice of life with single malt whisky. One of our greatest strengths among global spirits is that we offer a huge breadth of flavour. There is truly a single malt for everyone with each reflecting its distillery, the local environment and historical production preferences.

‘Ardbeg is a shining example of Islay. We know why they use peat in the process and that they have done so for more than 200 years, and we are good with that. I am not seeking to consign our peaty cousins to Whisky Room 101. That would be of great detriment to our industry and indeed to my own career, given that we at Ian Macleod Distillers produce Smokehead, a young and vibrant spirit from an unnamed Islay distillery.

‘Right, having done with the pleasantries let’s cut to the chase. Heavily peated malts are fine for the hairy-chested lovers of crash, bang, wallop whisky, but those of us who prefer subtlety and complexity need to find our thrills elsewhere.

‘I’m not against the occasional burst of madness, but whilst it may be exhilarating to be slapped about by a cigar-smoking lunatic wielding a wet fish, it’s not something you’d want to do every day. Why drink something with one very dominant influence when you can experience the true craft of the distiller and taste the benefits of a great cask?

‘At Glengoyne we do not have peat in the ground and have always used anthracite, which burns with a smokeless flame free from tarry vapours. Because our malted barley was relatively neutral in character, our old boys developed a way of distilling that built layers of flavours in the still.

‘The secret is a remarkably slow distillation. On a gentle simmer, we nurse the spirit through the still at a snail’s pace because, the longer it stays in contact with copper, the more the estery fruitiness can develop. Fill Oloroso Sherry casks, leave them for a decent period and you’ve added richness and spicy complexity.

‘But if you want to produce a peaty monster, simply dig up some peat, light a match, distil quickly to minimise any fruity flavours that might confuse things, and pop it in a cask. Job done. Much easier, but nothing like as much fun. If you haven’t tried our way of doing things, please take the plunge and see what slowly distilled whisky unmasked by peat smoke can do for you.’

Of course, the world is big enough for every shade of single malt from the most phenolic, high-tar whiskies to those with no tar at all. The spirit’s glorious diversity is, as Hendry points out, a big part of its appeal.

Yet, like other drinks, there must be some element of fashion in all of this, whatever Torrie says. You only have to think of wine, where the tide of buttery, oak-soaked Chardonnays has turned, to wonder whether it will happen for the peat monsters of Islay.

Are whisky lovers destined to end up on the western fringes of planet Scotch, or do they eventually return to the mainland for something less smoky? Is unpeated Glengoyne in all its naked glory that final destination?

This is not to imply that smoke and subtlety are somehow mutually exclusive. That would be absurd as they happily coexist in many a fine dram.