Inverleven was situated just south of the Highlands border near Glasgow, making it a Lowlands single malt. It was predominantly set aside for blending in owner Hiram Walker’s Ballantine’s blend though it made a few outings as a single malt, the most recent being part of Chivas Brothers’ Deoch an Doras (one for the road) series in 2011. A smattering of independent bottlings exist, although stocks are undoubtedly rare. 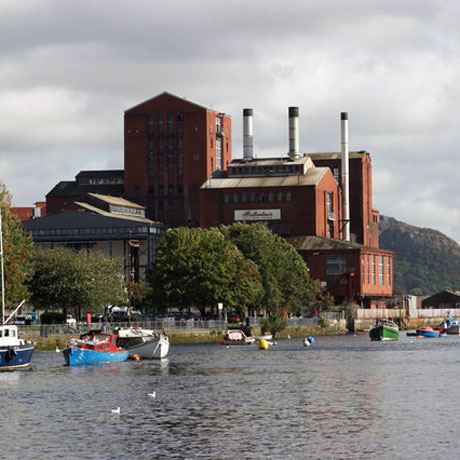 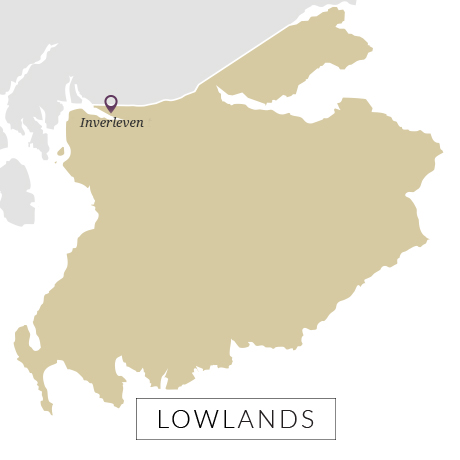 After it purchased George Ballantine & Sons in 1936, Canada’s Hiram Walker-Gooderham and Worts needed to secure a steady supply of malt and grain for its newly acquired blend. Ballantine’s had no distilleries in its portfolio, so Hiram purchased the Miltonduff distillery in Speyside (it had already bought Glenburgie in 1930), and set about building a giant grain and malt distilling complex in Dumbarton, near Glasgow.

The Dumbarton grain distillery came to life in 1938, at the same time as its sister malt distillery, Inverleven, a more ‘compact’ plant featuring two copper pot stills situated within Dumbarton’s walls. The Canadians left their mark with Inverleven – the malt distillery is thought to be the first to steam-heat both its wash and low wines stills rather than use direct fire; a safety change now adopted widely by the majority of Scotch whisky producers.

In 1956 a third Lomond still was added to the Inverleven still house, a unique style of still featuring a rectification column with changeable plates capable of creating multiple styles of spirit. Although the Lomond still shared Inverleven’s wash still, it was classed as a separate distillery called Lomond. The two malt distilleries had a combined output of 500,000 proof gallons a year.

Lomond was mothballed in 1985, just three years before Allied Lyons purchased Hiram Walker. Not long after the acquisition, in 1991, Inverleven was also decommissioned, though its stills live on.

In 2005 the stills were transferred to Bruichladdich on Islay (as was the Lomond still, which is now used to make Botanist gin), though they were never used to make whisky. Inverleven’s wash still was relocated to stand proudly as a photo opportunity for tourists outside the distillery, while the spirit still was stored at the old Lochindaal distillery at Port Charlotte. In 2015 both were relocated to former Bruichladdich co-owner Mark Reynier’s new Waterford distillery in Ireland.

Dumbarton itself was eventually closed in 2002, its buildings demolished to make way for a housing complex.