With the box office success of Avengers: Endgame this weekend it’s hard to imagine Marvel was near bankruptcy 23 years ago, when its pandering to the collectors market almost saw its demise. There’s a lot whisky can learn from comics, writes Jason Thomson. 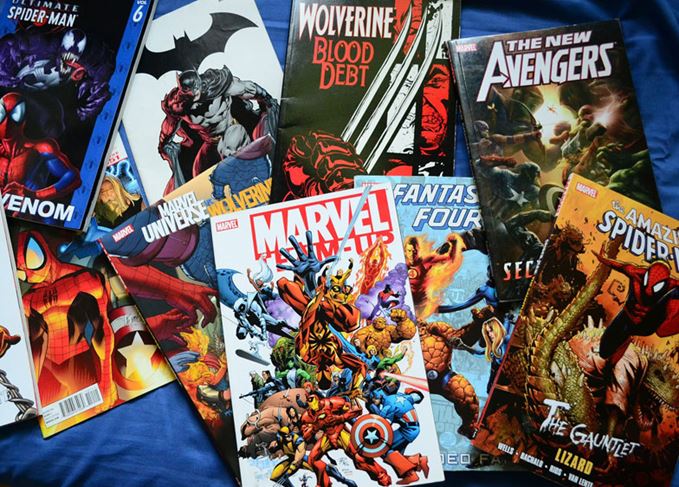 Collectors items?: Like whisky, some comic books are created for trading on the secondary market

Comic books and whisky…. what could they have in common? At first glance it seems not much. But, if you look closer, you’ll see that there are similarities scattered over their past, present and, even possibly, their future.

Historically both have used a foundation of a dedicated and passionate fan base as a launch pad to skyrocket to mainstream success. In recent years Marvel, one of the world’s biggest comic book publishers, has now become an entertainment behemoth, with its latest release – Avengers: Endgame – shattering box office records and making US$1.2 billion in its opening weekend alone.

But it wasn’t always rosy for Marvel. In fact, in 1996 the company was almost pulled into bankruptcy due to a whole host of problems, mostly of its own making, but problems that the whisky industry might do well to take note of in the current climate.

Marvel’s financial issues weren’t unforeseen either. The publisher, and even the whole comics industry, were warned about the fate that they were courting several years beforehand.

In 1993 comics were booming. Sales were at an all-time high and new comic book stores were sprouting up wherever there was space. Everybody agreed that this was a golden time for the industry; everyone it seems except Neil Gaiman. Writer of some of the era’s best stories across the genre of comics, his work on Miracleman and the Sandman series is still praised today. He was a respected and heralded voice within the industry. However, people were not ready for his frank assessment of what was happening to comics at the time.

In April 1993, Gaiman took his place on stage in front of 3,000 eager attendees at the Diamond Comic Distributors’ 10th Annual Retailers Seminar, and pulled the rug from under them. He declared they were living in a bubble. A bubble that had been manufactured by the industry and one that was doomed to do what all bubbles must – burst.

For years publishers had been cashing in on a market fuelled not by eager readers, but by speculators. People were buying comics, just not in a way that was sustainable. Individuals were hoarding up to 20 copies of the same issue; one to consume and 19 others to be tucked away and (theoretically) sold later for a hefty profit.

Far from finding this to be a problem, publishers leaned into the trend. Issues were released with multiple covers or collectible trading cards and packaged in foil bags, necessitating the need to buy many more than could ever be needed to ensure that the buyer had a full set.

Gaiman compared the current boom to the ‘Tulip Mania’ that brought Holland to its economic knees in the 1630s. This was a strange time where money was to be made in the frenzied buying and selling of tulip bulbs and is often thought of as the first speculative bubble.

‘You can sell lots of comics to the same person, especially if you tell them that you are investing money for high guaranteed returns,’ Gaiman told the attendees. ‘But you’re selling bubbles and tulips, and one day the bubble will burst, and the tulips will rot in the warehouse.’

Shared fate: Like the ’90s comics industry, is whisky catering too much to collectors and flippers?

All this rings alarmingly true with the current whisky marketplace, especially with the growth of online whisky auctions. For years the whisky-buying public have voiced their rage at missing out on the newest limited release to ‘flippers’, those only interested in whisky for its short-term increase in cash value. The whisky industry itself seems to have escaped the backlash even if they are, for lack of a better word, pandering to these most ardent of speculators.

This was seen recently with Diageo’s Game of Thrones releases. A wonderful bit of fan service and a nice tie-in with a pop-culture phenomenon, but one that led to some of the most blatant cash grabs the whisky world has seen in some time. As the first online auctions rolled around after the UK release, these bottlings numbered in the hundreds.

Lannister, Stark, Tyrell and the rest of the great houses were there in such high numbers that it was a chore to scroll past them to see what else was available. It isn’t a particularly new trend either. With each Punchbowl, Devil’s Cask, Committee bottling, Genesis expression or entirely auctioned-off first release from a new distillery, the buy, flip and profit consumer base grows. Until the profits stop. And then what?

Comics, whisky, tulips – it doesn’t really matter. Once the profits stop the speculators will move on. They always do.

In his impassioned speech Neil Gaiman suggested a solution to all this. His idea? He asked people to focus on writing and selling good stories and to move the focus away from selling several of the same issue to a single person. As he put it: ‘I don’t write collectibles, nor do I write investment items. I write stories. I write the best I can. I write stories for people to read.’

A noble sentiment, and one that easily translates into the whisky world without much being lost in translation. Swap out writing stories for making whisky, and people reading for people drinking, and you can easily picture a whisky maker imparting these words.

The short-term profits from selling all these limited and rare drams are just that – short term. The rise of special edition and limited release whiskies in the past decade has been huge, and the secondary market driving them has inevitably grown too. You need only have a passing glance at any whisky auction site to see that. However, when we look at similar situations in the past, these models are not built to be sustainable – never mind thrive – in the long term.

None of this is to say that limited editions or auctions are necessarily bad things. Both have a place within any well-balanced marketplace, but finding that balance is key. It’s obvious to say that whisky is very different to comic books, but there are similarities that are undeniable. Hopefully the two industries don’t share the same mistakes.