Speyside distillery Tamnavulin has launched its first single malt in over 20 years in celebration of its 50th anniversary. 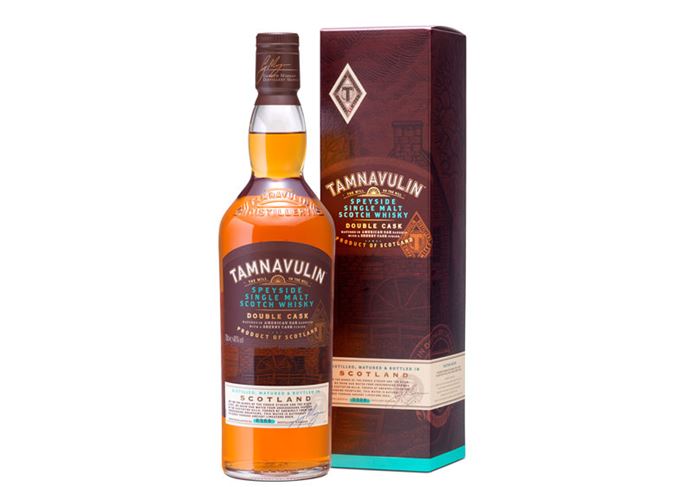 The Moray distillery, which predominantly produces single malt for the Whyte & Mackay blend, has introduced Tamnavulin Double Cask, a no-age-statement single malt in the UK.

Matured in American oak casks and finished in Sherry butts, the whisky carries an abv of 40% and costs £32 per bottle.

The expression will be rolled out to other markets in 2017.

Due to an upgrade at the distillery in 2007, when it was reopened following a 12-year silent period, Whyte & Mackay claims the liquid is richer than expressions bottled prior to the 1990s.

He added: ‘Tamnavulin distillery has been crafting remarkable whisky, full of Speyside character, for the past 50 years and this latest expression is no exception.

‘This new release will meet the needs of consumers in terms of flavour, innovation and price point.’

Double Cask is the first single malt bottled by Tamnavulin since the 1990s, and while it will be the only release from the distillery for the forseeable future, Whyte & Mackay confirmed that ‘we are sitting on some aged stocks that go back to the founding of the distillery, which may help form some exciting releases at some point’.

The distillery was built in Tamnavoulin by Invergordon Distillers in 1966 during the great whisky boom, and sold to Whyte & Mackay in 1993.

Its new owner mothballed the distillery two years later and it lay silent until 2007, when Whyte & Mackay itself was sold to Indian group United Spirits.