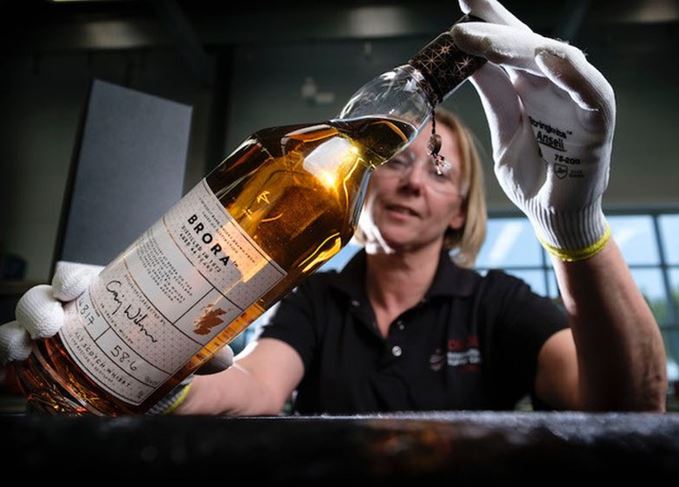 One of a kind: Donna Methven, production team leader at Diageo’s Global Supply Centre in Leven, assesses the 1972 Brora

The 1972 Brora was matured for 44 years in an ex-Sherry butt and was the only bottle drawn from the cask. It was bottled as part of Diageo’s ‘Casks of Distinction’ collection.

But an unnamed bidder obliterated those figures, paying almost double for ownership of the rare bottling.

Martin Green, Bonhams whisky specialist in Edinburgh, said: ‘This was a very special bottle of whisky – a true one-off – and I am not surprised that it was contested so fiercely nor that it sold for such an impressive price.’