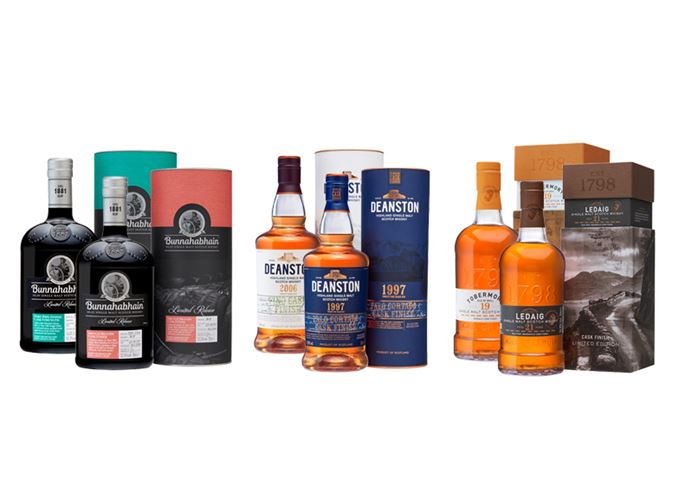 Spoilt for choice: Six of the eight limited expressions from Bunnahabhain, Deanston and Tobermory

The 2019 collection is comprised of eight whiskies, all of which have been finished in a variety of ex-Sherry, Port and brandy casks.

Derek Scott, brand director for malt whisky at Distell, said: ‘The team surprise us every year with the creation of new and exciting expressions, continuing to achieve incredible results with their choice of finishing casks.

‘One of my particular favourites this year has to be the Bunnahabhain Vintage Marsala Finish; it has sweet hints of chocolate and caramel that develop into a lingering smoky pepperiness, which is extremely memorable.’

The eight limited edition expressions featured in the collection are as follows:

The collection will be available in international markets and global travel retail from July, although the Bunnahabhain Port Finish and Deanston Fino Finish will be unavailable in Canada and the US.

To announce the release of the collection, Distell has produced a video in which master blender Dr Kirstie McCallum, blender Julianne Fernandez and distilleries manager Stephen Woodcock lead tastings of all eight whiskies.

July also marks the reopening of Tobermory, following a two-year closure to renovate and improve the distillery’s facilities.