From its fiercely protected origins to the imagery used on labels and in marketing, Scotch whisky is quintessentially Scottish. But most of the industry’s highly successful products are owned by companies based outside the country. Can that be right? Tom Bruce-Gardyne investigates. 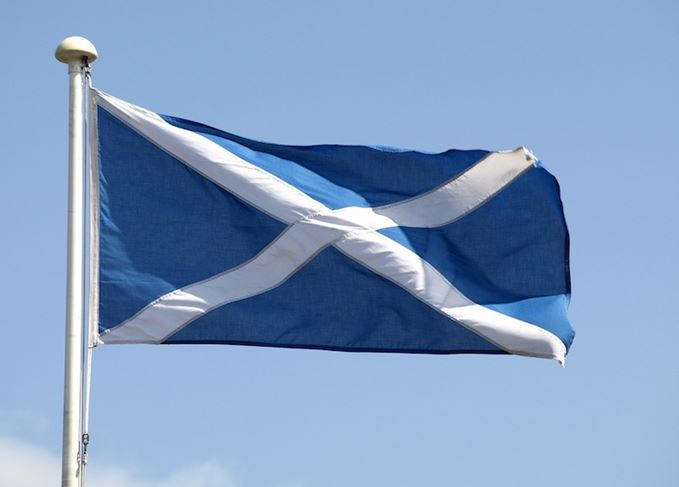 Scottish symbol: But could Scotch whisky bring more benefits to its homeland?

You would imagine that many countries would give their eyeteeth for a brand as strong as Scotch whisky. Pumped around the planet, it has been a great liquid ambassador for Scotland, allowing it to punch way above its weight.

That in itself is a huge benefit, though almost impossible to quantify. What you can measure however, is tax and jobs.

Mercifully, there are no unmanned distilleries in Scotland as yet, but automation has undoubtedly reduced the numbers working in whisky north of the border, while top jobs have fled south in a spate of mergers and acquisitions.

The notorious Guinness boss, Ernest Saunders, swore that DCL would remain Scottish and headquartered in Edinburgh following its takeover, but reneged on his promise once the deal was done in 1986. Within 15 years, Johnnie Walker had moved to that well-known whisky country, the Netherlands.

Today, more than 80% of Scotch is controlled by companies based outside the country, which begs the question: Does Scotch whisky benefit Scotland as much as it should?

‘Scotch whisky is one of the greatest Scottish success stories and the backbone of the country’s export industry. In fact, every second Scotland exports £127 worth of Scotch whisky. That success abroad translates into benefits – economic and cultural – here at home.

‘First, the economy. The Scottish government’s latest Economic Strategy, which identifies important sectors within the economy based on potential growth, employment and opportunity for international competitiveness, highlighted Scotch whisky’s importance to Scotland.

‘Indeed, that strategy placed food and drinks as the third most important sector to safeguard Scottish prosperity, just behind energy and financial services. To put that into perspective, the Scotch whisky industry is approximately 170% larger than Life Sciences in terms of Gross Value-Added contribution.

‘As an industry, we help to support communities across Scotland, especially in rural areas, directly contributing over £3.2bn to the Scottish economy. Taking our wider supply chain into account, that figure rises to more than £4.7bn.

‘Our member companies have a consistent track record of investing heavily in their distilleries, warehouses and other manufacturing facilities, such as bottling, packaging and traditional crafts such as coppersmiths and coopers. These large-scale, sometimes multi-million-pound investments, have even greater value because many of them are made in rural parts of the country.

‘But the benefits of Scotch to Scotland go much further than economics. Scotch whisky is also part of the cultural fabric of Scotland, plays a vital part in Scotland’s world-class tourism industry. For many Scotch is their introduction to our country and inspires visitors from all over the globe to visit.

‘Thanks to ongoing investment by Scotch whisky companies in world-class distillery visitor centres, 2017 was a record-breaking year, with 1.7m visits to distilleries. This has obvious knock-on benefits for restaurants, bars, hotels and other businesses that depend on tourism.

‘We see the Scotch whisky industry as a significant Scottish and British economic and cultural asset that boosts growth and jobs, that strongly supports the communities in which we operate, and that combines the very best of the traditional and the modern.’

‘The value of Scotch whisky in aggregate is huge – at a retail level, my rough guesstimate is around £30bn. Most of this accrues in tax to non-Scottish governments, after which comes the profits to producers who are predominantly non-Scottish-owned. When I last researched this, I estimated that only about 2% of the total comes back to Scotland.

‘There is some tax that accrues to the UK government from whisky sales in the UK, but the real value of Scotch to the Scottish economy is basically the jobs that are generated and the income that’s derived from them.

‘Diageo, for example, no longer has high-level functions in Scotland, so essentially we’re talking of jobs at the distilleries themselves and the bottling plants. People will argue that Scotch is a global industry, but the stuff is produced in Scotland. For me, it’s like saying that oil is a global product, so what do the Saudis think they’re doing deriving revenue from it?

‘Looking forward, there is the growth in artisan whisky that tends to be genuinely Scottish-based and much more value-added than bulk blended Scotch. But in terms of encouraging the big whisky companies to relocate to Scotland, I feel that horse has left the stable. Pernod Ricard and Bacardi are not going to relocate.

‘So how could we increase the benefit to Scotland? Well, my best suggestion would be tax – some kind of production tax, possibly based on water usage. One pound a bottle would generate a lot of money for Scotland relative to the existing benefits, but it’s not a lot in relation to the typical retail price. If I want a cheap bottle of Scotch at €15 in a French supermarket, would I really be tempted by an Irish whiskey at €14?

‘Obviously it would have some effect, but the notion that such a tax would kill the Scotch whisky export industry is completely off-the-wall. The fact is the retail price of whisky around the world is very high, and a large part of that is accounted for by local taxes.

‘There is a wider issue about international tax avoidance, and something needs to be done about that. Are the big whisky companies engaging in Amazon- or Starbucks-style tax avoidance? You bet they are.

‘But, as for the idea of a specific production tax to benefit Scotland, I see very little sign of any political will. I’m astonished by how powerful the Scotch Whisky Association seems to be as a lobby.’

As with so many economic arguments, it depends on which data you believe in. The ‘£3.2bn to the Scottish economy’ quoted by Karen Betts is the gross value-added, which is a measure of output like GDP.

Meanwhile, John Kay believes we should be looking at Scotch through the prism of gross national income (GNI), which measures the income owned by a country’s residents and businesses.

The Irish are now using GNI for a truer picture of their economy without the goods and services ‘routed’ through Ireland by firms like Microsoft and Google. To paraphrase Professor John Fitzgerald of Trinity College Dublin, it’s about measuring ‘the real income and output of real people living in Ireland’.

Unfortunately, you get a smaller total as a result, which explains why those keen to big up whisky’s importance to Scotland, be they Scottish Nationalists or the SWA, prefer to measure output, according to Kay.

He may be right, but his proposed £1-a-bottle tax remedy sounds pretty mad to me. In the ferociously competitive mainstream, it could cripple brands like Bell’s, Famous Grouse and Whyte & Mackay, which will soon face minimum pricing in Scotland.

Instead of a vicious stick, why not a juicy carrot to tempt Chivas Brothers, William Grant and even parts of Diageo to relocate from London? They could swap the congestion, pollution and absurd property prices of the capital for a handsome city like Edinburgh. Ok, there’s the weather, but you get used to it… eventually.