How are Scotch whisky regions different?

Scotland’s five official whisky regions are traditionally used as a guide to navigate Scotch flavours and styles. Yet the difference between a Speyside and an Islay malt has less to do with flavour than you’d think. The Whisky Professor clears up the confusion. 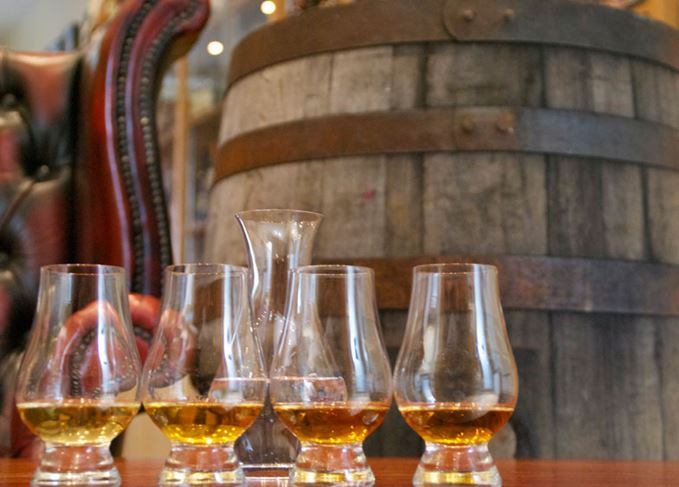 I am new to whisky, so sorry if this is a silly question. Can you tell me what the difference is in terms of flavour between a Lowland, Highland and a Speyside whisky?

Dubious definitions: The Prof explains why whisky regions are not defined by flavour

There is no such thing as a silly question so never be afraid to ask. You will find people in the whisky world more than happy to share their knowledge (and opinions). With this question you have hit upon a fascinating area of debate. Here is my take on it.

As you will know already, Scotch whisky is divided into five legally defined regions: Lowland, Highland, Speyside, Islay and Campbeltown.

Things get more interesting when you look at the remaining three regions. The ‘Lowlands’ are defined as being the area lying to ‘the south of the line dividing [it from] the Highland region.’ If you have studied Scottish geography you would imagine that this line means the geological fault which runs diagonally across the country. You would be wrong.

While this looks strange, it is a boundary first established in the early 19th century for taxation purposes.

Drawing a line: The Scotch Whisky Act clearly states the boundaries for each region

‘Speyside’ isn’t defined by the watershed of the River Spey, but consists of:

‘(i) the wards of Buckie, Elgin City North, Elgin City South, Fochabers Lhanbryde, Forres, Heldon and Laich, Keith and Cullen and Speyside Glenlivet of the Moray Council as those wards are constituted in the Moray (Electoral Arrangements) Order 2006(b); and (ii) the Badenoch and Strathspey ward of the Highland Council as that ward is constituted in the Highland (Electoral Arrangements) Order 2006(c).’

So, it’s less to do with terroir in its widest possible sense and more to do with political boundaries.

To confuse the matter further, as Speyside falls within the borders of the Highland region ‘Scotch Whiskies distilled in the Speyside area may either be described as “Highland” or as “Speyside”.’ It also means that the whiskies from the islands (bar Islay) are all Highland.

In some way, that answers your question. I suspect however that what you were wanting to find out is what the flavour differences are between whiskies from the different regions. Allow me to dwell on this for a moment or two. Within the Highland region could you honestly say that every distillery from Glengoyne to Wolfburn tastes the same? Where is the similarity between, say, Ben Nevis and Glenmorangie – or Ben Nevis and its neighbour Oban come to think if it?

Could Speyside be a better case study? Let’s examine Dufftown which is home to six distilleries: Glenfiddich, Balvenie, Kininvie, Mortlach, Dufftown and Glendullan. Is there a shared character? Do the first three, which are on the same site, taste the same? Where is the commonality between Mortlach and Dufftown? In fact, within Speyside you run the gamut of whisky flavours, from fragrant to fruity, malty to meaty – and even smoky. The closer you look, the more exceptions to the rule there are, until the rule itself collapses.

Why then are there regions? To answer that, I believe that you have to go back to the 19th century and the start of blending. It made sense for blenders to create broad (and that is the key word) flavour groupings. Islay (and island) all tended to be smoky, while Campbeltown was heavy/oily. John Walker & Sons, for example, used the term ‘North Country’ for one of its mainland groupings – mostly, but significantly not exclusively, drawn from Speyside.

It was blenders, needing a wider range of colours for their palette, who got mainland distillers to pull back from smoke, resulting in single malts which were lighter and fruitier. Widening the flavour options was the key to what became regionality.

What was a useful shorthand term for blenders only began to come into common usage when single malt began to become a category. Regionality was a way of navigating between a baffling number of distilleries.

Regions made sense to show that whisky was made across Scotland and came in different flavours but, in my opinion, the argument was over-exaggerated. Lowland whiskies really didn’t taste the way they did because the Lowlands were soft and rolling.

You could argue that Islay exhibits a regional character in terms of smoky whiskies because of the nature of Islay peat – but then not all Islay whiskies are smoky and not all smoky Islay whiskies use Islay peat.

Where does this leave us? I think that quietly walking away from a regional approach is liberating because instead of trying to create commonalities where none (or few) exist, it allows you to focus on the individual distillery character, and that is the most important element within single malt.

The blender’s hand may have steered a whisky’s character in one direction, but each distillery, somehow, exerts its own personality. How? That is the big question which no-one can yet answer, but it is individuality which makes single malt so fascinating.

By all means use regions as a quick way of defining where they are located, but enjoy the riches within each distillery.