With a career spanning nearly four decades at William Grant & Sons, distiller John Ross has had his fair share of failures, but insists he would never have achieved quite the same level of success as he has done without them. He speaks to Dave Broom about algae, photobioreactors, the balancing act between innovation and brand identity, and his vision for a greener Scotch whisky industry. 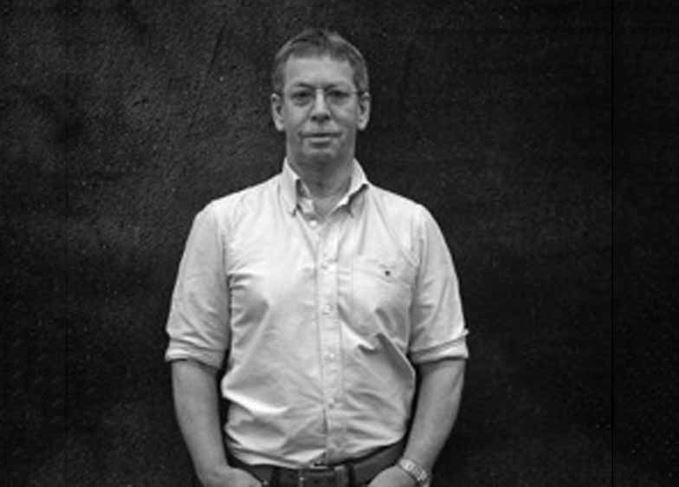 When you go to interview a distiller, it’s fair to say that you don’t expect the first topic of conversation to be about algae; not in said distiller’s dam or the water source, but as a potentially lucrative by-product.

Then again, there’s not another distiller in my experience quite like John Ross. It’s unlikely you’ll have heard of him. His job title is technical area leader at William Grant & Sons, which means he is in charge of the firm’s technical innovation arm, designing new processes – such as the algae pilot plant.

Our paths have crossed on a semi-regular basis over the years, and his name is regularly dropped by other whisky-makers whenever the topic turns to new technology, innovation and uber-geeky areas of investigation. He is the man with the answers (not that I would tell him of his reputation – he’d just deflect the praise). Ross, quietly spoken, just gets on with the job… or jobs.

Anyway, the algae. I’d opened the chat by asking him what was new and exciting. Having glimpsed the framework of the new Girvan grain distillery outside his window, I felt I was on sure ground. ‘Photobioreactors,’ he responded, launching into a fascinating technical explanation of what they did, how they worked and, well, the science then got the better of me.

The basic premise is this: photobioreactors use sunlight and waste carbon dioxide to grow algae, and do it in a much more controlled and intensive fashion than would happen in nature. The algae can then be used to absorb carbon dioxide (a good thing) create biofuel (also a good thing, though I got lost at that bit) and are rich on omega oils (also good). What does a distillery have an excess of? Carbon dioxide. Ross talked about using the carbon dioxide from washbacks – and even Scotland has enough sunlight to make this work.

In other words, algae can help the environment – and make you money. I’m digesting this, but he’s now talking about the refurbished stills which have gone into the Hendrick’s distillery, that new grain distillery (which is no small thing), the expanded capacity at Glenfiddich and everything else that’s on his desk.

‘We’ve got about 20 innovation projects, good ones, on the go,’ he says. ‘Some will work, some will be patented, and even though not all will go to fruition, the initial concepts are good. There’s always that element of R&D which never goes as fast as you like!’

He seems preternaturally calm given this workload, but maybe that comes with experience. ‘I was living in Ayr and working at a firm which made chipboard floors when I took a job here on the technical side of grain distilling. On 1 November ’78, I got the bus down – I didn’t have a car at the time – and walked up the river. It was full of salmon – I’m a keen fisherman– and I thought: “This is good for me.”’

Ground-breaking: Girvan was the first grain distillery to install a multi-pressure process

Over his 38 years at William Grant, he’s worked in malt distilling, ‘I learned that the hard and practical way’, in the firm’s NPD lab in Southampton, and helped design and commission the expanded Girvan plant in 1986. In 1992, he became Girvan’s production manager and installed the first multi-pressure process for grain whisky in the world.

This last achievement is something that some would shout about. Ross, typically, deflects it. ‘The initial work was all done by Alko in Finland. They were remarkable guys. I went to work with them to see if we could adapt the technology (which was designed for the production of neutral spirit) to make grain.’

Why was it needed? ‘The stills we had were conventional, Coffey-esque two columns making a heavy-style grain. When you use direct steam injection you can burn material onto the internal surfaces. If the still operates with a vacuum in the wash column, however, you won’t get any burning, therefore there’s no sulphur, no off notes, and you get clean, fruity esters – and greater consistency.

‘The first samples were sent to Glenn Gordon (now Grant’s chairman), but he said it was too light, and told me to make it heavier. The trouble was, no-one had made any grain spirit with these stills. I figured that if you got lighter and cleaner spirit by altering the pressure, you could do the reverse and make things that bit heavier.’ So it worked? There is a small smile and a laconic ‘aye’ in response.

‘The bulk of technology is unique to here,’ he continues. ‘We have things which no other grain plant has, though [La Martiniquaise-owned] Glen Turner has now adopted multi-pressure, and I’m sure Diageo will do it sometime.’

This relentless innovation is, he feels, something which is part of the Grant family DNA. ‘Charles Grant Gordon [former life president, who died in 2013] was willing to invest when no-one wanted to. Every Saturday morning he phoned me. He never asked me about efficiency, it was always “how’s the quality” and “what can we do to improve it?”.

‘We would meet two or three times a year and he would go through every single thing we were doing. We got money to invest in new technology that no other firm would have got.’

We’re back with the algae. ‘The trouble with photobioreactors is that the technology is expensive and not yet cost-efficient,’ he adds. ‘But in 5-10 years’ time, you could see full-scale algae plants. I realised this and, as it wasn’t stacking up commercially, I proposed to Charles that we close the pilot trials down and allow the technology to catch up.

‘Then he said: “I want you to do it because you will fail.”

Scaling up: Glenfiddich is undergoing a multi-million pound expansion

A distillery is an unlikely place to hear a variation on Beckett’s ‘Ever tried. Ever failed. No matter. Try again. Fail again. Fail better.’ There again, maybe innovation is as much about failure as success.

‘Retaining character while always charging forward is a high-wire act,’ explains Ross. ‘Innovation is key. You think that there is nothing else to do, but there are always deeper insights which have in turn brought greater opportunities.’

It’s also vital. ‘You may have competitive advantage with an innovation for a limited period of time, but during that time you have that advantage.’

So even though you have to keep moving forward, isn’t there a risk that you can innovate identity away?

‘Definitely. There’s innovation and tradition, and I think we have a good blend of both. We can try new things, but if it pulls away from the brand heritage then Peter Gordon or Glenn will say “no”. There is no compromise on that point.’

So does that mean there’s new technology being built into the new Glenfiddich?

‘Any scaling up has to be about how you approach it from the technical side, yet still have latitude for innovation in the brand while respecting heritage and authenticity. It gets technically… complex.’

There’s also a danger that any small change can have huge repercussions.

‘Yes. Here’s an example. Balvenie new make has a vanilla note. We saw that the extract from the mash tun wasn’t great, so we lifted a plate and saw that they were worn. New plates go in and the extract is great. In comes the analysis and there’s no vanilla because the husk wasn’t getting through. There’s a lesson that the slightest, most innocuous, change can have substantial effect.”

And what did you do? That smile again. ‘Oh, we put the old ones back in.’

Do you think you’ve seen it all?

‘I’m still learning,’ he says. ‘There’s so much stuff which we have done that starts off like chasing rainbows, but I go back to Charles and his “failure helping us to move forward”. There is still so much I want to know and do.

‘There’s a lot we can still do as an industry in adding value to co-products. In 1982, I worked on a project to develop anaerobic technology [to produce biogas from the distillery’s effluent]. The learnings from that allowed us to build large-scale anaerobic reactors in 2009.

‘We put 70m litres of alcohol a year into the atmosphere in Scotland – now there’s a challenge, because that is value being lost.

‘I think we are on the verge of making big breakthroughs in bioenergy, new technology and step changes in distilling. I see a great future, but the industry has to be greener, it has to be socially responsible.’

I think back to the Balvenie story; lifting the plates, seeing what’s happening, noticing the small details. Someone needs to be in charge of the invisible to ensure whisky moves ever forward. Whisky needs people like John Ross.