Ronnie Cox and Scotch whisky go back 40 years and seven generations. From meandering the whisky rapids of ’80s Latin America to tinkering with age statements and vintages, Berry Bros & Rudd’s brands heritage director has plenty of stories up his sleeve. Melita Kiely reports. 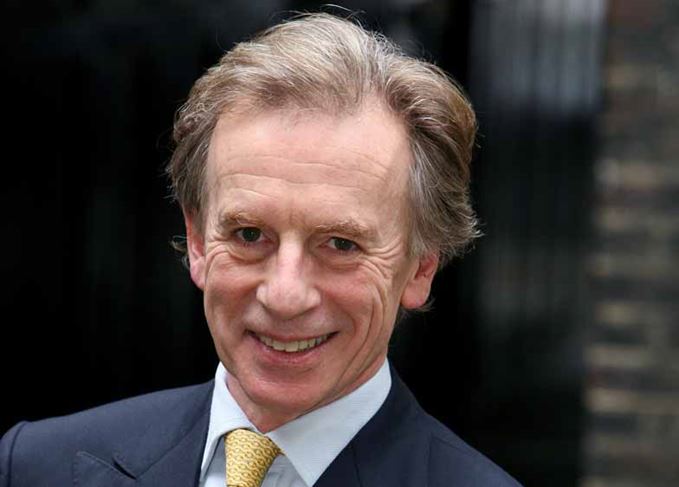 The story-teller himself: Ronnie Cox has a reputation for captivating narrations

A raconteur who’s as gifted as Ronnie Cox makes interviewing light work. ‘I’ve had a gun pointed to my head – twice,’ he quips, as we dive head-first into his past. One particular fracas was the result of ‘quite a hairy encounter’ with a drug baron in Colombia who wanted to dance with Cox’s then girlfriend. ‘It all ended well, though,’ he reassures.

The Berry Bros & Rudd brands heritage director has no shortage of stories to tell from his time breaking into the whisky market in 1980s Latin America – and, unsurprisingly, many involve Cox charming his way out of sticky situations.

‘I’ve been told to get out of various countries when people who shouldn’t have known about my arrival, did know about my arrival,’ he explains. ‘Once, I got a telephone call when I arrived at my hotel in Paraguay from a distributor I fell out with the year before as we decided to stop doing business with him. “I thought I told you never to return to this country?” he said. I took the first flight out.’

Cox descends from seven generations of whisky distillers – two illegal – which can be traced back to the late 18th century. ‘One of my relatives was fined twice, £200 and £300, in one year for illegally making and selling whisky,’ he says.

As a young school leaver, he opted out of university and was offered a one-way ticket to anywhere in the world by his father, provided he stayed there for at least three years. He chose Germany, where he worked for well-known sparkling wine brand Henkell. ‘I then went to live in Spain for a year and found that the consumption of alcohol was so great I had to return to the UK,’ he jests.

Back on home turf, this was the beginning of Cox’s climb up the whisky ladder. Through a contact in the Scotch whisky industry, over six months Cox worked his way around five or six distilleries, learning the trade as he went. These sites belonged to Distillers Company Limited (DCL) and Cox was eventually brought on board and shipped off to Latin America to work on Black & White and Buchanan’s, then owned by DCL and now part of the Diageo stable.

‘I soon learned the way of whisky distribution in Latin America was “alternative”, where 80% of whisky consumption was done without any duties or taxes being paid,’ Cox recalls. ‘On one occasion I was offered a kilo of wrapped-up white powder in exchange for 500 cases of Black & White whisky in Colombia. The wholesaler throws down this package and pricks it open with a pencil to make me taste it.

‘It was sugar. He became one of the biggest distributors of Black & White and Buchanan’s in Latin America.’

Following the sale of DCL to Guinness in 1986 (and the creation of United Distillers), Cox continued to work across the region, but based in the UK. Several years later in 1989, he jumped ship and went to work for Berry Bros & Rudd, where he was put in charge of Scotch whisky blend Cutty Sark in Latin America. Cox says it was a ‘struggle’ to get Latin Americans to latch onto the lighter, naturally coloured Cutty Sark – compared to the darker whiskies they were used to drinking.

In 2010, Berry Bros sold the blend to Edrington in exchange for the Glenrothes brand. ‘I worked to promote and develop the single malt around the world and taking PR opportunities wherever I could,’ enthuses Cox. ‘We’ve grown from 500 cases in 1994 to 60,000 cases today.’

Cox admits that Glenrothes hadn’t capitalised on the single malt surge of the ’90s by the time he came on board. But, with the wine and whisky experience he had accrued so far, he was able to take the brand in a new direction.

‘We don’t use age statements, we use vintages,’ he explains. ‘There was no brand at that time that had vintages. Have we had to work harder for consumers to understand vintages? Yes, absolutely. But the vintage concept allows us to demonstrate the character of the distillery in the same way a wine château does.’

Cox harbours a particular love of single malts, an area he’s specialised in for the last 15 years of his working life in a bid to understand what makes good whisky great. ‘Blends are for drinkers, whereas single malts are for thinkers,’ he contends.

He’s fiercely passionate about positively advocating Scotch whisky across the globe, and a champion of the Keepers of the Quaich. ‘It’s like a club of ambassadors for Scotch, and it’s really through this sort of thing that Scotch whisky has managed to retain its position as the largest and most appreciated of all distilled spirits in the world.’

With 40 years in whisky behind him – 27 of them with Berry Bros – Cox can claim to have done his fair share of bolstering the category. But, for all the perks that come with the job (Cox claims to have dined in 3,785 restaurants at time of interview, ‘most of them paid for by various clients’), there have also been sacrifices.

‘I have lost in my time travelling probably at least 70-100 shirts, 100 pairs of socks, two suit blazers and I’ve missed 18 flights in my life,’ he says. On a more serious note, he laments that demanding travel schedules – 25-30 weeks a year – mean he has missed out on his two children growing up, though he is ‘making up for it now’. His only other real regret is not mastering the art of curing jet-lag.

But there’s still the elephant in the room to discuss – those famous red socks.

‘In any battle in Scotland until around the 18th century they fought with swords, and red socks were worn to hide the blood and disguise any injuries you might have on your legs. Well, back in 1296 my ancestor Red Comyn became a Guardian of Scotland, and he had a right to become king. But he was stabbed in a church while praying by Robert the Bruce and died. So I wear red socks in his honour,’ he explains, before concluding: ‘Plus, it means I never have to worry about odd socks.’

And if red socks can’t help Cox the next time he finds himself staring down the barrel of a gun, the ‘double double’ measure of Glenrothes he carries on his person at all times might do the trick.