This year’s Whisky Live Paris witnessed rising attendances, despite the spiralling cost of single malt in France. As many new faces made a pilgrimage to the docks of the Seine, Christine Lambert reports on a vibrant – and fast-changing – Parisian whisky scene. 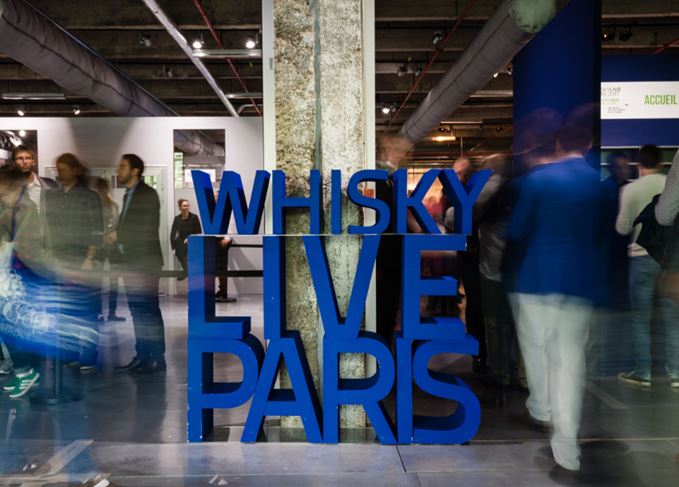 Whisky Live Paris: 10,300 visitors descended on the festival at the Seine docks

Something was changing – although nobody could agree on what – within the vast passageways of Whisky Live Paris, which closed its doors on Monday night after three days of festivity. A lot of new faces were among the visitors, and it was about time. As one old industry insider put it: ‘Until last year, you could kiss hello almost everybody attending the festival.’ Younger, curious, whisky-loving faces. Not that the older ones had disappeared. No, they had just headed straight to the VIP bar.

And, in an acknowledgment of this, the organisers had enlarged the Collectors’ Room to 200sq m, to match the €120 ticket it cost to enjoy the tremendous pleasure of dusting the counter with one’s sleeve while sipping the most exclusive – and expensive – bottlings.

The insane cost of single malts has become a major concern, and in France it upsets the consumers and the big guns of the industry in equal measure. The former because the idea that you will soon have to sell a kidney on the black market in order to afford your favourite whisky is mildly disturbing.

The latter because, since in France over 80% of the whisky is bought in supermarkets, the pressure is high to keep the prices lower than the major companies would like to set them. It is thus understandable that everybody was willing to make the most out of Whisky Live this year.

Whisky lovers who paid €68 for their ticket were hopping from stand to stand, not missing a spot; and the big brands had made sure they built the most imposing and attractive displays to lure them in.

It all worked out fine. The crowds queuing at Talisker, Lagavulin and Caol Ila, Glenfiddich, Ardbeg, Suntory, Nikka and Jameson were impressive, packed with geeks who, only a couple of years ago, would have avoided some of these stands to focus on the ‘hidden gems’ – the independent bottlers and micro-distilleries. But something has changed.

Unlimited editions: New whisky releases were everywhere at the festival this year

Something has changed, and it probably has as much to do with the high prices as with the insane quantity of new releases landing on the shelves at an accelerated rhythm. Don’t get this wrong: diversity, novelty, quantity and choice are things you fully expect attending a whisky festival.

But once you resume normal life – those other 362 days of the year – you have to admit that the whisky industry took a little too seriously the mission of quenching the amateur’s thirst for novelty (guys, we’re drowning).

And the French whisky lovers find some reassurance in the familiar names, the classics. The bottlings that don’t surprise them, for sure, but more importantly never disappoint them. Sometimes you just need to get back to playing the classics instead of the trendy tunes.

‘This was probably the most complete, most developed Whisky Live we had in Paris so far,’ says Thierry Bénitah, CEO of La Maison du Whisky and organiser of the festival. ‘We managed to address the mainstream crowd, the collectors and the high-end amateurs with the same attention.

‘The VIP room has never displayed so many expressions, especially from independent bottlers, but we are very much aware of the increasing number of new releases, and know we must insist on selection and quality.

‘This festival is a key moment for the whisky category as a whole – not just for us – and everybody was paying a lot of attention to it. This year more than ever, since the market has been really tense these past months.’

Immersive experience: Richard Paterson was on hand to offer a Dalmore masterclass

The festival has become more than a festival; it is an experience, where you can feel the mist of Skye, immerse yourself in Islay via special glasses, try food pairings with Aberlour and enjoy cocktails made with Jura single malts. You can learn from the free masterclasses in the centre of the open space, as a way of reminding us that education is at the heart of whisky.

Splendid and successful: the number of visitors increased again this year (10,300 people, up from 9,000 in 2016), and it was obvious that moving the festival to the docks overlooking the Seine was a smart move.

Paris has become a place of choice to launch new releases: Aberlour Triple Cask and Casg Annamh (two French exclusives), the first Cotswolds whisky, two Compass Box limited editions (Phenomenology and No Name), the Nikka Coffey Gin and Coffey Grain. And it is a favourite spot for the small distilleries to meet the public, such as Box (Sweden), Slyrs (Germany), Maison Benjamin Kuentz (France), Widow Jane (US), Cotswolds (England) and Wolfburn (Scotland).

‘Not so long ago, when I was explaining our philosophy, our work with the grains, climate and soil, people were lost,’ remembers Frédéric Revol from Domaine des Hautes Glaces, based in the French Alps. ‘But now they get it immediately, they are ready for it.’

But then again, something has changed, and Whisky Live Paris summed it up this year by also becoming a rum festival, with an increased space dedicated to the premium brands of the sugar cane spirit. And, judging by the crowds pressing up against the stands, it was now crystal-clear that many amateurs were here to taste rums. More importantly, most of the visitors came to embrace both whisky and rum, feeling that they didn’t have to choose.

Premium rum is enjoying a moment in France, but a quick look at the numbers should convince anyone that no – definitely no – rum is not the new whisky. Not yet. If some 142m litres of whisky were sold in France in 2016, ‘only’ 34m litres of rum stroked our throats, mostly mixed in cocktails.

Downstairs, near the Seine, Cocktail Street was displaying food trucks and bars, welcoming loads of hungry visitors and mixology fans in the deafening bass of techno music. The success of the place (15,000 visitors) offers hope to the blended Scotch brands anxious to market their spirits with a cocktail angle, but one mustn’t be fooled: in France, rum is catching up quickly with whisky in bars, hotels and restaurants, whereas blends are declining in the on-trade market.

Put the blame on the Mojito. For the past 15 years, the French can’t seem to get tired of slaughtering mint leaves in crushed ice. And that hasn’t changed.