Frustrated by the lack of industry appetite for change, but content to have found what he believes is a legal workaround, Compass Box founder John Glaser still believes true transparency will come in time. Richard Woodard reports. 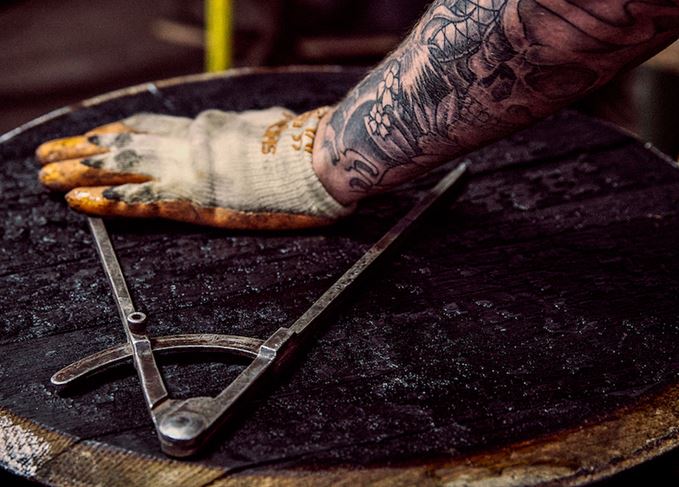 End of the affair?: Compass Box does not believe we’ve heard the last of transparency

We had a rule when I worked in newspapers: never start a campaign unless you’re 100% confident you can win it. The most Compass Box can claim from its drive for increased transparency in Scotch whisky is a score draw – so company founder John Glaser isn’t willing to let the issue go completely.

‘I guess it’s the end of the campaign for now,’ he concedes, after revealing the legal compromise which he believes can deliver transparency, but only on request. ‘We have got a workaround, although it’s not ideal.

‘But I believe that the issue is not going to go away, and I’m confident that, over time – it might take years – the industry, working through the SWA [Scotch Whisky Association], will come around to the idea that this law doesn’t make sense any more, because consumers have a right to know, and producers have a right to share the components in their products.’

The issue, which first surfaced almost a year ago, is this: the law as it stands only allows companies to reveal the age of the youngest component in any Scotch whisky, however much modern consumers might want to know precisely what’s in their glass.

When Compass Box broke that law in promotional material linked to the launches of This Is Not A Luxury Whisky and Flaming Heart, a member of the SWA noticed and complained, with the result that the SWA pointed out the potential misdemeanour to Compass Box.

That prompted an open letter to the industry from this website, and the launch of a campaign by Compass Box to get the law changed. Now, several months on, the company has admitted a qualified defeat.

‘What we have been informed of since we kicked off the transparency campaign was that, through the SWA, the industry if you will has communicated that there’s no desire to effect any change in the law at this time,’ says Glaser. ‘They view the law as “fit for purpose”, in their words.’

The SWA, it should be said, only acts in expression of the will of the broader Scotch whisky industry, or of the vast majority of it (Compass Box and Bruichladdich, another champion of transparency, are two of the few companies that aren’t members).

And it should also be pointed out that not everyone in Scotch whisky was either contrary or indifferent to the Compass Box stance.

‘There were some people in the industry, some companies in the industry which did agree with us that there is some need for change – so the feeling was not unanimous by any means,’ says Glaser. ‘But there is no appetite at the moment for change.’

Brexit didn’t help. A conference call between Compass Box and the SWA was scheduled for the day after the EU referendum result. ‘Clearly, they communicated to us that they had some more pressing issues that they had to deal with that day,’ recalls Glaser.

‘With the uncertainty that Brexit has caused for all UK-based industries, and for the SWA in terms of trade relations and tariff agreements, there would be no sense – even if they wanted to change the law – in starting that process now.’

And so we are where we are: Compass Box believes that it can reveal the ages (and other detailed information) of the components in its whiskies, based on its consultation with lawyers specialising in commercial law, as long as the company does so reactively, rather than proactively.

The SWA is yet to pronounce its own view on this interpretation of the law. A spokesperson told us: ‘The existing rule is simple, well understood, and our members have reiterated that they believe it was introduced for good reasons, which have not changed.

‘We recognise that there are complex issues here, and that we will study the proposal from Compass Box carefully. The priority at the moment, however, is ensuring that the industry is well-placed to navigate the challenges and uncertainties thrown up by the Brexit vote.’

Glaser, for one, believes that his footing is sound. ‘The very clear, confident legal advice is that, while we should not be actively promoting the ages of the components in the blends, we can give people the information when they ask us for it… If you ask, we can tell.’

And, in the end, is that enough? Glaser pauses for a moment, then says: ‘I’m pleased we have a way to go back to what we have been doing for 15 years: being completely open, honest and transparent with people.