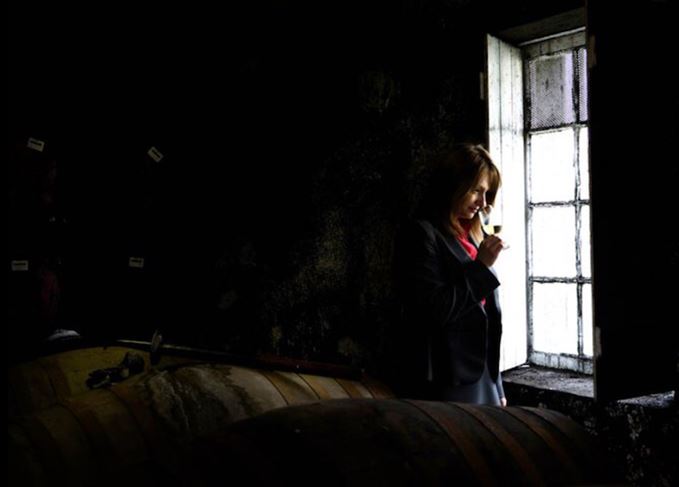 Barrie, who has worked for Morrison Bowmore Distillers (MBD) for five years, will become whisky maker for the Edinburgh-based business, whose distilleries include BenRiach, GlenDronach and Glenglassaugh in Speyside.

She will leave her position with MBD, which is part of the Beam Suntory group, at the end of next week, and take up the reins at BenRiach on 1 March.

Although BenRiach would not confirm that its current master distiller and blender Billy Walker was preparing to leave the company, it is thought that Barrie is being lined up as his replacement.

Walker was also formerly managing director of BenRiach Distillery Company, which was sold to Jack Daniel’s owner Brown-Forman in June 2016 for £281m.

As an Edinburgh resident, Barrie said her decision to join BenRiach came down to a combination of opportunity and a shorter commute.

She said: ‘With the integration of Beam Suntory and MBD there are people with similar jobs etc, so I thought this is my opportunity to have a huge influence and to really make a difference in making whisky. Billy is moving on, so for me to follow in his footsteps to take a view on so many aspects of whisky creation was a good opportunity.

‘I spent five years with MBD and got to know all their stock profile, every little nugget. I put my heart and soul into it. There’s phenomenal whisky being released and there will continue to be phenomenal whisky, but I can make a greater difference at BenRiach. I’m absolutely honoured, privileged to have spent the time with all these phenomenal whiskies.’

During her time at MBD Barrie created, among other whiskies, the Bowmore Devil’s Casks series, as well as Bowmore Mizunara – the first Scotch whisky to be finished in a Japanese oak cask.

Prior to joining Morrison Bowmore Distillers, Barrie worked with the Glenmorangie Company for 16 years, eight of which were spent as whisky creator and master blender.

She also worked at the Scotch Whisky Research Institute with the late Dr Jim Swan, who died earlier this week.

‘Everything Jim Swan taught me ironically enough is what BenRiach’s distilleries are like – slow and steady, incredible complexity, quality that’s way ahead,’ she added.

The final whiskies to be released under Barrie’s tenure will be the Bowmore Fèis Ìle 2017 bottlings for the annual Islay Festival in May, as well as the new Auchentoshan Bartender’s Malt, which has been created in collaboration with bartenders and will be released this summer.

Ron Welsh, senior manager of inventory management and spirit quality at Beam Suntory, said: ‘We are delighted for Rachel, and we know she will be a great asset to BenRiach.

‘Rachel has made a lasting impact during her time at MBD and Beam Suntory, playing an important role in the creation of some of our most innovative and premium whiskies.’