Last weekend marked 100 years since the start of the Battle of Arras during the First World War. Captain William (Bill) Smith Grant was one of the Scottish soldiers who fought in the bloody battle – and, unlike many others less fortunate, lived to tell the tale. Iain Russell recounts the life of one of Scotch whisky’s most interesting characters. 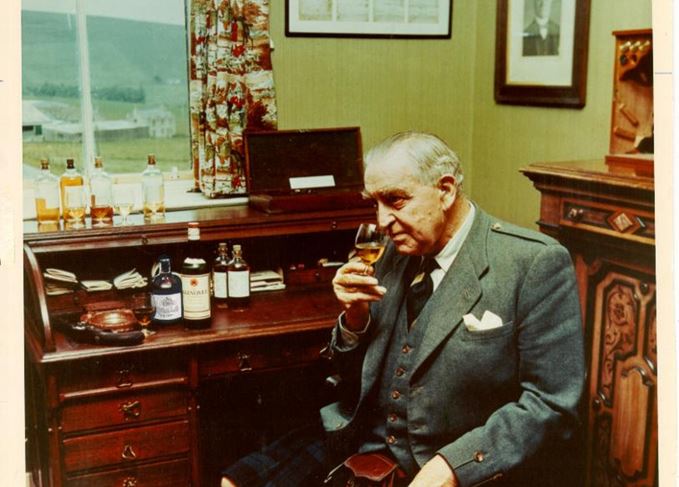 Army man: The Glenlivet founder’s great-grandson was educated at Sandhurst before WWI

On Sunday, 9 April commemoration services were held in the UK, Canada and France for the men who lost their lives in the Battle of Arras. The battle, which lasted from 9 April until 16 May 1917, was one of the bloodiest of the First World War. More Scottish units – 44 battalions in all – fought there than in any other engagement during the four-year conflict.

One of the Scottish soldiers who served at Arras was acting Captain William Henry (Bill) Smith Grant (1896-1975), great-grandson of George Smith, founder of The Glenlivet distillery. He survived to become one of the great characters in the Scotch whisky industry.

Bill Smith Grant fought in the preliminary skirmishes of the battle. His Battalion, the 1st Gordon Highlanders, had moved up to the front in March and was tasked with raiding German lines, to probe the defences and bring back prisoners to interrogate about enemy strength and deployments. Smith Grant, who led one of the raids, had only recently returned to active duty after recovering from wounds suffered in action during the previous year.

The National Guardian reported that Smith Grant was wounded again during the raid, but that ‘he continued to direct operations, bombed a hostile enemy machine gun, and killed two of the enemy. He set a splendid example throughout, and was largely responsible for the success of the raid’.

He was awarded the Military Cross ‘for conspicuous gallantry and devotion to duty when in command of a raiding party’. His wounds were so serious, however, that he was sent back to Britain to recuperate.

Smith Grant had been educated at Sandhurst and had chosen a career in the Army. It was intended that his elder brother John would inherit the famous distillery and the family’s farms.

However, John had also gone to war in 1914 and was wounded in action while serving with the Royal Flying Corps. He died in France in 1917, when a bomb struck the operating theatre in which he was undergoing surgery. His younger brother left the Army in 1921 to take his place as a distiller and farmer in Glenlivet.

Standing tall: Bill Smith Grant left the army in 1921 to take over The Glenlivet distillery

The 1920s and early 1930s were difficult years for independent whisky distillers. The introduction of Prohibition in the US, followed by the Great Depression, resulted in a collapse in demand for Scotch whiskies: the large British blending houses responded by slashing their orders for fillings of single malt whiskies.

Smith Grant felt a genuine sense of responsibility for the 50 men who worked for him at The Glenlivet and for the local community, and was determined to keep his stills working. He decided to promote sales of his whisky as a single malt, to reduce his dependency on the custom of the blenders.

Blended Scotch whiskies had become enormously popular since the late 19th century, and by the 1920s it was comparatively rare to find bottled single malts for sale beyond Scotland’s borders.

However, Smith Grant trusted in the strength of The Glenlivet’s reputation and had some success marketing The Glenlivet in the UK, winning customers that included White’s Club and the International Sportsmen’s Club in London. As soon as Prohibition ended in 1934, he sought to build on that success in the US.

Only a few hundred cases of The Glenlivet were shipped to the US during 1934, but sales increased dramatically thereafter. They were aided by the decision of the Pullman Company to stock miniatures in its restaurant cars; the brand acquired a loyal following among the well-to-do businessmen and other passengers who travelled aboard the special Blue Ribbon trains operating on America’s great inter-city routes.

The Second World War ruined Smith Grant’s ambitious plans for expansion in the US, as shortages of fuel and barley severely restricted production. His American customers, primarily in New York and California, were eager to renew their orders after the end of the war in 1945, but the distiller no longer had the stocks of 12-year old whisky that were required to meet their requirements in full.

They had to make do with 3,000 cases a year, and that remained the case long into the 1960s. Although modest by modern standards, The Glenlivet was by far the top-selling single malt in the US throughout that period. It remains so today.

Transatlantic ambition: Bill Smith Grant’s plans for The Glenlivet in the US were halted by WWII

Journalist John McPhee visited Smith Grant at the distillery in the 1960s. He described him as ‘tall, powerfully framed, with a large head, a heavy face [and] a full-bodied voice’. He was invariably photographed in his old Hunting Grant tartan kilt and his Highland Brigade tie, often with a cigarette in hand and sporting a grumpy demeanour. He pronounced Glenlivet as ‘Glenleevit’ as his family and their neighbours had always done.

Smith Grant could be alarmingly forthright in his views. He grumbled when American customers insisted that they must have The Glenlivet at 12 years old, arguing that it was perfectly good at 10. He told a reporter from Time that he was horrified at the American custom of drinking Scotch with ice or soda.

And when he was asked what made The Glenlivet so distinctive, he refused to deliver a conventional marketing ‘spiel’. ‘There’s nothing secret about it,’ he told McPhee. ‘It just comes out like that. It isn’t the barley. We’re using the same barley everyone else uses. It’s not really the stills…’

Pressed to give his opinion, Smith Grant’s view was simple, if hardly scientific. ‘I think it’s 99% the water,’ he said, ‘and a certain fiddle-faddle in the manufacture.’

After the war, Smith Grant acted decisively to keep his business out of the hands of the multinational companies which began swallowing up Scotland’s independent malt whisky distilleries. In 1952 he joined his friend Dougie McKessack to form The Glenlivet and Glen Grant Distilleries Ltd. In 1970, they agreed to join with one of their biggest customers in Scotland to form The Glenlivet Distillers Ltd.

This prosperous business allied the sought-after single malts The Glenlivet, Glen Grant and Longmorn with the highly successful Queen Anne and Something Special blends. The company remained independent for the rest of Smith Grant’s lifetime.

Bill Smith Grant may never have intended to become a distiller, but he was recognised as one of the most famous figures in the industry. He guided The Glenlivet through the difficult years of the ’20s and ’30s and led the single malt Scotch whisky revival in the UK and US. Funnily enough, he did all that without becoming a devoted whisky drinker – like many distillery owners of his generation, he preferred to unwind with a gin and tonic. 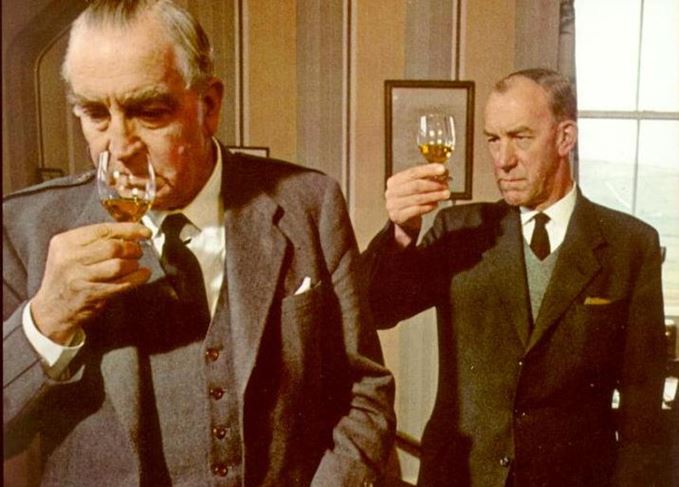