This historic blend is linked to Ben Nevis and Tormore, and named after a notorious bootlegger.

Still in production as Long John Special Reserve, this long-established standard blend was named after the legendary ‘Long John’ Macdonald, who founded Ben Nevis distillery. Its malt was supposedly a key ingredient, though Long John’s core later became Tormore, which began distilling in 1961.

Now owned by Pernod Ricard, and still widely drunk in France, Long John claims to contain 48 different malts. It has light, cereal notes, a distinct sweetness and a short finish. 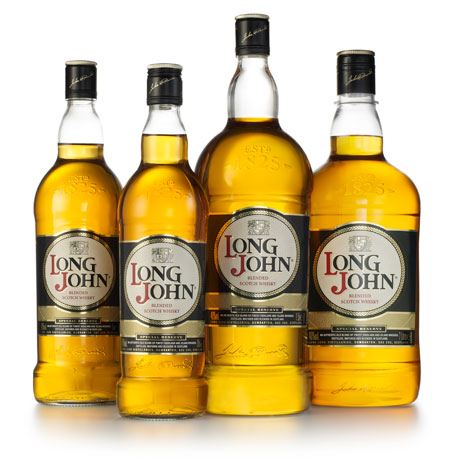 The story goes that Long John Macdonald was a notorious bootlegger who came in from the cold and took out a license for the Ben Nevis distillery, just outside Fort William, in 1825.

Before the end of the 19th century Ben Nevis was producing one of the first brands of single malt – Long John’s Dew of Ben Nevis. While the distillery operated sporadically until it was bought by the Canadian distiller, Joseph Hobbs, in 1941, its Long John brand name had been sold to London wine and spirit merchant W.H. Chaplin & Co. some 30 years earlier, during what had been a tumultuous period for the Scotch industry.

Long John passed into the hands of Seager Evans in 1936 following its takeover of W.H. Chaplin. The gin distiller – which had built Glasgow’s Strathclyde grain distillery just 10 years earlier – had been seeking an established brand with which to grow its newfound Scotch business. In 1937 the group also acquired Glenugie malt distillery, so it’s very likely some whisky from Scotland’s most easterly distillery made it into the Long John blend.

In 1956 Seager Evans was acquired by US group Schenley Industries, which passed it onto British brewer Whitbread in 1975. By this time Seager Evans had amassed an enviable portfolio, which also included Laphroaig distillery on Islay, Tormore in Moray, the Plymouth gin distillery in England and the Black Bottle blend. However Whitbread noted the star in Seager’s portfolio was the historic blend it acquired from W.H. Chaplin back in the ‘30s, and following the 1981 purchase of Ben Nevis distillery – Long John’s spiritual home – it renamed the company Long John International Ltd.

The blend then passed to Allied Domecq in 1989 and eventually to French group Pernod Ricard in 2005, since when its key market has been France.