Why, in today’s gender-inclusive world, is whisky still perceived as ‘a man’s drink’? Becky Paskin explores whether women really are intimidated by Scotch, and how the industry can normalise female enjoyment of whisky. 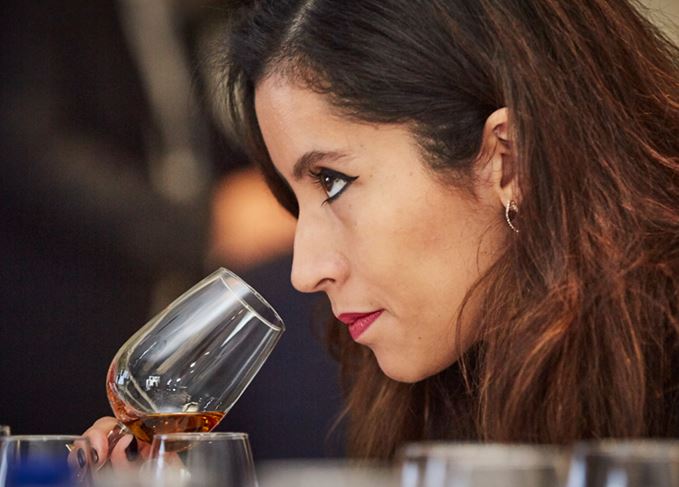 So much of the social media storm surrounding the launch of Jane Walker could have been avoided, had its vice president not uttered this one sentence in an interview with Bloomberg last month: ‘Scotch as a category is seen as particularly intimidating by women.’

What had been intended as a display of support for gender equality faceplanted into a frenzied backlash from whisky fans who instead perceived the limited edition blend as ‘patronising’. ‘Get a grip ... this isn't progress by any stretch of the imagination ... whisky is whisky ... we don't need wee girlie names or labels,’ @lynnslkcmoore tweeted.

Women, it seems, are not so intimidated by whisky after all. In fact, 64% of respondents in a recent poll of more than 400 female Metro.co.uk readers felt they ‘couldn’t be less intimidated by Scotch if I tried’, while only 25% said they felt intimidated by all whisky.

While the majority of respondents were likely whisky drinkers already (the poll was included within a satirical article entitled: A guide to drinking whisky if you’re a weak female), whisky can still be an intimidating arena for the uninitiated, regardless of gender.

Kelly Carpenter, founder of the Scotch Malt Whisky Society’s Canada branch, believes the issue is not unique to whisky, or women. ‘Anything can be intimidating to anyone with a lack of knowledge or experience or understanding,’ she says. ‘Men are as intimidated as women. Gender has nothing to do with it.’

Nicola Riske, brand ambassador for Macallan, hosts whisky tastings all over the world, and insists she’s never noticed a gender disparity among those feeling overwhelmed by whisky as a newcomer. ‘It’s very rare actually that I meet someone who immediately has an adverse reaction to whisky. I find there’s a curiosity there, and more than anything it’s just they may have felt shy or intimidated by whisky as a whole, both men and women, if they are not familiar with it.

Cara Laing, director of whisky at Douglas Laing & Co., agrees: ‘It is quite a daunting drink to go and order in a bar scenario or make a purchase of when you first start out, because it is a complex drink – there’s various regions and styles and wood finishes, and you get non-chill-filtered, coloured or uncoloured, cask strength, cereal strains... that’s bamboozling even to some of us in the industry, never mind people who don’t work with that terminology day in, day out.’

Male-oriented: Traditional whisky advertising, like this 1930s ad, was aimed squarely at men, with women used as props

Laing is just one of a growing number of women working in the creation of whisky in Scotland, who today account for a sizeable chunk of the industry’s total workforce, in roles from distillers and blenders through to marketers and brand ambassadors.

More than half of Diageo’s blenders are now women, while 53.3% of Compass Box’s team are female. The Scotch Whisky Association (SWA), the trade body representing the industry in government and export, is run by a woman. Yet, despite women’s significant role in the creation of whisky, the perception lingers among the general public that whisky is a ‘man’s drink’, and intimidating to women in particular.

Karen Betts, who took over as chief executive of the SWA in May last year, is still shocked by the reaction she gets to her drink preference. ‘I’ve been surprised at how many men and women say to me: “Do you really drink whisky?”’ she says. ‘There’s so much for anyone to love in whisky, and I’ve never considered it particularly male.’

Even Laing, whose family has blended and bottled Scotch whisky for generations, is used to a raised eyebrow. ‘I’ve now lost count of the number of times working behind a stand at whisky shows where you get the slightly older man saying to you: “Oh, but you’re a girl. What on earth do you know about whisky?”

‘That’s where it’s quite nice to gently say: “Well, what would you like me to tell you and I’ll try and answer your questions.” Generally they acknowledge they shouldn’t have said that and they are pleasantly surprised I know as much as I do.’

It’s a common tale among many women working in the industry globally, as well as whisky lovers who often meet quizzical looks when ordering a dram, but it’s hardly new.

Traditional whisky advertising was always aimed squarely at the gentleman drinker, with women playing a supporting, often subservient, role. In a world where gender stereotyping was the norm, men drank whisky, while women were expected to choose daintier, more ‘feminine’ refreshments. During the mid-1900s it was decided that women were in fact worth advertising to, initially as gift-givers, then as consumers themselves, but by that point the standard had been set.

‘Over 40 years marketing was based heavily around men drinking whisky and women playing a side role,’ says Alwynne Gwilt, whisky specialist at William Grant & Sons. ‘It’s been an ingrained idea for such a long time and the reality is it’s been perceived that way for decades. You can’t change people’s viewpoints over night.’

Gwilt believes the key to challenging this perception of whisky as a ‘man’s drink’, and diminishing its intimidation factor, is through both education of the liquid and sensitive marketing. ‘I’d like to see a genuine reflection of the consumer in whisky marketing that’s gender-balanced,’ she says.

‘Don’t just replace the guys with women. There are many brands saying they are focused on 18- to 25-year-old males, and when you look behind the scenes that is who they’re still targeting and that needs to shift as well.’

Arguably the only Scotch whisky campaigns to successfully portray an inclusive face of the modern whisky drinker are those from Haig Club (which features an equal mix of men and women) and Glenfiddich’s Bourbon Barrel Reserve, a US-only expression launched in 2016 that reimagined the single malt whisky drinker through a series of short films.

Despite the ‘misstep’ over Jane Walker, Johnnie Walker’s VP Stephanie Jacoby is all too aware of the influence large whisky producers have in swaying consumer opinion. ‘As advertisers, we have the power to normalise gender equality in what we choose to show in our ads,’ she says.

‘That’s super-important – the woman as the consumer as opposed to the onlooker. People like me have an important job to do in ensuring that we are really moving toward gender parity in what we’re showing and how we’re talking about our brand.’

Jacoby, like many others in the industry, does however see a shift in the way both marketers and consumers think about women’s relationship with whisky. ‘For many years – decades – marketing was mostly focused on men. I see things really changing, and changing quickly now, but I think we have some catching up to do.’