For generations, the whisky industry has been peddling the idea that Scotch flavour profiles can be categorised by regional styles, explaining the flavours produced in Speyside, Campbeltown, the Highlands and Islands. But does such a notion still exist in the 21st-century whisky world? Sean Baxter thinks not. 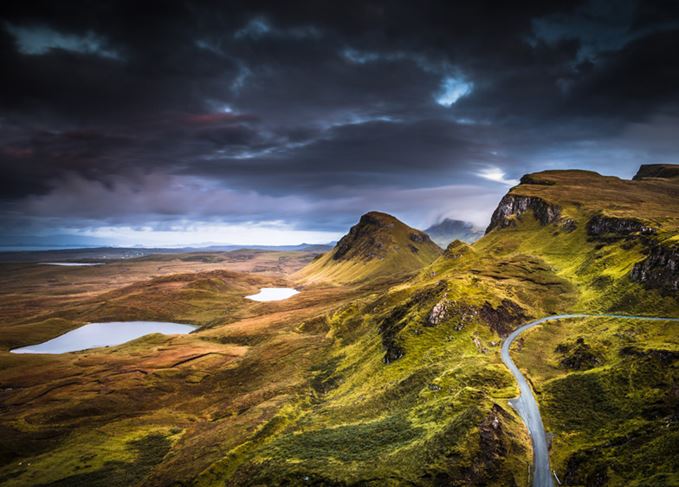 Previously working as an ambassador for the biggest global Scotch whisky distributor in the world gives you access to a lot of stuff (mainly paraphernalia on tiny USB drives). There were always flavour maps, tasting tables and other spectacular graphical aids to assist in the delivery of whisky wisdom to a salivating crowd.

The easiest to understand was always the one focused on regionality, the glorious map of Scotland, divided into the delicious fruit-pastel colours of the Highlands, Lowlands, Speyside and the Islands. It told you what you should taste and why in boggling simplicity, deciphering the enigma of the regional whisky code into easy-to-understand flavours: Highland tastes like honey, Lowland tastes like hay, etc. I even had one on a tea towel, for those times when drying up required a specific acknowledgment of where Campbeltown is located.

However, it always felt like something a little forced, where flavours were generalised, not localised, unlike the wine terroir geographies of France and Italy. Today, regional style no longer carries the same weight as it once did, and is quickly being replaced by the flavour-focused profiles that brands themselves create. Region now stands for where it’s made, not necessarily how it actually tastes, and has become a confusing discussion point for people learning about flavour in whisky.

That’s of course if you adhere to the notion of regionality in the first place. Perhaps 200 years ago the idea of Scottish regional flavours derived from the earth, water and sky may have held greater significance. It would be impossible to deny that a farmer harvesting barley grown in his backyard, steeped in local river waters, dried over peat fires, fermented into brews using wild yeast and distilled in copper pots hand-hammered by the man himself would be anything but a product of the region. It would have tasted like petrol poured through an old sock (though mainly Highland socks, not that anyone really cared), but it would have expressed terroir.

Even if these regional characteristics had existed, would they have tasted all that different from their neighbours?

Regional flavour has always been a bit hard to argue, its beginnings built more by fiscal formalities than anything really flavour-driven. The Wash Act of 1784 split the Highlands from the Lowlands; it was taxes, not taste, that separated them initially.

When The Glenlivet became the most popular malt north of the line in the early 1800s, it was only natural that others began to copy it wholeheartedly, using its name and the style of whisky it produced (or at least attempted to). ‘Speyside style’ was more forgery than formality, at least in the very beginning. It even took the industry half a century to come to terms with where the Highlands ended and Speyside began.

The Glenlivet: As the distillery flourished in popularity in the 1800s, others began copying its style

Innovations would have also assisted in diversifying flavour, as opposed to specific environmental factors. Technology wouldn’t have travelled as quickly in the industrial age as it does today, leaving more isolated island locations literally out in the cold. Inventions such as Charles Doig’s cupola and Saladin’s box both lessened peat contact and revealed hidden distillery character, furthering the differences between them and their island neighbours. However, these monumental steps forward were less about establishing ‘Speyside style’ and more to do with creating efficiencies within the malt house.

The bottom line has always determined the style of whisky to be made, not region or terroir. English barley crops were more abundant and less expensive; Sherry barrels were used because they were cheap and plentiful; and peat use stopped because hot air was more efficient (unless you lived on some damp island where hot air didn’t exist). Flavour innovation has always rested with the distillery book-keepers, not the creative spirits knocking about the stillroom. This is not some new concept, dreamed up with the no-age-statements and limited editions of today.

When Alexander Walker started scouring the Highlands, looking for good juice for his new blends, it was important as a distillery that you stood out from the pack. Distilleries were desperate to try to create something that the big blenders of the day wanted. Blenders paid the bills, and being a key malt in any big blend was a guaranteed financial windfall for the distillery in a time before Instagram influencers and global brand ambassadors.

Even today, blenders are largely in the driver’s seat when it comes to single malt flavour, with huge volumes still purchased annually. These pressures are forcing brands to innovate and develop, expanding their collective repertoires to include as much variety as possible. Variety offers choice, and more choice leads to more customers. More worryingly, it also dilutes house style.

Barley variety: Some distilleries experiment with barley, believing it changes the flavour of whisky

Edrington has been running peated malt through Glenturret to boost supplies for Smoky Black Grouse. Conversely, Caol Ila has been producing non-peated whisky for decades for Johnnie Walker. BenRiach has been a constant example of transformation for the sake of survival and Loch Lomond seemingly sits on the fence both in style and also geography. These are but a few examples and are, of course, nothing newsworthy, having done what they do for generations, blurring regional flavour maps in favour of commercial viability.

Everywhere you turn in Scotland, whisky is being transformed and manipulated, cajoled down corridors distinctly different from the heritage of the region or the stillroom itself. Even if the argument that flavour was something connected to place was undeniably true, these expansions dilute the idea that regional flavour is something that actually matters, that somehow dictates how a whisky should taste.

More and more we are seeing innovations in flavour and, with it, the muddying of regional waters. Diverse flavour profiles of multiple casks, finishes, ages and limited editions mean there is seemingly a whisky for everyone, all from the same company, in the same location. From light and bright to bold and powerful, the big brands have provided a one-stop-shop for all your whisky tasting needs, and with this diversification we have seen regional flavour slip. No matter where a whisky is being produced, from Islay to Aberdeen, the liquid continues to change and evolve.

Perhaps this is a good thing. Growth in a market that has been plagued by downturn in the past is always welcomed, save a few grumbles from those who miss 1990s prices (who doesn’t?). However, it’s time we collectively put away the multi-coloured flavour maps that dictate regional flavour style. For better or worse, whisky is changing, and the demand for diverse and exciting flavours is at its very heart.

Anyone in need of a tea towel?