Nine things I learned about whisky this year

It’s been an eventful year for the Whisky Virgin, who looks back on some of his most earth-shattering whisky discoveries of 2018. One thing’s for sure, there’s always something new to learn. 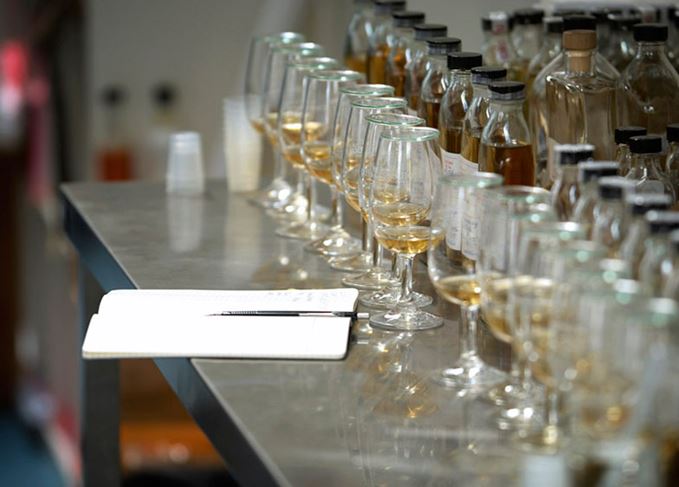 Taking stock: The new year is a timely occasion to reflect on the lessons of the past 12 months

The season of the sprout is upon us, whisky friends, and a new year is appearing on the horizon. It seems like this might be a good time to lay out my hottest takes and biggest take homes of the last 12 months ahead of a shiny, new January. ‘Is this one of those end-of-year roundup things that breaks out the usual format?’ you ask? You better believe it is, baby!

You can make whisky in Isokyrö.

That’s right mate, the small municipality in western Finland – I learned this year that they make rye whisky there now at Kyrö distillery. That whisky stuff is just everywhere, right? And that’s not the end of the global whisky fun – peeps from such ends as Melbourne (Starward) and Tel Aviv (Milk and Honey) are proving you can make the queen o’ spirits anywhere flat enough to rest a barrel, and are taking the game global. What can we expect next, Vatican City malt? Bhutanese grain whisky? Only 2019 will tell. Oh, and speaking of world whisky…

Japanese whisky is whatever you want it to be.

Apparently, the massive demand for – and small supply of – zeitgeist-capturing Japanese distillates means that plenty brands out there are selling Scottish, Canadian or origin-unknown whisky as Japanese. As a cash-strapped millennial, I’m always on the lookout for a side hustle so I might just give it a go myself. Nab some spirit, throw some kanji and maybe some fish on the bottle and sell it from under the arches like off-brand kicks. Best to get involved before the feds out East crack down on this sort of thing, I reckon. Until then, keep this one on the DL, yeah?

It’s because we’re broke. Hence my generation’s need for various side hustles. Do you want to buy a Japanese whisky? It’s called Koi. Get involved.

Age appropriate: Young whiskies can hold their own against older expressions

Age ain’t nothing but a number.

I’ll always remember 2018 as the year I learned to love young whisky. Way back in Jan I cracked into a Lagavulin captured at eight fresh and fruity years old and realised that Scotch doesn’t have to be old to drink like a champ. Yeah, super-aged whisky – like they apparently used to give away with the Radio Times and deliver by owl in the mornings – might have a certain something about it, but I’m okay with it being an occasional thing right now. Also, I realised this year that not every whisky I tuck into has to be a total thinker, some can just be a delicious refreshment. Enter, the Highball.

Highballs, where have you been all my drinking life?

Over summer 2K18 I got mad into these fizzy beauties. Seriously, I’d love to front like I’m up for drinking neat spirits all the time but that’s just not realistic. If you find yourself in a heatwave, in need of rehydration after a workout, cotton mouthed before a court appearance, or are just plain thirsty of an evening – you gotta stop off in Highball town. My top version right now is just whisky with twice the amount of fizzy water, ice and a wee garnish. Them things are great with food, are low-calorie, and practically carb-less if that’s your sort of thing. Which reminds me…

Simple satisfication: The Highball is a refreshing summer drink to enjoy in sweltering heat

Whisky is gluten free; apparently all spirits are.

Even though a lot of whisky is made from grains that contain gluten, the most unfashionable of proteins, apparently it doesn’t wind up in the finished product. It all gets left behind when the whisky magic takes place. Really, I figure this is good evidence that whisky cannot be bad for you. So even if your January plans involve cutting baguettes, the majority of cakes, and all but one of the beers your local pub stocks, you don’t need to throw the whisky baby out with the bread-y bathwater. Drams can stay on the menu whatever grain they’re made from: malt, corn, rye, whatever.

According to this interview I read while researching one of my adventures, he literally went to Kentucky and told them to make it. What a legend...

There’s probably no such thing as the best whisky in the world, and even if there is I probably won’t get a chance to taste it so I don’t even worry about it too much.

Pretty self-explanatory. This year I got a bit desperate and needy about trying Jim ‘Sherry Cask’ Murray’s top whisky of the year, a unicorn-y little Bourbon number called William Larue Weller. I mean, it’s natural to get all into scores and awards and stuff, especially when you’re just starting out in the whisky game. But when I realised that a bottle of Weller 2018 on the secondary market was going to cost more P than an emerald smoothie, I decided that it’s probs all subjective anyway. Is there a best song in the world? A best bagel? Best not to drive myself barmy over unobtainable whiskies… Unless, Jim mate you are reading this? I’m still really keen to try that William Larue Weller you said was as delicious as Yahweh’s own tears. You must still have some.

I am such a whisky virgin.

This year I took my first steps onto the tip of the iceberg, which is itself a drop in the metaphorical ocean of whisky. And basically, what I’ve learned is just that there’s a lot left to learn. At this point I may know how to order a Scotch in a bar – ‘cheap grain if you’ve got it, mate; I’m not made of money’ – but this whole whisky thing is still fully confusing to me. It means that in 2019 I’ll have lots of responsible, moderated whisky research to look forward to and plenty of preconceptions to wreck. Is Laphroaig really made of burned hospitals? Is Hibiki 17 actually discontinued? And what’s with all the glens in Scotland, anyway? All of this will be gone into, over a few drams of course.